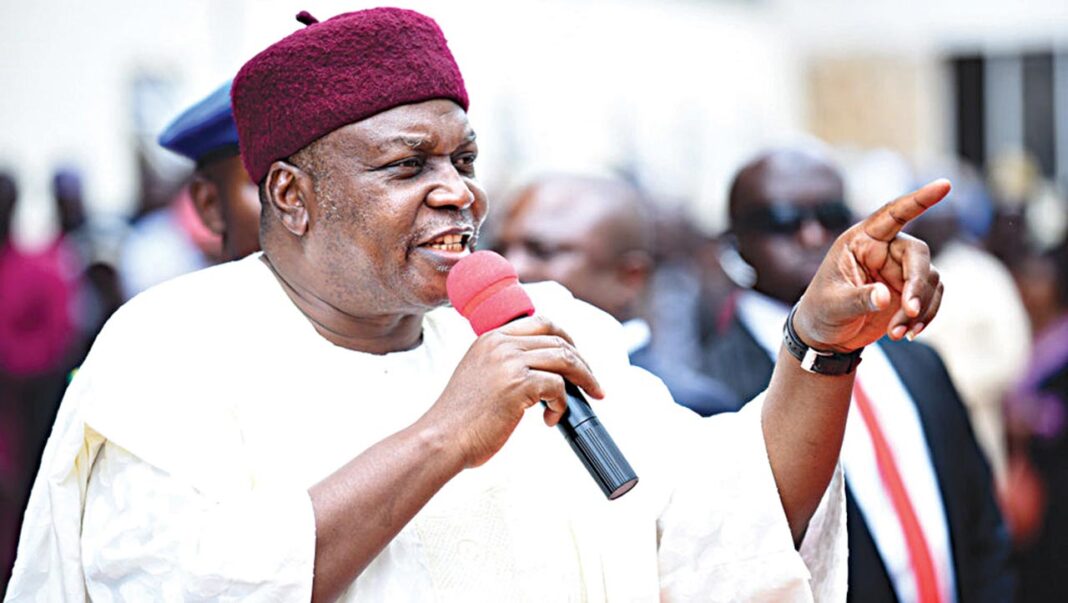 Contractors handling various projects in Taraba State have been urged to sit up or have their contracts revoked.

This was the directive of the State Governor, Arc. Darius Dickson Ishaku, who on Tuesday took his time to commission some projects not executed by him but by individuals in Kurmi Local Government Council of the State.

He vowed not to hesitate in replacing any contractor that failed to meet up with the contract agreement made with the State government.

Ishaku, who also spoke on the ongoing marraraba /Baisa road project, said all the needed funds to complete the project have been set aside by his administration.

He, however, warned that his administration would not hesitate to source for another contractor to complete the project if any of the contractors presently working on the road was found wanting.

Though works, are still ongoing on the road, the governor has set aside the second quarter of next year for the commissioning.

Applauding the hands of friendships being extended by the inhabitants of the area to the contractors, the completion of the road, he said, will be in fulfillment of his election campaign promises to the people while canvassing for their votes in 2015.

With barely 15 months to the expiration of his tenure, the governor, as noticed by DAILY POST, has again promised to bring more projects that would open the council to investors.