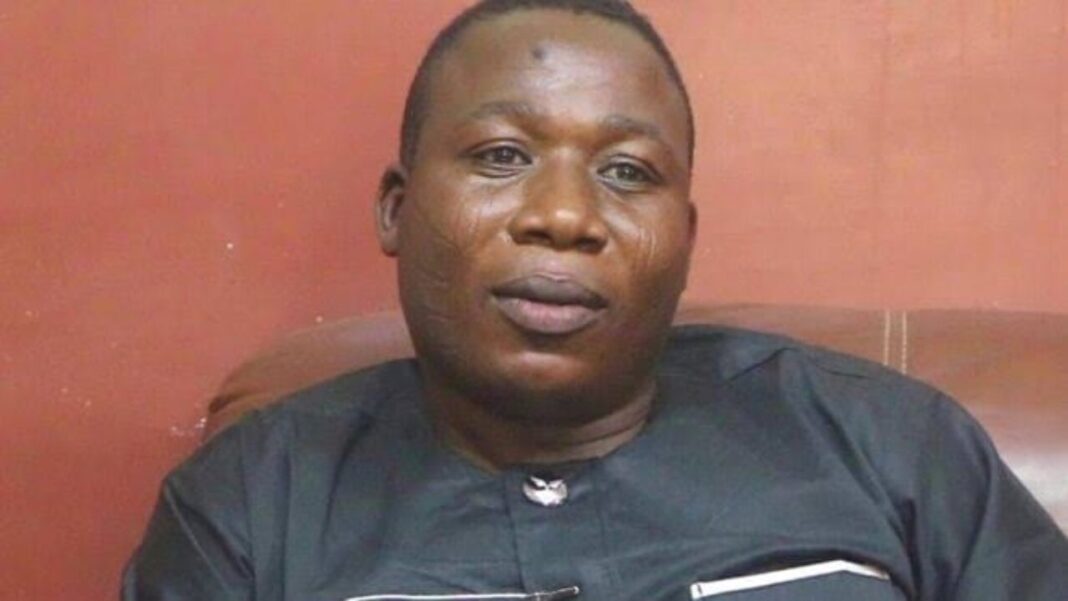 Yoruba nation agitator, Sunday Igboho has accused the Nigerian Government of attempting to eliminate him in the Benin Republic.

Igboho explained that the Nigerian Government was planning to eliminate him to silence the Yoruba Nation agitation.

He spoke through his spokesman, Olayomi Koiki, in a podcast on Tuesday evening.

He said: “The enemies are trying to eliminate Igboho. Their plan is to eliminate him so that the Yoruba Nation agenda will be silenced, but God has shown that he is above them.”

Koiki also disclosed that Igboho can’t be released through the legal route because the Benin Republic judiciary is not working.

He lamented that the diplomatic approach has failed, adding that the Benin Republic President, Talon has refused to set Igboho free.

“If you think the legal route is what will set Igboho free, then we are wasting our time.

“Benin Republic judicial system is not working. Look at the way his case has been prolonged.

“I’ve spoken with our lawyer in Benin, and he told me that only the president can set him free.

“Now, diplomacy cannot work. We have to fight for our rights.

“We’ve issued so many ultimata for Igboho’s release, but nothing has happened,” he added.

Igboho had absconded from Nigeria to the Benin Republic, following the invasion of his Ibadan residence by the Department of State Service, DSS.

DSS had claimed it raided Igboho’s residence over allegations of the agitator stockpiling arms and ammunition.

However, the agitator was arrested at an airport in Cotonou, while trying to travel to Germany.

Igboho’s problem started with his decision to confront armed Fulani herders in the Southwest.

From issuing an ultimatum to Fulani herders in the Southwest, Igboho delved into agitation for the Yoruba Nation.