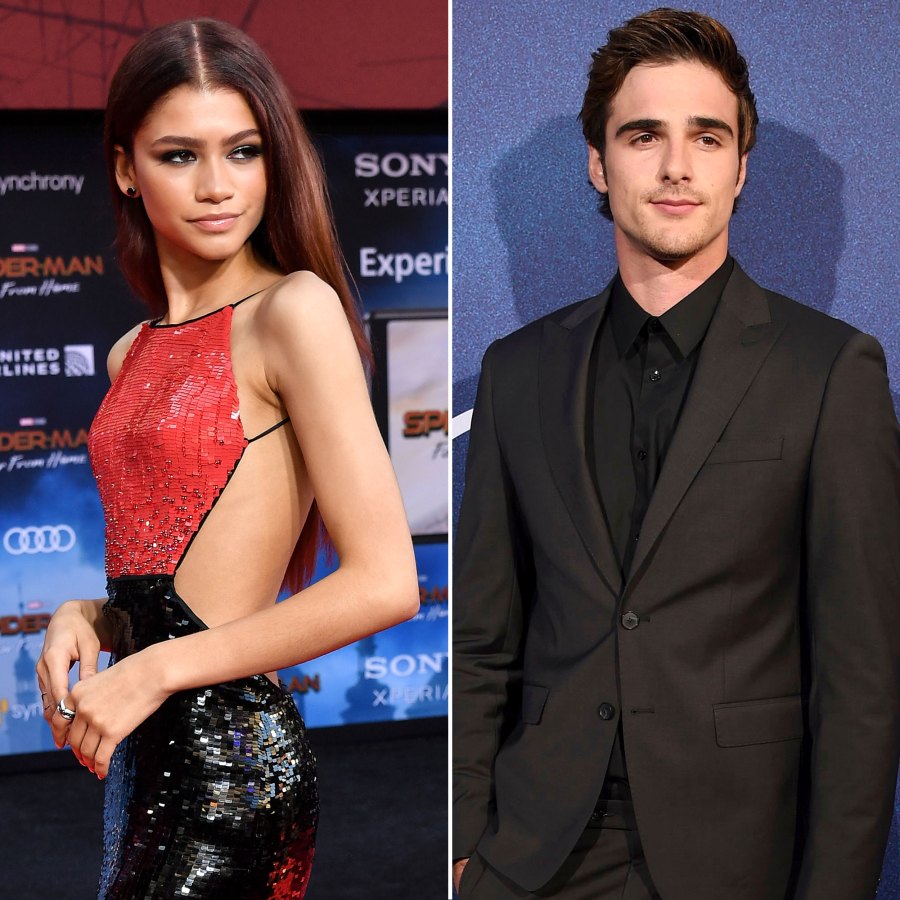 Rue and Nate?! Zendaya and her Euphoria costar Jacob Elordi were spotted vacationing together in Athens, Greece, sparking romance rumors.

The duo walked side-by-side as they toured the Acropolis of Athens in an Instagram photo posted by a fan on Friday, August 30. The Disney Channel alum, 22, dressed casually in a white cropped T-shirt and jeans, while Elordi, 22, wore a matching ensemble.

An eyewitness tells Us Weekly, “They looked like they were getting a little cozy. At one point, they were walking with each other and being a little flirty.”

The actors were also seen posing in front of similar backdrops in other shots taken by fans.

According to social media activity, Zendaya’s friend Darnell Appling and stylist Law Roach accompanied the pair on the getaway. The trip could be in celebration of the actress’ birthday, which she is set to mark on Sunday, September 1.

The Spider-Man: Far From Home star and the Kissing Booth actor play rivals Rue Bennett and Nate Jacobs, respectively, on HBO’s hit drama, which premiered in June. The series has already been renewed for season 2.

Zendaya was previously linked to her Spider-Man costar Tom Holland. However, the close friends repeatedly denied being romantically involved. As recently as June, the Avengers: Endgame actor, 23, insisted in an Elle interview that he was single.

The onscreen couple (a.k.a. MJ and Peter Parker) laughed off the speculation in July 2017. “Wait wait…my favorite is when it says we go on vacations together HA! I haven’t been on a vacation in years! hbu @TomHolland1996???” Zendaya tweeted in response to a report that claimed they were dating, to which Holland replied: “@Zendaya does the press tour count?”

Elordi, for his part, began seeing his Kissing Booth costar Joey King after meeting on the set. The two fueled split rumors in November 2018 when he announced that he intended to take a social media break. The Australia native later deleted his Instagram account. Two days later, the Act star, 20, tweeted, “Thank god I have my dog tho.”