Is your boss tracking you while you work? Some Canadians are about to find out 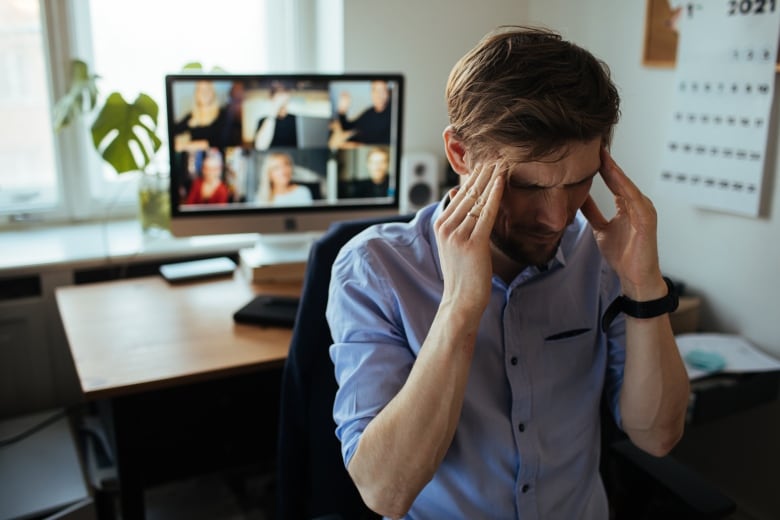 If you’re spending more time on YouTube than Excel during your workday, there’s software that may be flagging you as “unproductive” and sending that activity to your boss. That’s the new reality as remote work is on the rise, causing more employers to monitor employees to see if they’re slacking off.

Near downtown Toronto’s Union Station, a major commuting hub, workers like Fariha Chowdhury say they would like to know if their actions are being monitored.

“It’s technically like being spied on. So it’s within your rights to know if it’s happening,” Chowdhury said.

Mustafa Kobari says companies that turn to these software solutions can be heading down a slippery slope: “Where does it stop? It’s a little bit worrying.”

Some Canadian workers will now learn whether they’re being tracked. Starting on Tuesday, Ontario employers with 25 or more employees will be required to have an electronic monitoring policy, and they have 30 days to disclose the information to staff.

It’s part of the Working for Workers Act, and it makes the province the only one in Canada with legislation on employee monitoring. Quebec, Alberta and British Columbia require employers to disclose data collection under privacy laws.

A step toward transparency

As the COVID-19 pandemic led to lockdowns and forced employees to work from home in droves, many employers implemented electronic monitoring systems without alerting their staff, said Mackenzie Irwin, an employment lawyer at Samfiru Tumarkin LLP in Toronto.

The Ontario legislation applies to all employees using company-issued devices — whether the employer is tracking the GPS of a delivery truck driver or the emails of an office worker.

Irwin said the new rules are a good first step toward transparency. “Once we know what they are actually doing, then we’ll have a better sense of whether those monitoring systems are breaching any other legislation.”

But she said there is more work to be done because the legislation doesn’t actually give employees any new rights to privacy or do much to discourage employers from overly intrusive monitoring. Still, Irwin said she expects employees to take a stand if they feel uncomfortable once they find out how much they are being monitored.

“They’re going to be pushing back on that,” she said.

Employee tracking accelerated due to pandemic

While it’s difficult to nail down just how many companies are using employee tracking software, workplace surveillance “accelerated and expanded” in Canada during the pandemic, according to a report from the Cybersecure Policy Exchange at Toronto Metropolitan University.

Tech firms Time Doctor, Hubstaff and Teramind are just a few that are seeing a growing demand for their monitoring software — which records keystrokes, listens back to phone calls and even takes screenshots every 10 minutes.

Eli Sutton, vice-president of global operations at U.S.-based Teramind, said his customers range from law firms and telecom companies to government and the health-care sector. In Canada, the company currently has about 300 active customers, and another 150 have signed up for a trial.

“Even on the first day of the pandemic, we saw an increase of three to four times the usual traffic to the website,” he said. “We definitely saw a significant rise in the interest in employee monitoring solutions.”

Sutton said his employer clients want to monitor employees for security in order to prevent information from leaving the organization, and for productivity, as a way to understand how employees are spending their time when they’re working remotely.

“Say a particular task should take anywhere between 30 minutes to an hour. If they see a user is working on that task for more than two hours, they can actually track back and see what actions he took for that task and then assist them in being more productive with their time,” he said.

But Sutton agrees that it’s up to employers to set boundaries to use the technology effectively and not just focus on one employee’s actions. “You definitely don’t want to use it in the form of micromanagement…. It’s more about the end goal, not so much what they’re doing every second of the day.”

Tracking usefulness is up for debate

Some critics of employee monitoring software say it’s actually not an accurate representation of employee performance because it doesn’t capture other work that may be helpful to employers, such as talking to colleagues and mentoring co-workers.

If employees worry about being tracked, they may start rejecting those activities to protect their productivity, said Valerio De Stefano, a professor and Canada Research Chair in Innovation, Law and Society at Osgoode Hall Law School in Toronto.

Companies could fare better by assessing workers based on output, he said, rather than on the time they spend on activities that the computer marks as work. Otherwise, employee monitoring software can often end up being counterproductive, De Stefano said.

“People, when they know that these systems are in place, spend much more time trying to game the system rather than actually focusing on work.”