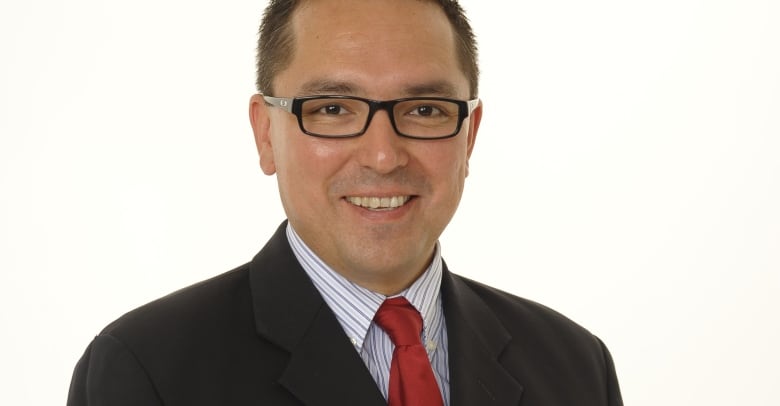 As fly-in court hearings resume in northwestern Ontario First Nations after a lengthy pause due to the COVID-19 pandemic, an organization that promotes community-based justice is hoping to provoke a larger discussion about justice on reserves.

Nishnawbe Aski Legal Services has teamed up with several consulting firms to engage with communities about the return of the courts, said manager of legal services, Don Rusnak.

“There was a set of questions for the communities, mainly focused on health and safety measures on what the communities required for court parties to come back,” he said.

“But there’s a longer term discussion, which was built into the questions, regarding, ‘What do you see the justice system looking like longer term in the communities?'”

The provincial Ministry of the Attorney General is funding the consultations through the Indigenous Justice Division, he said.

The fly-in court system brings judges, lawyers and court staff into communities for a single day at a time to hear a wide range of issues — often in a school or community centre.

The entourage must travel in at least two separate planes due to the adversarial nature of the court system, Rusnak explained.

There are 29 fly-in courts in Ontario. Twenty-four of those are in the northwest, according to a 2013 report from the Ontario Court of Justice.

The system evolved over the past 55 years in response to a greater police presence in the north, according to that same report.

Previously, it said, connections between fly-in communities and the rest of Ontario were more tenuous. Many communities were smaller than they are today, were accessible only by float or ski-plane due to a lack of landing strips, and had little communications infrastructure. What’s more, it said, social and economic challenges such as addiction were rare in the late 1960s.

But the idea of bringing what Rusnak called “western justice” to First Nation communities is inherently problematic, he said.

“A lot of the problems in the communities are rooted in the interaction between a western law and a kind of clash of cultures, and the realities that occur in First Nation communities,” he said.

The day-to-day operations of the fly-in court system are also problematic, critics say, because the need to hear a full docket of cases during a quick, in-and-out visit leads to decisions that fail to serve either the community or the accused.

On one hand, they say, those who commit serious offences often end up with a slap on the wrist.

“Especially in the drug business, I would like to see lengthy incarceration to discourage drug trafficking in our communities, because it’s really crippling us,” said Kitchenuhmaykoosib Inninuwug chief Donny Morris.

People in the community know who is dealing, but they’re reluctant to report them to the authorities, he said, because they don’t trust them to take appropriate action.

The recent mass murder in the James Smith Cree Nation in Saskatchewan – perpetrated by a man with a history of violent offences – provides a lesson about the potential dangers of failing to take violent crime seriously, Rusnak said.

“We just last week had our annual general meeting where one of the participants brought up a very troubling and sad story regarding a family member who was a victim of crime … involving a repeat offender,” he said.

But Rusnak also compared the court system to a monster that snatches first-time offenders, often youth, and traps them.

A ‘monster’ that traps offenders

“It’s very difficult for them to escape the grip of the system that just drags them into a cycle of offending and reoffending,” he said.

Those sent to prison are given no counselling or help to reintegrate into the community in a good way once released, said Allan Rae, the band counselor from Sandy Lake First Nation who holds the justice portfolio for the community.

“They hook up with negative people, like gang members,” he said.

One possible solution that Rusnak, Morris and Rae all point to is improved infrastructure.

Morris wants a new integrated courthouse and police detachment that he hopes will foster a larger police presence in the community and a more attentive court system, he said.

“If we have a proper facility, I think they would arrive early and go home late,” he said of the judges, court staff and lawyers, who currently work out of a community hall when in town.

Sandy Lake is considering a healing and wellness centre that would support those involved in the criminal justice system, Rae said.

“Too many times, clients are taken out of the community. There’s not proper counselling within the jail system,” he said.

“With the healing and wellness centre, I believe the community would have more positive assistance, proper engagement with the person accused, especially with the youth.”

The federal government partnered with the province of British Columbia and the B.C. First Nations Justice Council in January to build Indigenous Justice Centres in that province.

It has committed $8.9 million to the project.

However, asked if it would fund projects like the ones Rae and Morris are proposing in northwestern Ontario First Nations, David Taylor, a spokesperson for Attorney General David Lametti, referred the question to the province, saying the province is responsible for the administration of justice.

Meanwhile, Taylor touted the government’s partnership with Ontario and the Chiefs of Ontario on a collaborative table established last spring to respond to gaps in services for First Nations.

A spokesperson for the provincial Ministry of the Attorney General said that, for its part, the province is directing money toward reliable high-speed Internet access and video conferencing equipment to enable virtual court proceedings in all 29 communities with fly-in courts.

While virtual courts would not replace the fly-in court system, it said, they would supplement the system and improve access to justice.