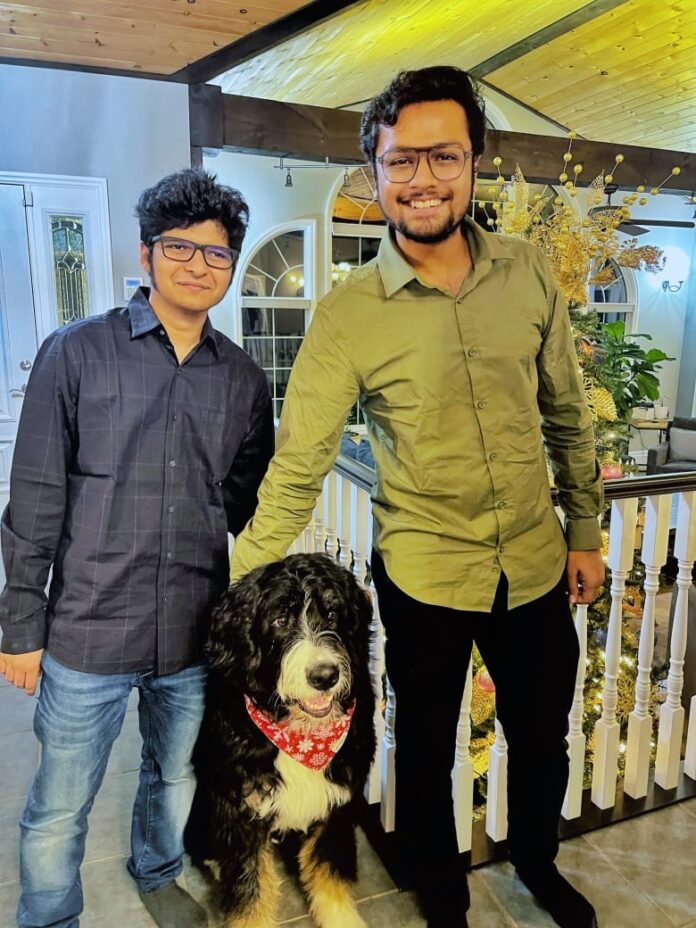 International students often can’t return home for the holidays, but Brock University in St. Catharines, Ont., is among schools in Canada with programs that help keep their spirits alive during their time off.

Brock hosts winter programs that reach out to students who may feel alone or detached from their families, so they can enjoy warm meals and share holiday traditions. Last year, 18 international students took part.

In 2021, Brock had about 1,900 international students. The school’s international office said hundreds of them often remain in Canada for the holidays.

“Being away from home can get quite tough at times, however, occasions like this make you feel at home,” said Harsh Patel, a master’s in business administration (MBA) student.

Patel was born in Kenya and grew up in India. Last year, he couldn’t return home to visit family, with the high cost of plane tickets and just a two-week break between terms. So he took part in Brock’s Home for the Holidays program, which started unofficially in 2010 as a social media-driven initiative and has since become an annual program.

As part of the program, faculty members host events for students, whether it be a movie night, tea time or, in the case of Darryl Veld, associate director of student affairs, and his partner Jen, to host a Christmas dinner party.

Veld was one of eight hosts who participated last year and invited students in his international class. Patel was among those enjoying a “traditional meal,” including a turkey and “all the dressings” while adhering to pandemic lockdown mandates at the time.

After ice-breakers and some wine, and with Veld’s easily excitable dog Myles there too, the group enjoyed dinner.

“Dinner was maybe my favourite part,” said Veld. “Everyone’s plates were pretty small at first, but during seconds, everyone was enjoying themselves and their plates were full.”

Patel loved playing darts and board games with his classmates after dinner, and regrets that the night ended too quickly.

“I was enthralled by the people there and I enjoyed the activities that we did together…I’m thankful to Jen and Darryl.”

Veld said he plans to hold a similar event this year, but with fewer attendees to accommodate his family needs.

Music is something that connects people, and what better way to demonstrate our different cultures than through something that brings people together, regardless of language, beliefs or cultural differences.– Monserrat Ramirez Ruvalcaba, McMaster University student

Brian Chan, who was also at Veld’s dinner last year, came from Hong Kong in 2018 as a student and is currently a university staff member.

“Now that I’m working for Brock I hope to become a host myself, as my own way of giving back to the community, because it’s so valuable to international students.”

Earlier this month, Chan said he planned to invite a few students to a Christmas Market, potentially in Toronto.

In Hamilton, McMaster University, which had about 6,400 international students last year, couldn’t say how many of them remain in Canada during the holiday break.

But from Nov. 28 to Dec. 2, the university featured a holiday market that involved making and exchanging cultural foods from different countries, as well as singing, dancing and vendors.

Monserrat Ramirez Ruvalcaba, who came to Canada from Mexico in 2019 and is in her fourth year studying social psychology, sang at the recent market. She’s visiting family during the 2022 break, but said gatherings like the market are helpful connectors.

“Music is something that connects people, and what better way to demonstrate our different cultures than through something that brings people together, regardless of language, beliefs or cultural differences,” she said.

In other parts of Canada, holiday initiatives for international students include the University of Alberta’s Share the Cheer program and staff-hosted events at Dalhousie University in Halifax. Some schools also offer counselling for students staying in Canada during the holiday break.