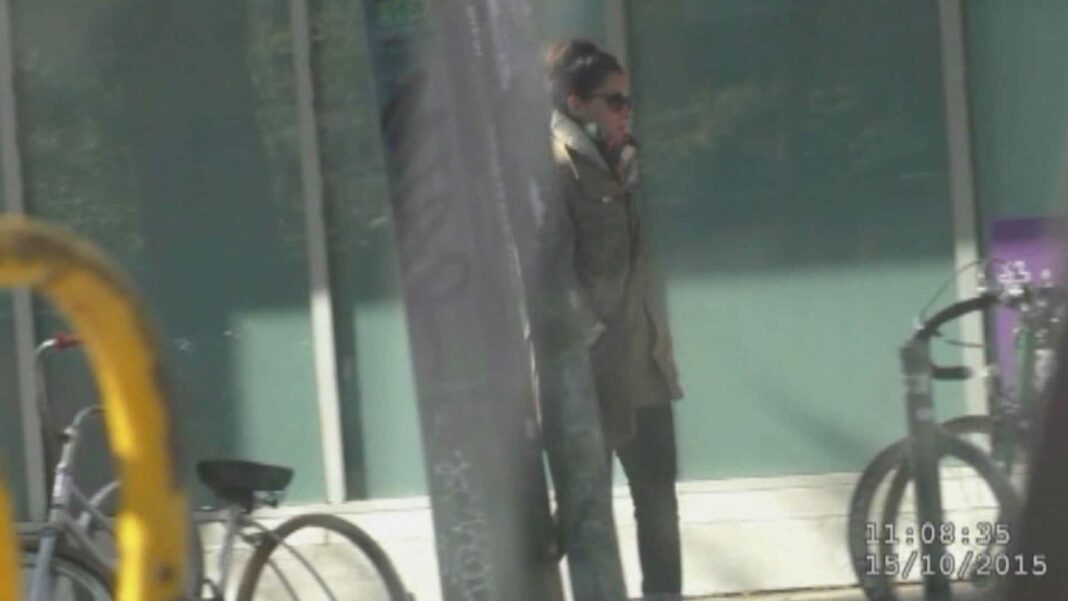 Alicia Micallef tears up when she talks about how she was secretly followed and videotaped, accused of lying, then dragged through the legal system for years — only to be acquitted and still denied benefits.

All at the hands of an organization that should have been helping her recover from a workplace injury.

“It’s really disturbing. There’s no limit to what they can do, how close they can follow,” Micallef told Go Public.

The Toronto woman suffered a concussion after hitting her head on an open locker door during a shift at her retail job in May 2015.

She then, according to medical records, reinjured herself after Ontario’s Workplace Safety and Insurance Board (WSIB) sent her back to work — before she had recovered and against her doctors’ advice.

But the WSIB thought her recovery was taking too long, according to an internal report it later provided to Micallef.

So, that October, it started secretly following and recording her, even though it had no proof she had lied about her concussion symptoms, according to court records.

Court records also say the WSIB wanted to avoid paying for the expensive medical tests needed to assess her condition.

“It was horrifying. They came into my apartment building. They stood outside of my door and listened to what I was saying to my cat,” Micallef said, citing a private investigator’s report that, along with the secretly recorded video, was included in her WSIB file.

“They were at my grocery store, in my doctor’s waiting room.”

Both public and private insurers say they use this kind of surveillance to try to prove fraud. But lawyer John McKinnon from the Injured Workers Community Legal Clinic, says it’s more often used to intimidate injured people into dropping their claims or dissuading others from making claims at all. 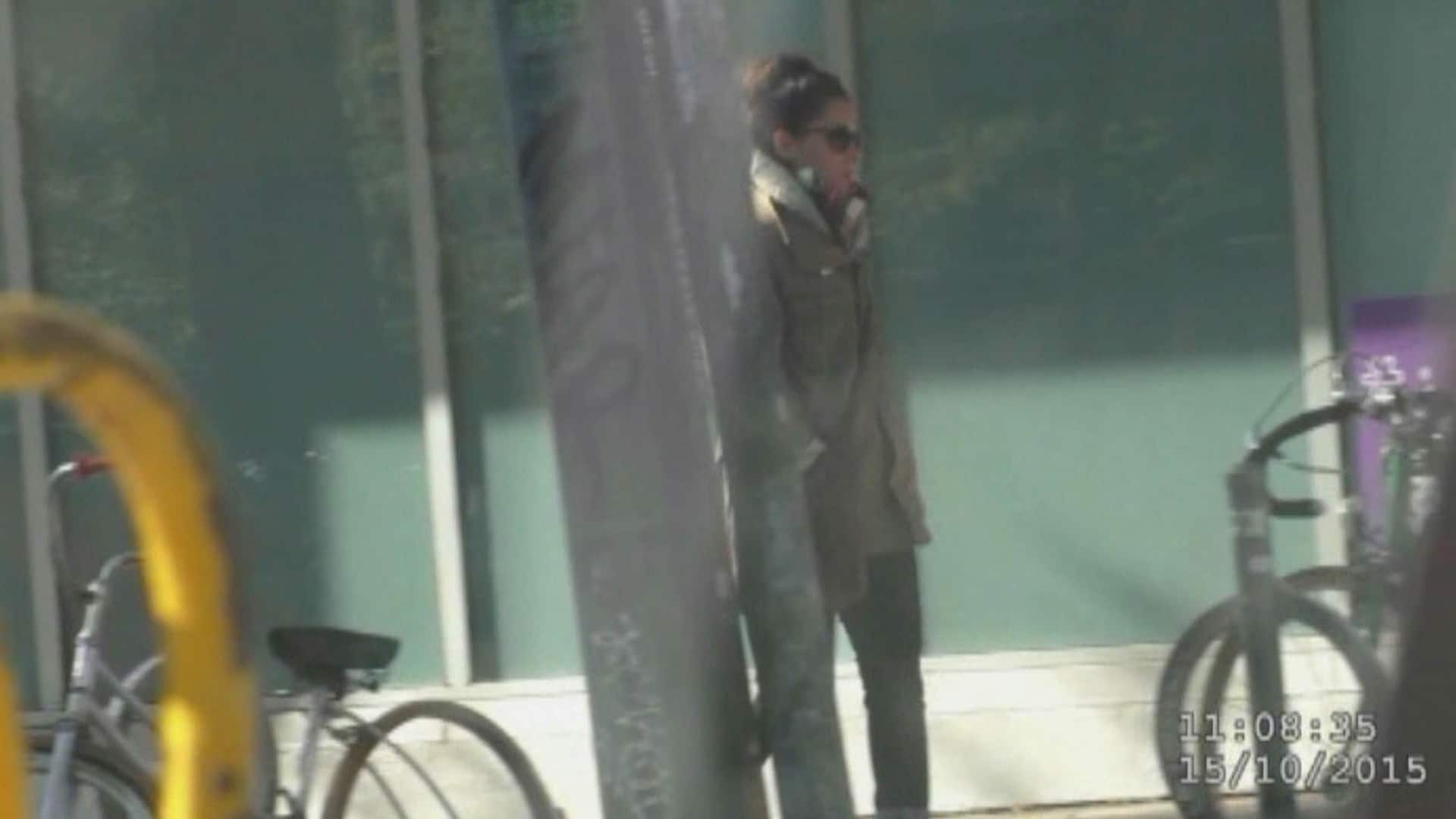 An Ontario woman who filed a workers compensation claim was secretly videotaped by Ontario’s Workplace Safety and Insurance Board, which used the footage to wrongly accuse her of insurance fraud. Experts say all kinds of insurers use covert surveillance to intimidate claimants or discredit claims. 2:27

“This kind of evidence is more of a sensational value, certainly instills fear into [those] injured,” when they’re told they’ve been followed, McKinnon said.

“And so, if people are intimidated into abandoning their claim, that’s a financial benefit for the insurance company or the workers’ compensation board.”

He says the surveillance is often done over a few days and records just a few hours per day, so it rarely gives the full picture of an injured person’s condition.

Statistics about injury insurance fraud are scarce. But even the compensation board’s own pamphlet  — part of a campaign to counter stigma against injured workers — says fraud is very rare.

Go Public asked all provincial insurers and workers’ compensation boards how many insurance fraud convictions there have been over the past five years. Only B.C., Saskatchewan and New Brunswick responded, with a total of four.

Micallef says the WSIB told her the videos proved she was lying about her inability to return to work. It cut off her benefits and demanded she pay back some of the income replacement benefits she had received.

She refused, and was charged with two counts of making false claims under the Workplace Safety and Insurance Act.

“It was the worst two years of my life,” she said. “I’d never been in trouble. I’d never even been to the principal’s office.”

The videos show snippets of Micallef going about her daily life — including taking in live music, sitting on the subway reading, and taking long walks around Toronto.

The Ontario Court of Justice acquitted Micallef of both charges on Feb. 12, 2018. If she’d been found guilty, it could have meant a $25,000 fine or even jail time.

It criticized the WSIB for ordering covert surveillance when it had plenty of documents from doctors — including a neurologist — backing Micallef’s injury claims.

Justice of the Peace Mindy Avrich-Skapinker called the surveillance “a very major invasion of privacy,” and reprimanded the WSIB’s doctor for basing his medical opinion solely on the surveillance video, without having met or examined Micallef.

Avrich-Skapinker said Micallef “paid a very high price” for the way the WSIB handled her case.

“Everything changed,” says Micallef. “I’m now looking over my shoulder. If somebody follows me too close, I have to let them pass me…. I put an extra lock on my door and try to sit still as I can in my apartment and not make any noise.”

The WSIB wouldn’t answer Go Public’s questions about Micallef’s case but, in an email, said, “surveillance is only conducted as a last resort.”

Micallef isn’t the only one paying a high price.

Lindsey White, a self-employed musician in Winnipeg, was also secretly followed and recorded by Manitoba Public Insurance (MPI) after being injured in a car accident in 2016.

The insurance provider denied her injury benefits. She appealed to MPI,  but before the case was settled, it put her under surveillance for several days.

In the summer of 2019, a private investigator followed her in a grocery store, walking her dog, and even to the beach.

White says MPI told her the videos show she lied about what she was physically able to do and pressured her to drop the claim.

“At that moment, I felt like I had no choice but to give up because the stress and the pressure of that situation was too great. There were many, many times where you’re forced to make a decision that would either benefit your own health or fight for your benefits.”

She didn’t drop the claim, saying the videos don’t contradict anything she told MPI about her injury. She says the experience has changed her.

“I became very paranoid after that,” White said. “I got suspicious of cars that were behind me on the road for long periods of time … writing down license plate numbers in case they repeated themselves … That’s not normal behaviour for me.”

MPI says it can’t speak to her case specifically, citing privacy. But it says in general, it uses surveillance rarely and “with caution.”

Go Public asked all four of Canada’s public insurance providers and all provincial workers’ compensation boards how often they use surveillance.

All say it’s used in less than one per cent of cases, as a last resort, and that they comply with federal and provincial privacy rules.

But that still means, based on spending amounts provided by nine out of the 15 insurers approached by Go Public, that thousands of Canadians were surveilled by their insurers in the last five years at a cost of over $8 million. That estimate is conservative given that the public insurers of B.C., Manitoba and Quebec and the workers’ compensation boards of Ontario and Quebec did not answer CBC’s questions on how much they spent.

Only New Brunswick would confirm the number of fraud convictions that were tied to the use of surveillance: one over the last five years.

MPI spokesperson Brian Smiley says the insurer has a responsibility to crack down on fraud and admits surveillance is sometimes used to get people to drop claims when MPI suspects fraud.

“We say to the customer, ‘You can abandon it right now, and we will also drop it. We won’t be moving forward with any criminal charges.’ In some situations, when people are confronted with that information, it may be viewed as perhaps intimidation, but we view it as we’ve presented all the facts, conclusive, proven facts … to the individual in question,” Smiley said.

An expert who has studied the use of surveillance on injured people for decades says it’s often unjustified, open to abuse and “a fishing expedition” by the insurers.

“They feel like they’re being treated like criminals and that’s not good for your health … It’s often done before there’s any evidence of fraud, just in case [the insurer] might pick something up that can be useful later on.

I think it really is unacceptable socially and morally.”

There’s also a physical toll, says McKinnon, the lawyer, leaving claimants afraid of doing even physical activity recommended by their doctors, “for fear that it will be misunderstood and misrepresented and used against them.”

It issued non-mandatory guidelines for private, but not public, insurers in 2009. The WSIB says it adheres to those guidelines, nonetheless.

In B.C, the surveillance of injured workers stopped almost entirely after an independent review in 2018 found a “disturbing pattern of claims which are denied or terminated.”

The review added that, upon appeal, the reasons for those denials and terminations were “found to not be substantiated by the video surveillance.”

Despite being acquitted in court, Micallef is still waiting for WSIB coverage. She says the board hasn’t responded to her appeals.

White is also still battling MPI. After filing another appeal months ago, she says the process has stalled.

Both women say it’s unfair that the surveillance haunts them, while the insurers who put them through it suffer no repercussions.

“The fact they can play with my health, that they can cause my mental health to plummet, and then I’m left to somehow figure out a way to manage that,” Micallef said.  “They’ve treated me like I’m a criminal… they’ve taken so much more than they can even imagine.”