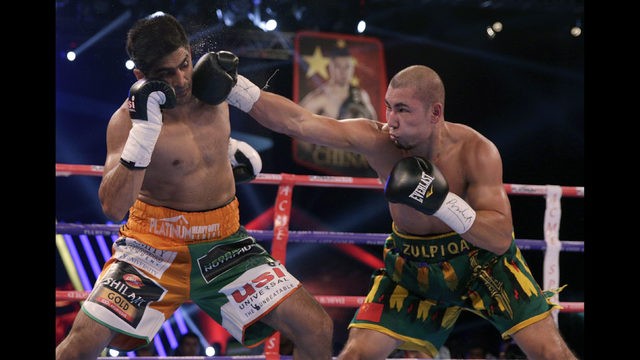 NEW DELHI — Indian boxer Vijender Singh won his fight on Saturday and then offered to give his Chinese opponent’s belt back in a gesture of peace between the two rival nations.

Singh hugged top Bollywood star Amitabh Bachchan and other celebrities among fans at the National Sports Club of India in Mumbai, the country’s financial and entertainment capital.

Singh then came back into the ring, took the microphone and said: “I don’t want this title. I will give it back to Zulpikar.”

He added: “I don’t want tension on the border. It’s a message of peace. That’s important.”

The countries have been involved in a lingering dispute over a contested region high in the Himalayas where China, India and Bhutan meet.