In US Trump’s winning week proves anything but 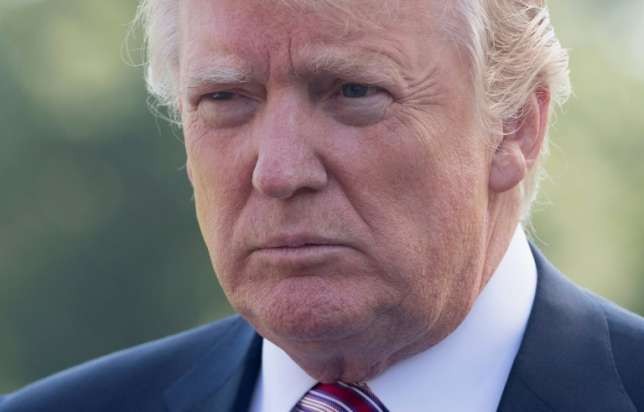 1t was meant to be a rebound of sorts after his summer slide in polls, but the past week has proved another series of stumbles for Donald Trump, beset by his own propensity to stir controversy.

It was meant to be a rebound of sorts after his summer slide in polls, but the past week has proved another series of stumbles for Donald Trump, beset by his own propensity to stir controversy.

The US president’s approval rating had ticked up slightly in recent weeks after bottoming out following his contentious reaction to violence in Charlottesville, Virginia in August.

And he was all in as his Republican Party unveiled its plan to reform the tax system, a move he hopes will lead to his first major legislative accomplishment of his term.

But politics, Mother Nature, and Trump’s penchant for posting his infamous Twitter barbs intervened, and the positivity evaporated in a series of bruising confrontations and defeats.

Trump has courted controversy and faced numerous crises during his turbulent eight-month presidency. But he has endured and caused both over the past week, in extraordinary measure.

He also made what appeared to be a major political miscalculation in a Republican Senate primary race, backing the incumbent who wound up losing definitively to a firebrand conservative in the Tuesday run-off.

On Saturday, as he hunkered down in his golf club in leafy central New Jersey for a second straight weekend, he unloaded on San Juan Mayor Carmen Yulin Cruz, who had spent days pleading for more and quicker aid to help her shattered US island territory.

Her forceful requests were met by venom by a president angry about her criticism of the response.

“Such poor leadership ability by the Mayor of San Juan, and others in Puerto Rico, who are not able to get their workers to help,” Trump fumed on Twitter Saturday.

“They want everything to be done for them when it should be a community effort.”

Trump claimed there were now 10,000 federal workers on the island “doing a fantastic job.”

Trump said reports critical of the response were “fake news.” He is scheduled to tour the US island of 3.4 million Tuesday.

playResidents of the US territory of Puerto Rico have struggled to find food, water and fuel after Hurricane Maria devastated the Caribbean island

For many, his attacks on Mayor Cruz were beyond the pale.

“I was going to say something in the President’s favor this morning. I have deleted it. He doesn’t deserve it,” Erickson said on Twitter.

Trump had won accolades for his administration’s handling of two previous hurricanes: Harvey which hammered coastal Texas, and Irma which lashed Florida.

But in the days after Hurricane Maria devastated Puerto Rico,Trump appeared obsessed instead over the racially charged debate about game-time protests by National Football League players, the majority of whom are black.

Trump has fanned anger over the symbolic protests against racial injustice, by claiming they disrespect America and its veterans.

The controversy mushroomed, and led to several NFL team owners joining in the on-field protests and even criticizing the president’s remarks.

After his mayoral assault, he offered a series of more politically correct messages about the need to unite to help Puerto Rico “in their time of great need.”

There were other issues, too, that required his focus, including recent revelations that Washington has opened a channel of communication with North Korea to discuss its nuclear program, and the US withdrawal of half its embassy personnel in Cuba over mysterious attacks that have sickened diplomats.

But by late Saturday, a full week after the NFL controversy swelled so dramatically, Trump was at it again, tweeting a threat of sorts to the league and its players.

“Very important that NFL players STAND tomorrow, and always, for the playing of our National Anthem,” he wrote.

Critics have warned that issues like Trump’s anger over such protests are distractions from a potential crisis that threaten the president: Russia’s meddling in last year’s US election.

The FBI and congressional panels are conducting investigations into whether Trump’s team colluded with Russia to sway the election in his favor.