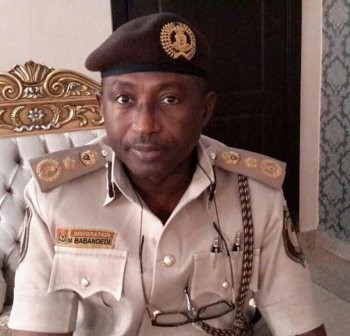 The Nigerian Immigration Service in Oyo State says it rescued 134 children, who were victims of child trafficking between and May.

An Assistant Comptroller at the command, Mr. Folusho Akintola, disclosed this while fielding questions from newsmen after a stakeholders’ conference organised by the Justice, Development, and Peace Commission in Ibadan on Tuesday.

The conference was organised to mark the 2017 UN World Day against Child Labour, celebrated annually on June 12.

The theme was the “Impact of Conflicts and Disasters on Child Labour”.

Akintola said that the rescued children, 117 were reunited with their families, and six repatriated, while 38 traffickers and 107 end users were arrested during the period.

According to him, 11 victims and four traffickers were sent to the National Agency for the Prohibition of Traffic in Persons and other related Matters.

Akintola attributed the cause of child trafficking in the country to parental negligence.

“We all know the evils of child labour and human trafficking. Poor parenting is mostly responsible.

“Parents negligent led to moral decadence that are common with children nowadays,” he said.

“Child labour and trafficking is not restricted to just poverty; parental separation is a menace we need to eradicate because the resultant effect of that is child abandonment and labour.

She therefore appealed to government at all levels to implement the child rights laws to stop the menace of child labour and trafficking.

The Director of JDPC, Rev. Fr. Ezekiel Owoeye, called on parents to take seriously their God-given responsibility to protect and nurture their children in the interest of the future.

“Roaming the streets, begging and becoming breadwinners of their families are some of the child rights abuse we see in our society today; a great number of children are deprived of their inalienable rights.

“As a result, our society is at a great risk, we mortgage our future badly if we don’t protect and invest in our children’s future,” he said.