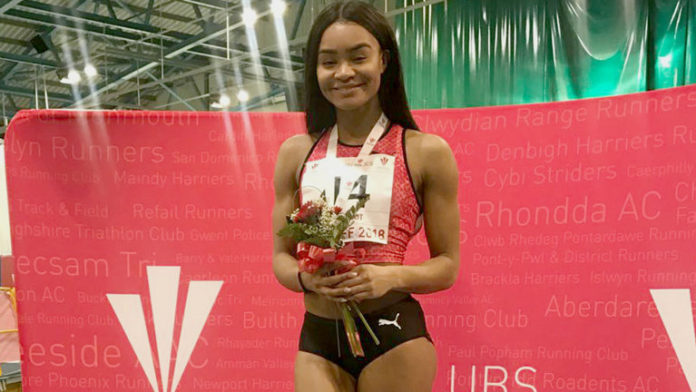 Sprinter Imani Lansiquot admitted she was far from her best but still delighted to taste glory at the Welsh Indoor Championships on Saturday.

The 20-year-old struggled with injuries last year and Cardiff proved to be the perfect setting to start her season at the weekend.

A time of 7.41 seconds – three hundredths off her personal best – was enough for the psychology student to seal victory in the 60m final.

Lansiquot said: “It was my second fastest second opener ever and I’m healthy so those are the two main things which are great.

“It was a really nice low-key meet. I pieced together some really good parts into my race, plus there were some bits that were a bit rusty but that is normal for a season opener.

“Competing during the indoor season isn’t about times for me though. It’s more about getting confidence and racing rhythm into my legs and it’s just preparation for the outdoor campaign.

“Next up I’m racing in Paris or Newham in London near my home track so I’m very excited about all of that.”