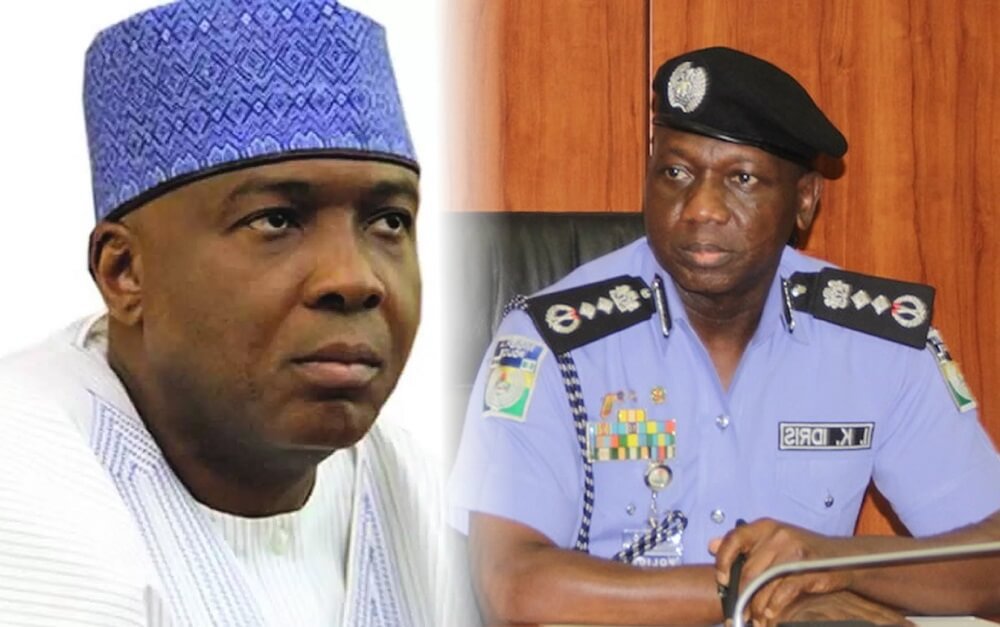 The Kwara State Ministry of Justice, on Saturday reacted to reports claiming that some murder suspects recently arrested by the State Police Command in Ilorin and transported to Abuja, named the Senate President, Bukola Saraki, governor Abdulfattah Ahmed, as their sponsors.

A report had claimed that alleged cultists had identified both Saraki and the governor in their confessional statements.

Reacting, however, to the report, the State Ministry of Justice insisted that the alleged cultists never implicated anybody in their confessional statements.

A statement by Jimoh Mumini, the Director of Public Prosecution, Kwara State Ministry of Justice said the allegation was a plot to tarnish the image of imminent personalities and the

DPP maintained that the report was “politically motivated and will definitely fail.”

The statement reads, “The attention of the Kwara State Ministry of Justice has been drawn to a story published by an online medium that the suspected cultists arrested and interrogated by the Police in Ilorin and recommended for trial by the Director of Public Prosecutions (DPP) but suddenly transferred to Police Headquarters, Abuja, had in their statement indicted some top personalities.

“We want to state categorically that there is no iota of truth in the said story. Our belief that the said story is false arose from the fact that the summary of the statement voluntarily made by the suspects and on the basis of which they were recommended for trial in Ilorin is contained in the press statement read by the Police Commissioner on May 10, 2018. We maintain that there was no portion of the press statement where the suspects were said to have indicted any top personality.

“For emphasis, let us restate the fact that on the basis of the statement obtained from the accused, the Police had issued a statement read publicly at the May 10 press conference in the state capital and there was no mention of their naming or implicating any top government official at the state or federal level.

“The State Ministry of Justice had in fact filed charges in the High Court against the accused persons and we stand by the pending charges and the trial process already lawfully initiated in Ilorin.

“We hereby call on members of the public to disregard and ignore the publication as the medium on which it appeared is widely known to suffer credibility problem.

“At no time was any influence, whatsoever, exerted to pervert the course of justice, nor monetary transaction or any exchange of pecuniary benefit made between the learned DPP and the Commissioner of Police with respect to this particular case or any other case for that matter.

“We boldly state that at no time ever since the resumption of duties of the Commissioner of Police in charge of the Kwara State Police Command has there been any opportunity, for the learned DPP to have any discussion, whatsoever, with him.

“Therefore, all insinuations relating to undue influence through offer of gratifications or any other means, made by the discredited online publication are mere figment of the imagination and misguided attempt by the sponsor of the online medium aimed at tarnishing the image of the learned DPP, Mr. JIMOH ADEBIMPE MUMINI Esq. This campaign of calumny against the DPP by the sponsor(s) of the online publication is politically motivated and will definitely fail.