If It Walks Like An Ant, You Probably Wouldn’t Eat It — Or So These Spiders Hope 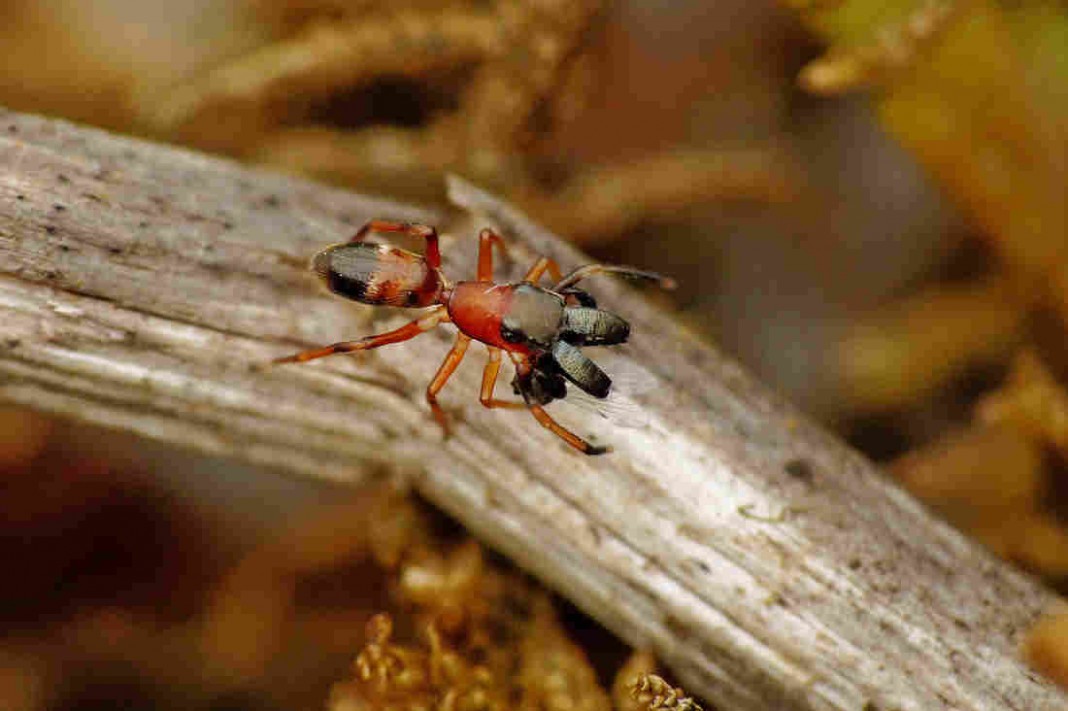 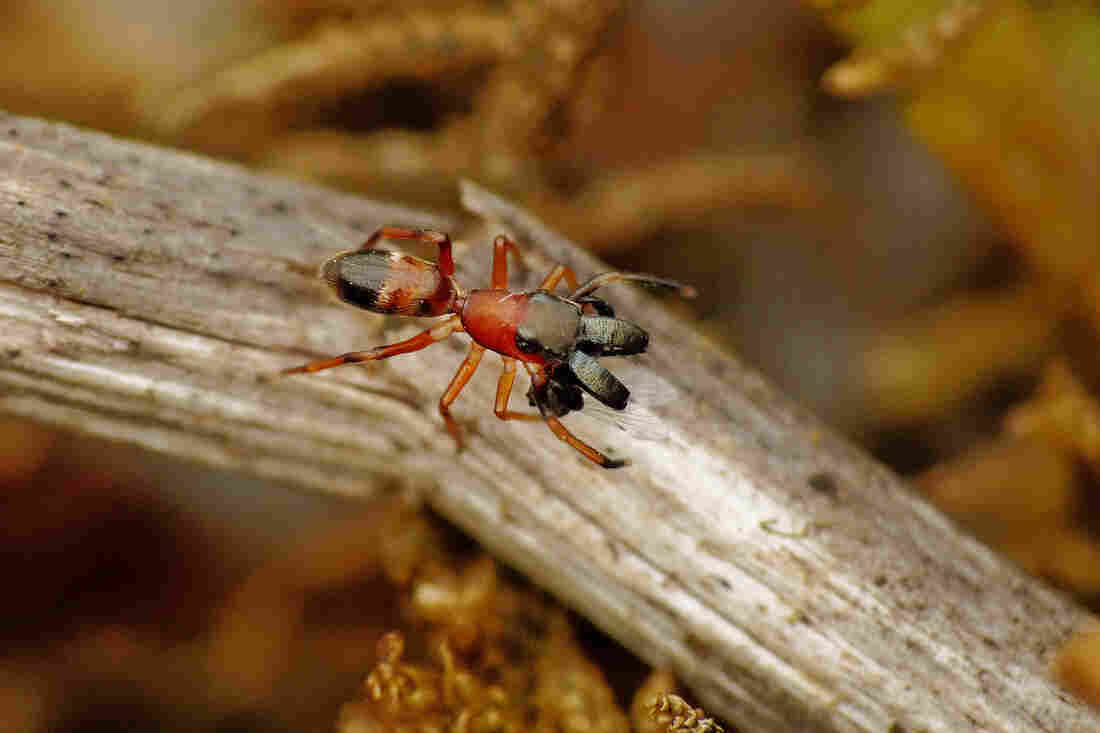 The Myrmarachne formicaria is a spider that mimics the body shape and movement of an ant.

Rule number one in nature: find a way NOT to get eaten.

You can run or fight or hide—or you can look like something that tastes horrible. It appears that a type of jumping spider takes that to the extreme — it’s learned to MOVE like something nasty.

Paul Shamble discovered this after watching a certain kind of jumping spider crawl around in the woods one day in New York state. Suddenly Shamble realized they were walking funny. “They really move like ants,” he says, a sort of regular tacking back and forth like a sailboat rather than a straight line.

Why would a spider walk like an ant? They’re very different creatures. Spiders have eight legs, ants six. As an evolutionary biologist, Shamble figured it might be a form of mimicry.

Many insects copy the shape or coloration of other, often poisonous, insects. It fools predators into giving them a pass. And ants definitely don’t taste good; they’re full of powerful chemicals, whereas jumping spiders, Shamble claims, taste just fine.

He took the spiders back to the lab and filmed them. Their bodies did mimic the ant shape, but it was their walk that really stood out. “We found that the ant-mimics walk these really, really winding paths,” says Shamble. And that’s how ants walk, at least some of the time: when they’re following a chemical trail left by their ant mates.

But these spiders don’t just walk the walk. They have another trick. Sometimes they pause and “hold up their front pair of legs off the ground,” Shambles explains, “and hold them out in front of their heads, and they look convincingly like antennae.” A clever trick, since spiders don’t have antennae.

Shamble did the research at Cornell University and is now at Harvard University. He published the results in the Proceedings of the Royal Society B.

He says the behavior — he calls it “locomotor mimicry” — is innate; it starts as soon as the spider is born.

Shambles says the spider looks and acts so much like an ant that it makes him wonder: “If you look like and ant and walk like an ant, do other parts of your life become ant-like also?”