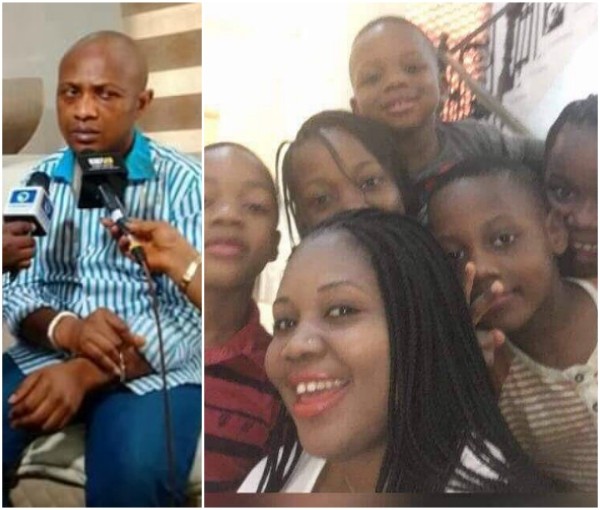 In an interview with New Telegraph, Stephen Onwuamadike, the father of arrested kidnap kingpin Chukwudi Dumeme Onwuamadike a.k.a Evans said he never benefited from his son’s ill-gotten wealth.

Stephen said that his ex-wife misled their son, who he described as “a good boy,” adding that he (Evans) is being manipulated spiritually by his mother.

Stephen said that he is living from hand to mouth, adding that he sells pigs to survive.

“His mother started manipulating him when he was only three years old; look at where it has got him. I don’t even have his phone number. I’m pleading with the Nigerian authorities to have mercy on him and give him a second chance. He was misdirected and misled by his mother. I heard about all the millions, and I said to myself, do I have such manner of rich son and the roof over my house is leaking. I now survive by selling pigs,” Stephen said.

Speaking at his country home at Akammili, Umudim, Nnewi, Anambra State, Stephen disclosed that since he got the news of his son’s arrest through a phone call, he had not been able to sleep.

Stephen, who gave Evans’ name as Chukwudumeje, said he was a successful businessman and millionaire in the early 80s and a member of the popular People’s Club of Nigeria.

“I was devastated when I heard the news through a telephone call; since that call, I had not been able to sleep. I believe in a straight forward and honest life. If I noticed someone is not honest, I run away from the person.

When my business was thriving, I did business with white people. I was one of the early millionaires that emerged from this town until things went wrong courtesy of my first wife in 1985. She caused me so many problems and eventually caused my financial ruins. In fact, she brought me down to where I am today. I’m suffering and I can barely put food on my table,” he said.

He said he lost control of Evans after his ex wife ran away from their home.

“My estranged wife kept interfering in his academics. You won’t believe that my son, Chukwudumeje (Evans) has not visited home since 2008. The last time I saw him was 10 years ago. I asked him the sort of business he was into.

He said he was into drug trafficking. I advised him to desist because it was an illicit business and the law was against it. I told him plainly that it was better to be involved in a legitimate business and wait for God’s blessings.

I did good business and it thrived; I was very successful. I have travelled to so many countries of the world in the course of my business,” Stephen said.

Stephen noted that after the meeting with Evans, they didn’t see again until his arrest.

Chidolie Onwuamadike, Evans’ stepbrother also blamed his (Evans) mother for what he turned out to be, adding that if Evans had followed their father’s advice, he would not have gotten into crime.

“As brothers, we don’t even interact at all. I don’t have his number and my heart is pained because he is such a loving, nice guy from the little I know of him,” he said.

Evans’ stepmother Etty Onwuamadike, said: “Chukwudumeje was a nice boy when he lived with me. The only gift I gave him years back was the Holy Bible. I don’t want my son to die. I’m still convinced he will serve God.”