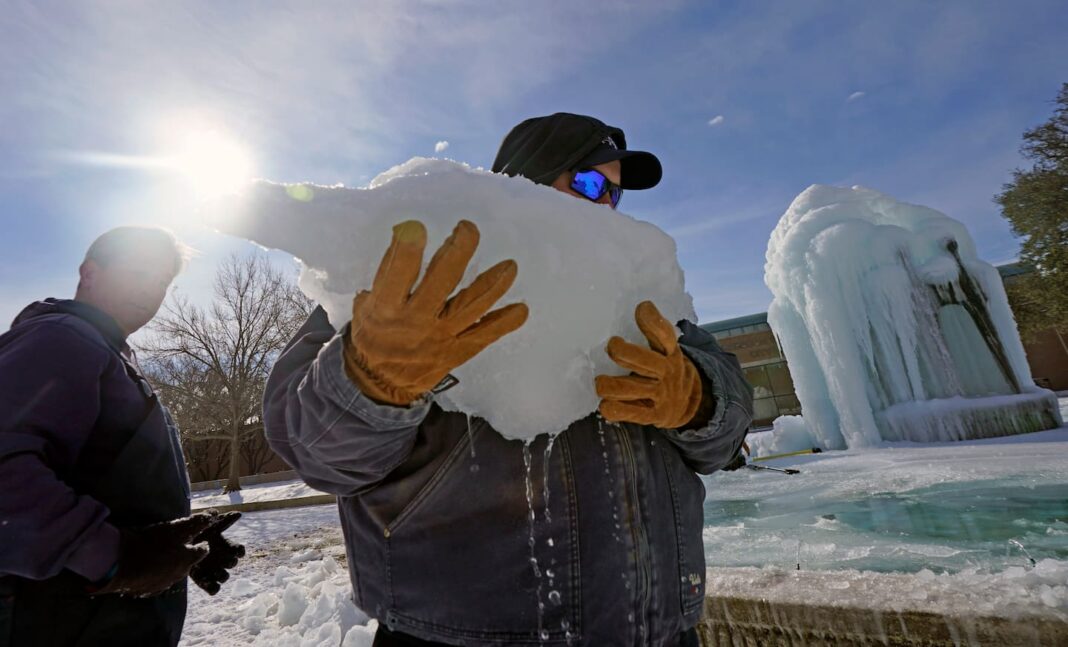 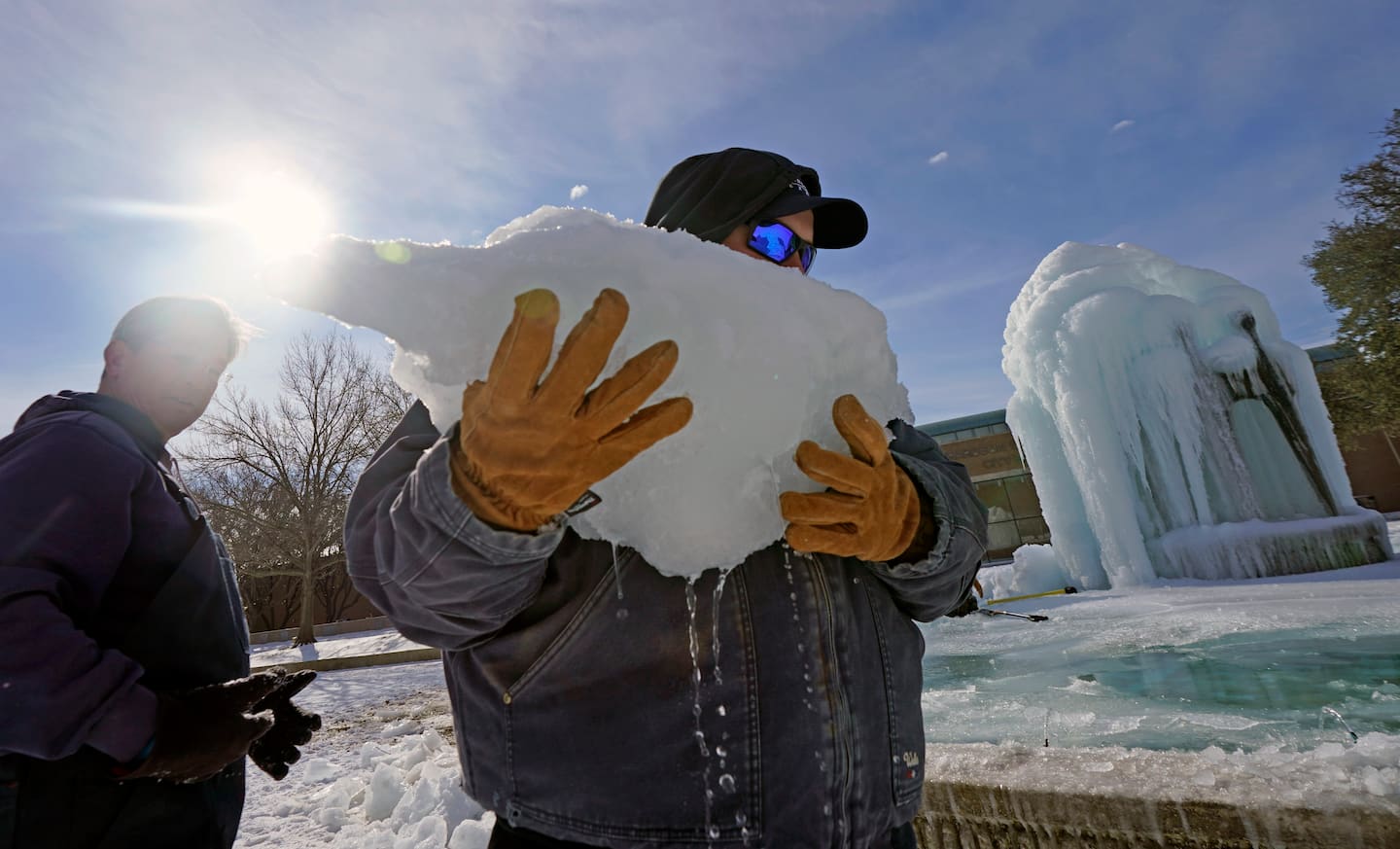 When the heat went out this week, Texans scrambled for ways to stay warm. The number of searches for “how to stay warm” in Texas was at least twice those recorded in every other state, peaking early Monday morning. Accompanying phrases included “without electricity,” “without power,” and “inside.”

A note on the data: It comes from Google’s Trends tool, which reports relative search volume rather than absolute numbers. The darkest places on these state-level maps, for instance, are the states where searches for a given term represent the greatest share of that state’s total Google queries within a given time period.

Searches for burst and frozen water pipes are spiking in Texas, Oklahoma, Kansas, and Arkansas. Other terms seeing elevated interest include “how to thaw frozen pipes,” “does insurance cover frozen pipes,” and “how to insulate exposed water pipes.”

Searches for “carbon monoxide symptoms” spiked roughly 100-fold in the state between Sunday and Wednesday, although much of that probably can likely be attributed to widespread media coverage of the issue.

Certain pet-care searches rose rapidly as well, including “how to keep your dog warm,” “how to keep cats warm during a power outage,” and “how cold can cats handle.” Animal rescue agencies took in dozens of dogs left outside. At least one dog owner in Houston was arrested on allegations he kept eight severely malnourished dogs outside for days during the cold streak.

The searches also showcased moments of hope and levity. For instance, in places where the power stayed on, many people tried to make the most of the unusual weather. Texas and Arkansas led the nation in “how to make a snowman” searches in the past seven days, as well as “how to make a snowball.”

Searches for other wintry topics, like sledding and snow fort, also skyrocketed in the region.

On Thursday, as news spread of Texas Republican Sen. Ted Cruz’s trip to Cancún in the midst of the crisis, Texas along with DC led the nation in searches for the senator. In Texas, some of the fastest-growing search topics related to Cruz included Cancún, the Ritz-Carlton in Cancún, and mullets — a nod to the odd haircut Cruz sported during the impeachment trial.

Share
Facebook
Twitter
WhatsApp
Pinterest
Linkedin
ReddIt
Email
Print
Tumblr
Telegram
Mix
VK
Digg
LINE
Viber
Naver
Previous articleThis is why you’re Not Getting Called Back for Interviews
Next articleDisney took a hit during the pandemic. You wouldn’t know it from its stock price.

Teen Patti in Online Casinos – How Does It Work?