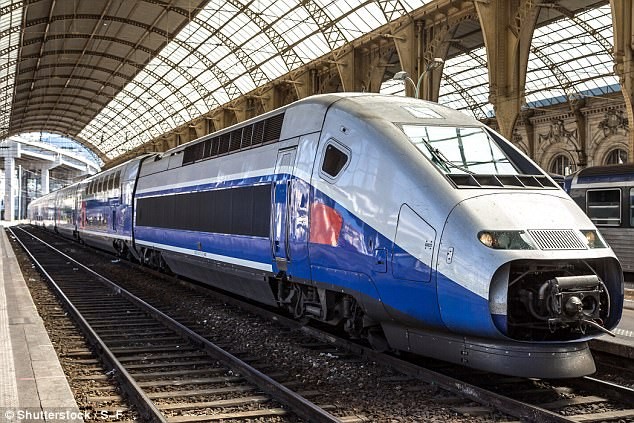 Aman in France tied his wife’s hands to a rail track before they were both run over by a train on her 34th birthday, it has emerged.

Police said that 34-year-old woman’s wrists and ankles had been bound to the tracks with strong polythene tape before her body was severed into pieces by the train.

Grémy, 37 had not been tied to the tracks, but his body was found scattered along several hundred yards of track, officials said.

The French TGV train was going so fast that it took more than two miles to stop after hitting Hallouin and Gremy.

The couple had been separated at the time of the incident.

A Beauvilliers police spokesman said: “The 34-year-old woman had been fixed to the tracks with strong adhesive tape before her death, whilst the man’s body had not.

“It was the act of a man who it has emerged had been suffering from serious and long-term depression.

“We have since learned they separated three years ago, and the man was desperate to reunite with his wife, which she did not want.”

Grémy had been on sick leave from his job as a mechanic for depression in the days before the deaths, according to L’EchoRepublicain.

Remi Coutin, the Chartres prosecutor, said of the incident: “This is a tragic affair. Together, they had a 15-month-old baby.”

Police said they found a car parked near the scene of the tragedy, which allowed them to quickly identify the victims.

Post mortem examinations would be carried out within several days as part of the inquiry in the deaths, police added.