How you can help prepare your child for kindergarten right now 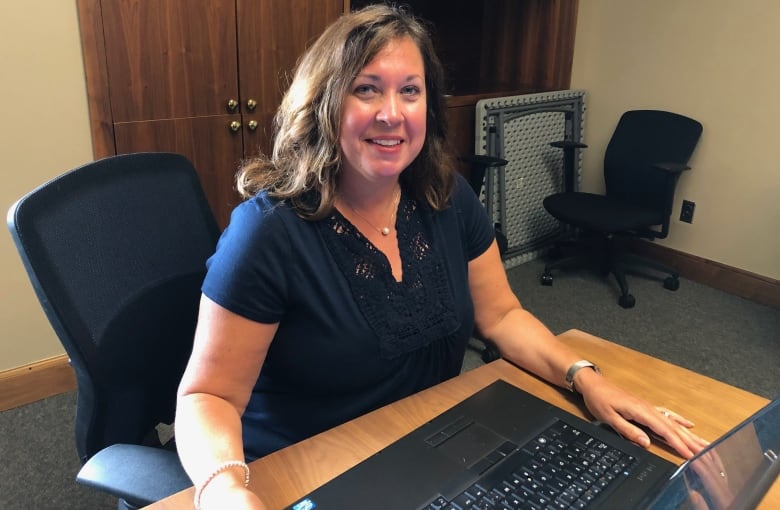 In 25 years of teaching elementary school, Aldene Smallman has just about seen it all. The P.E.I. Teachers’ Federation president, now entering her third year in the role, shared her advice for preparing your children now for success in kindergarten.

“One of the key aspects of a child entering kindergarten would be to foster as much independence as possible,” Smallman said. “So these children coming into kindergarten can feel proud about what they can do on their own.”

Smallman said that independence can be encouraged and practised at home in these last few weeks before kindergarten begins.

Here are a few key areas she said parents and caregivers can work on with little ones.

1. Getting out the door

Smallman says she remembers doing practice runs to rehearse the morning routine when her own children were heading to school for the first time.

“Giving time in the morning is extremely important — no one likes to start their day rushing,” she said.

Lay out clothing the night before and talk about expectations for the morning to help establish a morning routine, she said.

2. Getting dressed at school

“I think if you spoke to any kindergarten teacher, they would talk about children being able to dress themselves,” Smallman said.

Mastering zippers and laces can take time. Make sure your child’s outerwear is easy to zip, snap or fasten.

Same goes with footwear: laces are often too much for kindergarteners to manage, especially if they’re in a hurry to get outside for recess. Choose footwear that slips on or has Velcro closures instead of laces, Smallman said.

“There could be 20 children… and they all have to wait for the teacher to provide assistance if they don’t have footwear that can be easily put on,” she said. “We all know children want to get out the door as fast as they can and play.”

Practise getting snowsuits, hats and mitts on in the fall before the snow arrives, Smallman says.

Practise having your children go to the bathroom by themselves — don’t help them with buttons, zippers or buckles.

Make sure they can wipe themselves independently and wash their hands without being reminded.

“A lot of children will be in a rush and not want to stop and take the proper time for handwashing,” Smallman said.

“Those are things that can be reinforced in the home that will really help the school environment.”

“Lunchtime is a challenge, especially in a kindergarten classroom, especially with the numbers that you might be dealing with,” Smallman said.

Make sure your kids can open food containers like milk cartons and reusable plastic containers by themselves. Check that they know what goes where when it comes to tossing any trash in the recycling, compost and waste.

“Plus, they’re proud, they feel proud when they can do that all on their own,” Smallman said. “As parents our first instinct is to open everything for them and even when it comes to cleaning up messes — if they spill, for example some milk on the floor … it’s important that they take responsibility for that.”

Time is limited at lunchtime too, so have conversations around eating first and talking later.

Practise drinking from a water fountain if you can find one somewhere, Smallman suggests, given many children have never used one before.

Especially during the coronavirus pandemic, families have been tied to their homes. As a result, children may have missed in-school kindergarten orientations. They may also not be used to listening to adults other than their parents.

“It’s important to give your child a chance to be away from home and family, so their comfort in other environments increases,” Smallman said. “That is a skill you can help them feel at ease with … having conversation with other adults.”

It could be something as simple as having your child go through the checkout process at the grocery store with their own treat, so they can interact with the cashier.

“Having children speak outside of the home with other adults is definitely a huge benefit,” she said.

Practise having children follow a series of directions, rather than just one at a time. For instance, ask your child to wash their face, brush their teeth and get into bed. They will be given multi-step directions at school so it’s good to hone that ability.

“It’s a skill that takes practice, but it’s easy to foster at home,” Smallman said.

Smallman suggests having your child’s eyesight tested, and recommends caregivers use Prince Edward Island’s Eye See Eye Learn program, which provides a free eye exam (up to $90) and free glasses if needed, for children entering or in kindergarten.

“Eighty per cent of classroom learning is through vision,” she said.

Reading to your kids at home — having them sit quietly, listen and then discuss the story — will set them up for classroom expectations, Smallman said.

Practising holding and using pencils and using scissors to cut paper is also “so important,” she said.