How local, online startups are hoping to snatch Black Friday away from the big boys amid COVID-19 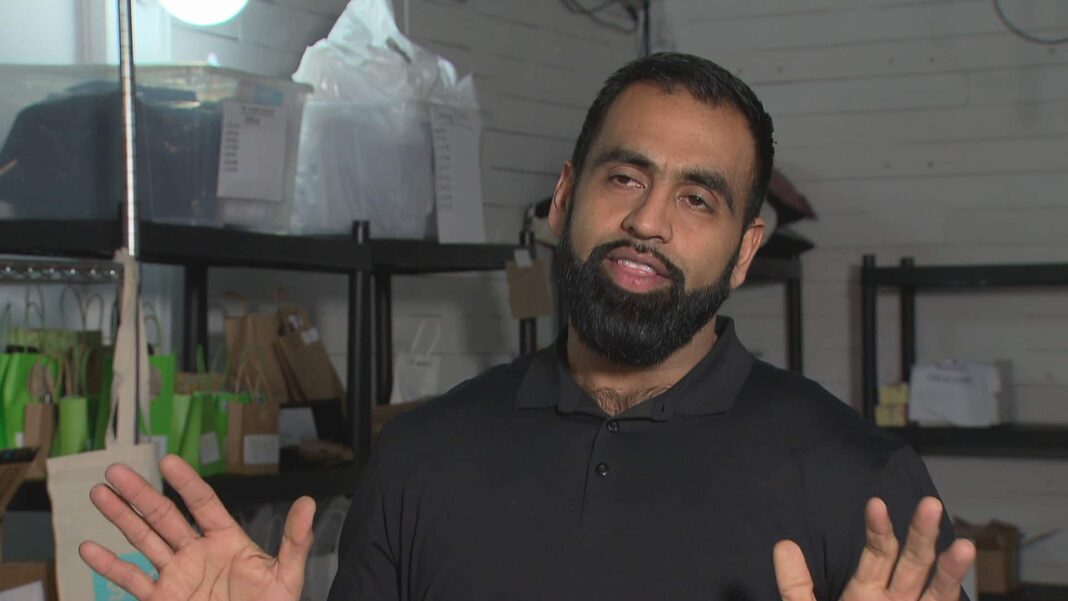 Black Friday sales on now have traditionally been the domain of big, national chains with beefed-up advertising budgets. But this year, there’s a growing push to make sure that the annual bonanza of consumer spending goes as much as possible to the stores that need it most: small, local retailers.

While overall sales have been recovering from spring lows when the pandemic began, retailers continue to be hit hard by COVID-19. And the threat of low sales lingers, particularly as a new round of lockdowns across much of the country have forced the closure of stores that sell anything deemed non-essential.

Small mom and pop shops have always faced an uphill battle competing with the big boys who have the benefit of huge supply chains to squeeze suppliers, but initiatives across the country this year suggest the little guys are not going down without a fight.

Ibrahim “Obby” Khan is the co-founder of Goodlocal.ca, a Winnipeg-based web platform that he describes as being like “Amazon and Etsy meet local.”

As the owner of a half dozen Winnipeg restaurants, Khan knows just how hard things have been for local vendors lately. That’s why he spearheaded a plan to bring together a handful businesses that were doing fine before COVID-19, but found themselves losing sales afterwards because they weren’t able to pivot to online selling  — or handle delivery, if they could get enough sales to make it worthwhile 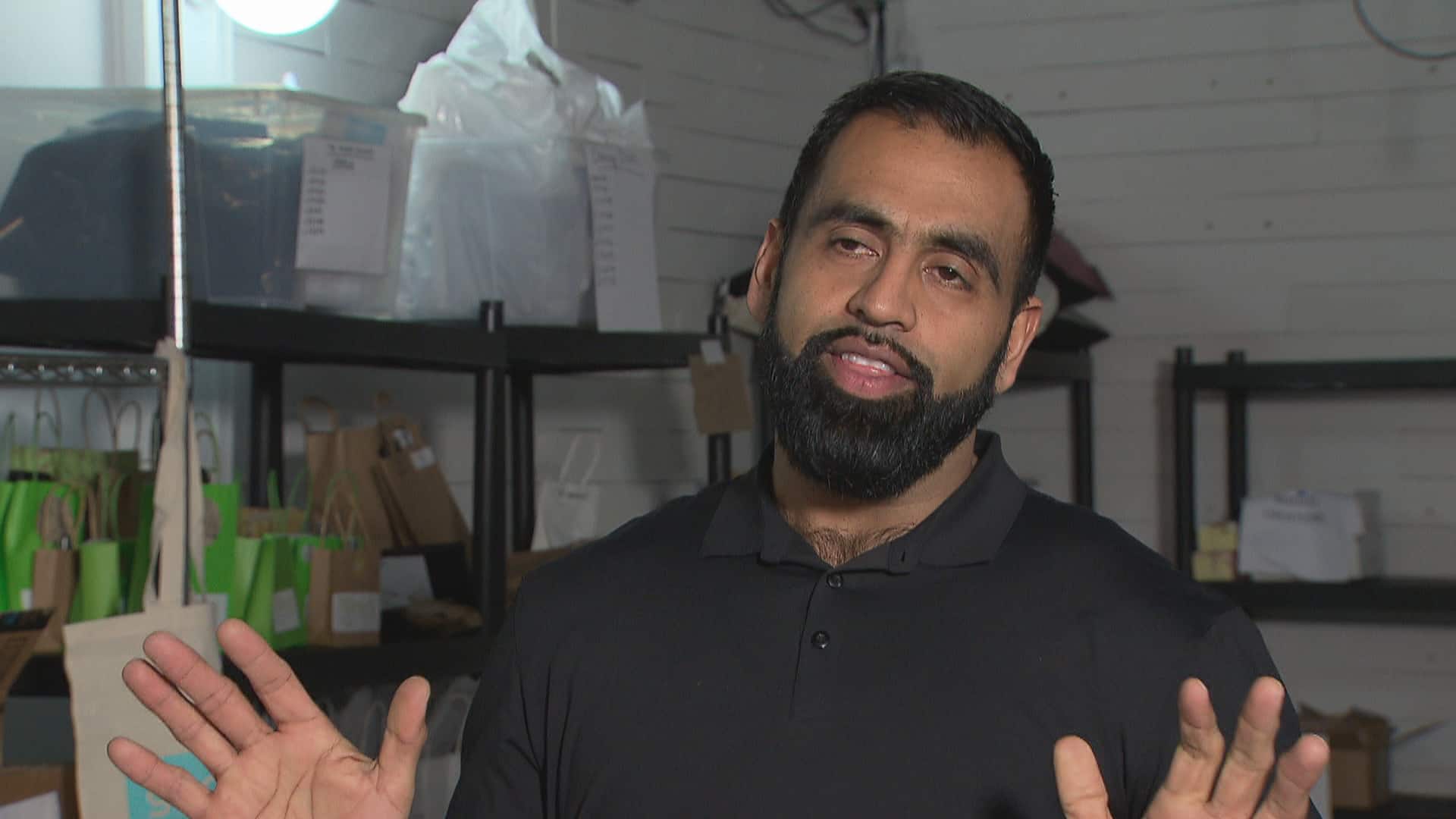 Ibrahim ‘Obby’ Khan, founder of Winnipeg’s Goodlocal.ca, talks about how his initiative to handle delivery for local small businesses has exploded this month 0:47

Goodlocal has become a sort of middle man for those businesses, connecting retailers with consumers who want to shop from them even amid current COVID restrictions. It’s searchable by product and growing by the day.

“If you want it and it’s local, you can order it. We will take care of the packaging, getting it from the vendor and we will drop it off at your house,” Khan said.

While the initiative started slowly with a few dozen vendors, it now has wares from more than 200 — and a backlog of  almost as many, looking to sign up. It’s been such a success he hopes to expand across the province and maybe the country, next year.

Khan said the site has grown from just 18 orders on its launch day, a few weeks ago, to hundreds everyday. On Wednesday, the site processed a record 705 orders.

Goodlocal has put $91,000 worth of sales into retailers’ pockets in a matter of weeks. Those are real dollars that could be the difference between staying open or shutting down forever for some of them, he said. “You could see tears in some of our vendors eyes … they were saying: ‘I’ve sold more in two weeks than I have sold in the last nine months since COVID started’.”

Best of all, he said, 95 per cent of customers end up buying something from more than one vendor, not just the one they sought out in the first place. And vendors say they are booking sales from new customers, not just their existing ones.

“It’s really turning into this ecosystem of everything and anything local,” he said.

Melissa Zuker’s story is similar. In 2014, she co-founded the Toronto Market Co., which works with local restaurants, retailers and artisans to create pop-up shops and markets to sell their wares to the public.

Business was booming and then like everything else, COVID-19 brought things to a standstill in March of this year. As the concept of one-stop-shopping in a physical location became next to impossible to do, Zuker made the same digital pivot to try to recreate that market experience, online.

In June, Torontomarketco.com was launched. A few dozen businesses signed up at first, but the response from customers was so encouraging that the site now works with almost 100.

The site offers either delivery, for a small fee, or contactless pickup. The holiday buying season, which starts roughly on Black Friday and goes through to Christmas, is a huge time on the retail calendar, with many businesses making up to half of their annual sales in this period.

Zuker’s been pleased with the response from vendors and customers.

“Anything that we can do for anyone … that’s been forced to close. I think it’s really important to try to support them [because] your favourite bakery on the corner might not be there in the spring,” she said.

Under normal circumstances, most consumers are very price sensitive and want the best deal, he said.

“And if the best deal means going outside of their community, going to the shopping mall somewhere else, then that goes at the expense of shopping local,” he said in an interview.

But that rule of thumb isn’t quite as iron clad this year, he said.

“We’re a lot more willing to help local businesses and we’re trying to do this in an effort to make a difference, you know, almost as a patriotic duty, if you will.”

Small retailers still face a major uphill battle in their constant fight against big box sellers who can push prices lower and online behemoths like Amazon, which will always have a leg up in terms of speed and convenience. But initiatives like the ones in Toronto and Winnipeg can be a major weapon in that battle, he said.

“If more and more businesses come together, share logistics, share distribution, make the process easier to manage, make it more scalable, then you have a win-win situation where consumers and businesses work on the same end.”

While seemingly overmatched against giants like Walmart, Amazon and others, Khan, a former CFL football player with Ottawa, Winnipeg and Calgary, has first-hand experience of how a focused team of underdogs can rally together to beat a heavy favourite.

“We have a fleet of drivers a lot of them volunteering their time to come in tomorrow and help us deliver,” he said, pointing to a stack of more than 700 orders.

“It’s rocking and rolling … we just really want to keep this thing going and support local businesses and keep people safe at home.”