How international students heading to Canada are navigating pandemic travel 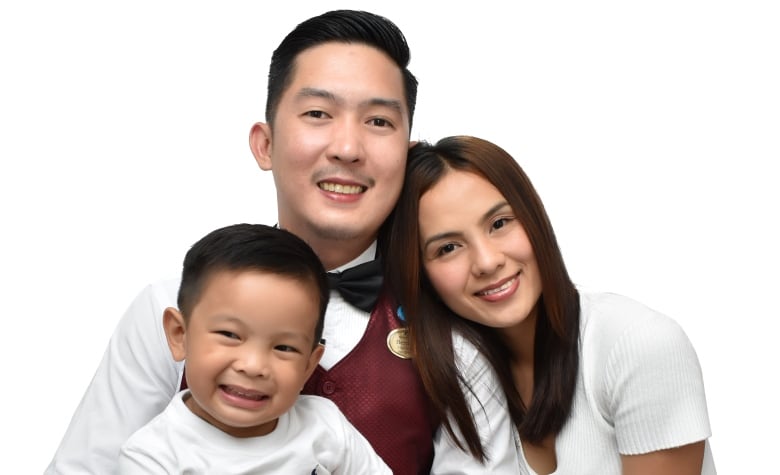 After over a year of mostly virtual learning due to the COVID-19 pandemic, many Canadian colleges and universities are preparing to open their doors for in-person classes this fall.

Some international students say they are overcoming huge hurdles to get back to campus amid travel restrictions tied to the pandemic. They say online learning was a necessary solution in the interim but fell short of what they expected from a university experience in Canada.

CBC News spoke with four international students whose journeys to pursue post-secondary education in Canada have been anything but ordinary.

Noime Florece and her husband, Bernardo Florece III, 31, arrived at the airport in Manila, Philippines, on July 7 to travel to Canada, only to be told at the check-in desk that they weren’t allowed to travel because her classes were more than four weeks away from starting.

Noime plans to study tourism at Humber College in Toronto and her classes only begin in September.

There is no specific rule on how early an international student can arrive before classes start, said a spokesperson from Immigration, Refugees and Citizenship Canada (IRCC).

But a Canada Border Services Agency officer could view a student arriving far in advance of the start of their program as a non-essential traveller, the spokesperson said, referring to the IRCC’s response to a question on Twitter on the issue.

1/3 Hi. You should travel to Canada to give yourself enough time to complete your 14-day quarantine before you need to be in class. A border services officer might think you are travelling for tourism or entertainment purposes if you travel to Canada far

“If there’s any advice that we could give, people should regularly check the flight requirements,” said Bernardo.

“It’s quite tough for us because we spent a lot of time and effort.”

Noime and Bernardo received a 50 per cent refund on their tickets and rebooked their flights. They finally left Manila on Aug. 10.

They are now quarantining at Noime’s aunt’s house in Mississauga because they are not fully vaccinated and hope their 3-year-old son, Paul, will join them from the Philippines once they are settled here.

“I want to experience the life of a student in Canada, and I also want to gain more work experience here so that when I go back to the Philippines I can build my own business,” said Noime.

“[Travelling] was quite stressful, but we’re happy it’s all done.”

Pritish Mishra has almost completed the first year of his PhD in computer science at the University of Toronto. And he’s done it almost entirely from India.

After applying for his study permit in June last year, he was excited to begin his studies in Canada come September. But with long delays in processing, he has yet to receive the permit and isn’t sure if he’ll be able to get into the country anytime soon.

According to EduCanada, it can take up to three months to get a study permit, depending on the country you are applying from. But after waiting for his permit to be processed for over a year, Mishra still doesn’t have the document necessary for him to travel to Canada for school.

“Over this last year, my research has been seriously affected,” he said.

“It’s hard to collaborate with colleagues. My professor had to pull a lot of strings to get equipment to me in India. The mental pressure is huge.”

Mishra says he contacts the IRCC using their online web form every month to ask why his study permit is still being processed.

Every time, Mishra says they send him the same online response — that although the required documents for his permit have been received, processing times have been affected by the pandemic.

His PhD program usually provides stipends to students for completing research, but since Mishra doesn’t have his study permit, he can’t obtain his social insurance number. As a result, his stipend has been put on hold.

“I haven’t been paid anything for one year,” Mishra said.

“I have used up all of my savings over this one year, surviving. You are always under pressure whether you will be able to complete your PhD or not.”

When the pandemic hit last spring, Isaiah Colthrust, a fourth-year University of Toronto undergraduate student, travelled back to Trinidad and Tobago to be with family.

After months of lessons online, Colthrust came back to Canada in January since he had a job as a residence assistant that allowed him to stay at the university’s Mississauga campus, where he is studying digital enterprise management.

When he came back to Toronto, he was forced to quarantine in the Chelsea Hotel in Toronto for two weeks and filmed his self-isolation experience.

“That’s why I made a video about [my quarantine experience], because it took up a lot of my time.”

In his YouTube video, Colthrust shares tips on how to stay mentally and physically fit – and how to wash your clothes in the sink – all from the comfort of a hotel room.

Dikshita Nath planned to travel from India to Vancouver on August 11 to pursue her PhD in civil engineering at the University of British Columbia (UBC).

Indian students who wish to travel to Canada must obtain a negative COVID-19 test result from a third country before coming to Canada due to an extended travel ban on flights from India until Sept. 21.

Nath, who began the first semester of her PhD online during the summer, planned to travel with a friend from Mumbai to the United Kingdom to Mexico – where she would take a COVID-19 test – and then finally to Vancouver.

But Nath’s plans were complicated by mixed messages and quickly changing travel protocols. Nath said she understood that her journey through London’s Heathrow airport did not involve passing through U.K. border control or entering the U.K. before getting on her connecting flight to Mexico.

When asked about Nath’s case, a British Airways spokesperson said she did not meet the entry/exit requirements and that customers should check the latest travel information before departure as well as entry requirements for their destination.

“We ran from one airline counter to the other, asking if there were [other] tickets available,” said Nath.

After hours at Mumbai airport searching for other flights, Nath checked into a traveller’s hostel in Mumbai that night, where she has stayed with all her luggage for over a week.

Her new plan is to get on a charter flight from Mumbai to Cairo on Sunday – where she will take her COVID-19 test – and then travel from Cairo to Toronto. Then, she plans to fly from Toronto to Vancouver to finally pursue in-person experiments as part of her PhD program.

“It’s been really hard because at one moment I’m so hopeful and at another moment I’m like, I should give up that opportunity [in Vancouver] and stay in India and find a job,” said Nath.

“It has been difficult, but it’s forced me to be stronger.”