How Democrats Are Fighting The GOP Health Care Bill 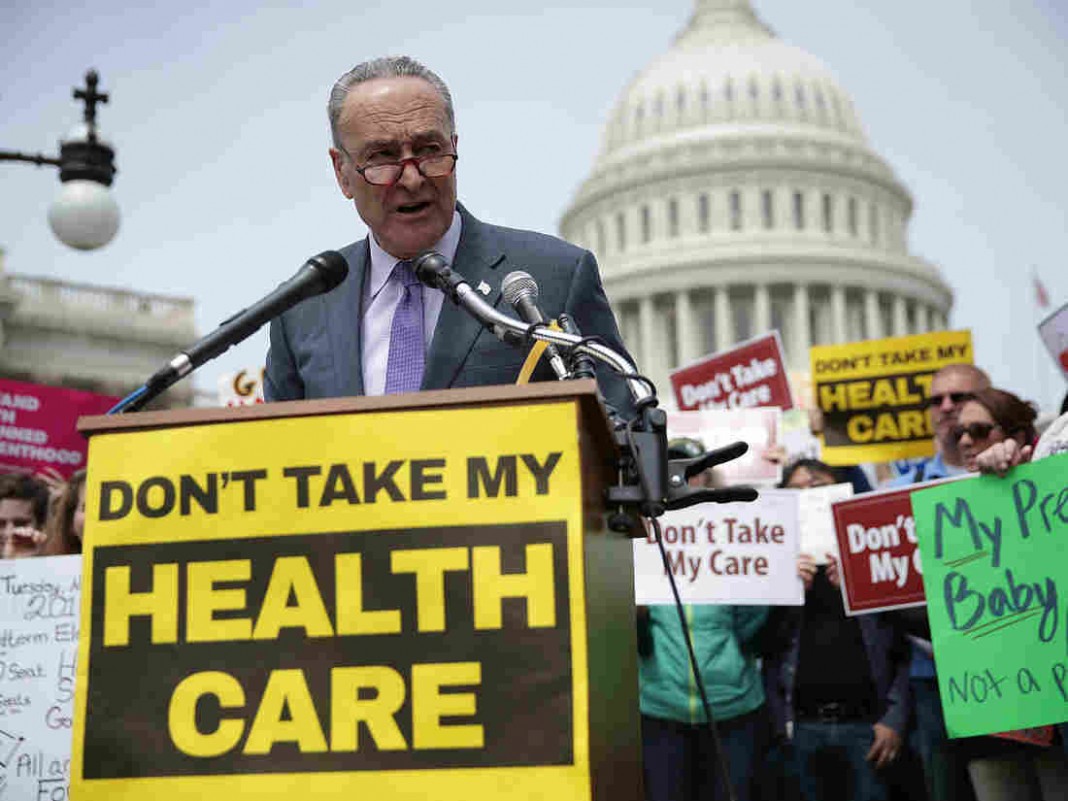 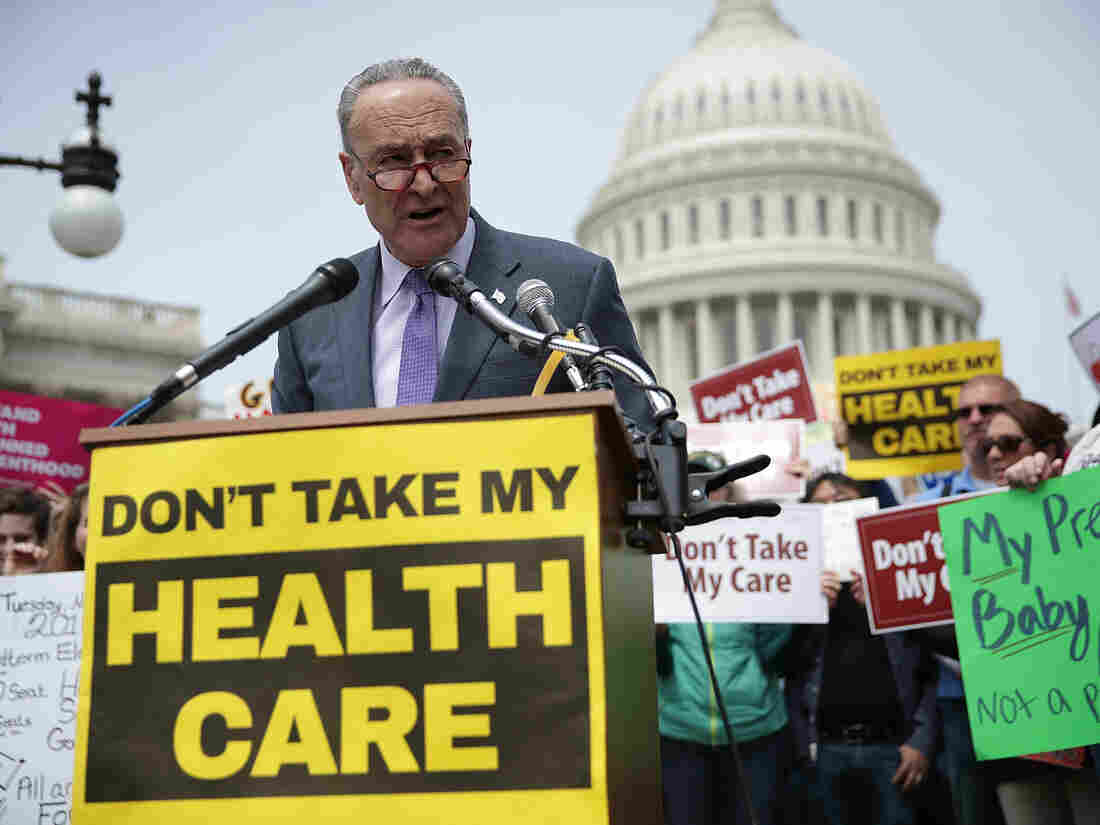 Senate Minority Leader Chuck Schumer, D-N.Y., speaks during a Stop ‘Trumpcare’ rally in front of the Capitol in Washington, D.C. in May.

When Senate Republican leaders delayed the vote on their bill to repeal and replace the Affordable Care Act, also known as Obamacare, Minority Leader Chuck Schumer, D-N.Y., was quick to not declare victory.

“We’re not resting on any laurels, nor do we feel any sense yet of accomplishment,” Schumer said at his weekly press conference, shortly after the surprise GOP decision to punt on a vote. “Other than we are making progress, because the American people are listening to our arguments.”

The push to repeal key parts of the Affordable Care Act will succeed or fail based entirely on Republican votes. So arguing is the most that Democrats can do.

Perhaps it’s enough. The bill’s popularity has cratered as the debate has dragged on. An NPR-PBS Newshour-Marist poll out this week put its approval at 17 percent. As Republicans have scrambled to pull together the bare minimum of votes they need to pass their bill, Democrats have done something the GOP mastered over recent electoral cycles: Oppose a complicated legislative effort by focusing on how it could potentially disrupt voters’ lives.

“Health care, in general, is a complicated policy, but for people to understand what this bill would do to them has been pretty simple,” said Meghan Smith, a strategist at the public relations firm SKD Knickerbocker.

Smith is helping coordinate messaging for a number of progressive groups trying to block the repeal-and-replace effort. She said the groups are focusing on big-picture ideas, like projections the legislation would lead to higher health care costs for many Americans. The Congressional Budget Office’s projection that an additional 22 million people would be uninsured if the Senate bill becomes law has been easy to communicate, as well.

As outside groups have organized ad campaigns and activism efforts, Schumer and the rest of the Senate Democratic Caucus has been holding event after event in and around the Capitol. There’s been a clear effort by lawmakers to bring their arguments down to a personal scale.

On Tuesday, most of the Democratic caucus stood on the Senate steps holding large posters of constituents who rely on the Affordable Care Act or Medicaid. As it wound down, Schumer spelled out the messaging strategy. “We ask you — those of you from local papers and outlets, to talk to your senator about the person that they are holding up,” he urged reporters covering the event.

As the debate has gone on, Democratic lawmakers keep returning to one main attack point. The Senate Republican-drafted bill, Sen. Cory Booker, D-N.J., said Thursday, provides “massive tax cuts for the wealthiest Americans. And to pay for that, we’re taking away health care from millions and millions of Americans. It’s as plain as that.”

Democrat after Democrat has made similar arguments on the Senate floor and at various rallies and press conferences in recent days.

Booker orchestrated one of the Democrats’ more viral moments on Monday — a three-and-a-half-hour live video stream on the Capitol steps, focused on blasting the bill. The video initially began with Booker and Rep. John Lewis, D-Ga. Other lawmakers joined in, and, by the end, a large crowd of supporters was there, too.

“It was truly a special moment,” Booker said. “It shows the spontaneous outpouring that people have, who feel very passionate about this issue.”

But the question is whether any of this matters. The bill’s fate comes down to a dozen or so Republican senators — lawmakers who likely don’t have much support from the types of people who are showing up at Capitol rallies anyway.

That’s why efforts by people like Stephanie Powell may be more important. Powell lives in Anchorage, Alaska, and every morning at around 8 o’clock, she calls the office of Sen. Lisa Murkowski, a Republican who represents the state. “I call her Anchorage office, her Juneau office, her Fairbanks office, her Washington office,” Powell said.

Powell is progressive, but said she voted for Murkowski. “She’s always been Alaska first,” she said. But Powell and her family all rely on Medicaid, which she is quick to tell Murkowski’s staffers when they pick up the phone. “They know more about my health history than maybe my own mother at this point, because I’ve been very up front about what this means to us.”

The Senate is in recess for the next week. Which means Murkowski and other Republicans who are on the fence about the legislation — including Maine’s Susan Collins, Nevada’s Dean Heller and Ohio’s Rob Portman — will likely be hearing from a lot of people like Powell.