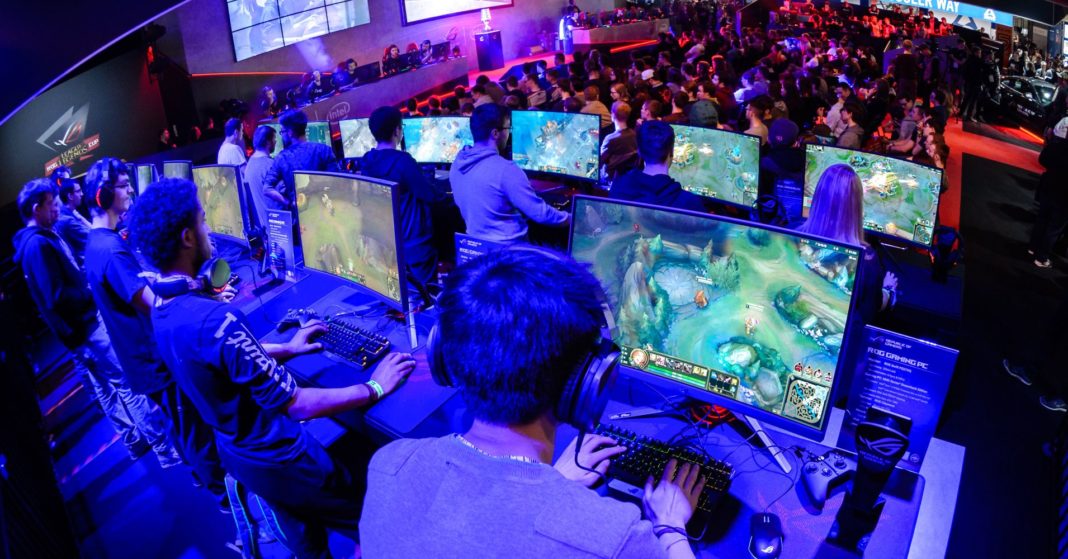 James Wingard had never thought about being a professional esports competitor. Now, the 17-year-old Los Angeles resident, who’s also known as “Wings,” is part of one of the world’s biggest esports organizations.

He’s playing in a new league that boasts a $1 million prize pool — and he’s doing it all on his phone with “Clash Royale.”

Made by game publisher Supercell, “Clash Royale” is a mobile electronic sports game that pits players in head-to-head strategic matches to destroy each other’s digital towers. They use decks of cards with their own special abilities. It’s all part of a booming global market for esports that research firm Newzoo expects will generate more than $143 billion by 2020.

Following its 2016 launch, “Clash Royale” generated over $1 billion in revenue in less than a year and now has over 50 million daily active users, according to Newzoo. In March, some 25 million competed in a global in-game qualifier event that saw about 7,000 players move on to the next rounds. A much smaller handful was recruited for professional teams.

That includes Wingard, who was recruited by esports organization Cloud9 at the end of July, just in time for the Clash Royale League debut on Aug. 20. He’s now one competitor on the dozens of teams worldwide competing in virtual leagues.

“I kind of just played [the game] a lot in my free time,” Wingard told CNBC. “Eventually I found myself improving a lot, and I competed in small tournaments. When they announced the championship series, I qualified for it.”

With many consumers tethered to their smartphones, the surging esports industry has made a strategic bet on mobile growth. Mobile gaming revenue accounts for the largest share of revenue, which Newzoo estimates will top $57 billion in a $125 billion market this year. By 2020, mobile’s slice of the market could grow to over $72 billion, the firm said.

While mobile gaming has been a staple in Asia, particularly with hit titles like “Arena of Valor” and “Battle of the Balls,” mobile esports clocked in around 2 million hours viewed on streaming platform Twitch in North America and Europe last year. Thanks to soaring popularity, “Clash Royale” viewership took up more than half of that time.

Noah Whinston, who is CEO of esports organization Immortals and fields one of the eight teams in “Clash Royale’s” North American league, believes it’s one of the two main factors that could result in success for the league.

The second factor, he said, is Supercell’s involvement in developing the league. According to Supercell CEO Ilkka Paananen, at least part of it involves crafting a truly mobile experience for players.

“One of the key factors that makes a true difference is the short session time [for each game],” said Paananen, adding that “Clash Royale’s tempo is a good fit for mobile. “Even if you just have a couple of minutes to spare, you can start the match.”

The same goes for viewers, with Supercell aiming to craft a mobile viewing experience that doesn’t emulate the more PC-based broadcasts usually seen in esports.

“The one thing we learned last year [is that] most of our viewers are watching on mobile,” said Tim Ebner, Supercell’s head of esports. “That makes sense because we’re promoting the game itself, and that’s probably where we drive a lot of viewership.”

Because many users like watching matches, “we focus on the mobile viewing experience, such as broadcasting the games in portrait mode, and it’s helping to retain viewers in broadcast,” Ebner said. “People are staying and engaged with the content.”

The draw of the mobile viewing experience has done its fair share of bringing in some of the gaming world’s biggest names. Among them is Patrick “Chief Pat” Carney, a popular YouTube personality and founder of Tribe Gaming.

Carney’s organization fields teams in both “Clash Royale,” as well as the smash hit “Fortnite” and another mobile title called “Vainglory.” He discovered the potential of mobile-based content about four years ago, when he was building his channel. At the time, Carney decided to go all in on mobile esports when the time came.

“It made sense with mobile that esports would catch on,” he said. Amid a vast market for touchscreen devices, “it was just a matter of having quality enough titles and fighting off the stigmas around mobile gaming that I saw as an influencer transitioning into esports.”

Now, Chief Pat and his team are gearing up for the league finals set to take place at the end of the year. The date and place have not been announced. This year’s finals will build upon the 2017 Crown Championship in London, where the top 16 “Clash Royale” players in the world competed for a $400,000 prize pool.

Wingard is aiming to be one of the world’s top players this year, but he’s not ruling out the possibility of new players making their mark on the scene.

“I definitely see the competition rising because just last year, so many new names came out of nowhere at the championship series and all made a name for themselves,” he said.