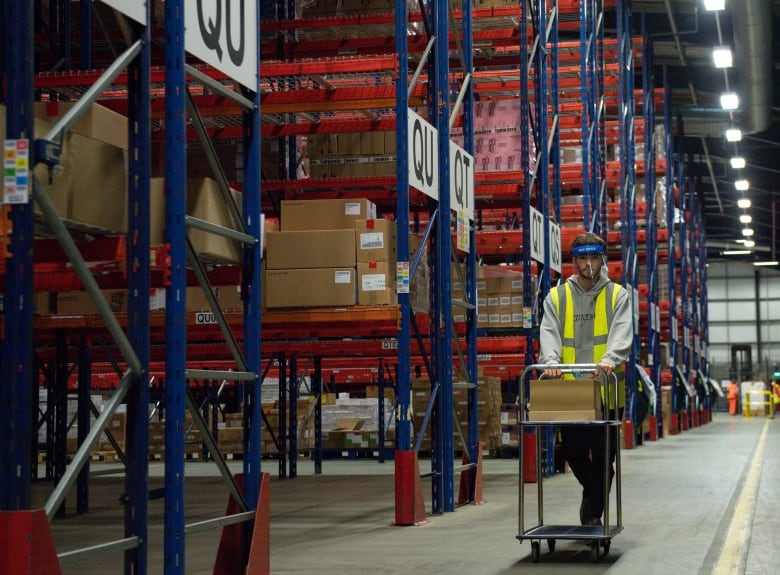 The Pfizer-BioNTech COVID-19 vaccine can now be stored at typical refrigerator temperatures in Europe for weeks longer than previously thought, which could have major implications on the rollout of vaccines across Canada and the world.

The European Medicines Agency (EMA) recommended the change to the “more flexible” storage conditions for the vaccine on Monday, saying it could have a “significant impact” on the deployment of vaccines throughout the European Union.

The EMA now says unopened, thawed vials of the vaccine can be stored at temperatures of between 2 and 8 C for a total of 31 days, up from the previously approved five days, after it analyzed additional data from Pfizer on the stability of the vaccine.

Health Canada currently allows thawed Pfizer vaccines to be kept at fridge temperatures for up to five days. Vials thawed at room temperature (up to 25 C) for 30 minutes must be used immediately, according to the vaccine’s product monograph. The vaccine is typically stored at temperatures between –80 C to –60 C in Canada.

A submission is now “under review” to introduce a “similar change to the Pfizer storage conditions in Canada,” a spokesperson for Health Canada said in a statement to CBC News.

Dr. Zain Chagla, an infectious diseases physician at St. Joseph’s Healthcare Hamilton and an associate professor at McMaster University, says changes to how the thawed vaccine is stored could break down barriers to access in Canada — especially as second doses roll in.

“By mitigating these cold chain limitations, you can just more readily get this vaccine out to more places,” he said. “It just basically makes this vaccine much more usable and much easier to scale to larger populations.”

Pfizer saying its COVID-19 vaccine could be stored at much warmer temperatures than previously stated would be great news for Canada if the change is approved here, says infectious disease specialist Dr. Isaac Bogoch, as it would make distribution much easier. 3:14

Bogoch says the proposed change could also lessen the pressure on individual provinces and territories when it comes to doses potentially expiring.

“You’re just not going to have this vaccine expire, because you’ve got more wiggle room and more time that it can sit in conventional refrigeration,” he said. “You just have the potential to vaccinate more people.”

Canada’s early deployment of the Pfizer vaccine was hindered by its complicated temperature requirements, which forced provinces to get creative in order to quickly deliver it to vulnerable populations quickly.

British Columbia moved the Pfizer vaccine from its distribution sites almost immediately into long-term care homes to inoculate residents and staff upon receiving its first doses.

Yet Ontario initially decided against bringing it directly into long-term care homes. The province and only did so more than three weeks after receiving its first shipment — prioritizing health-care workers instead.

Bogoch says provinces were told in December that the vaccine shouldn’t be moved after being thawed and that clinics should administer it at the same location and that the province was in contact with Pfizer about the issue at the time.

Chagla says more provinces would have followed Quebec’s model of distributing the vaccine from long-term care homes first and hospitals second if they had known the vaccine was stable at fridge temperatures.

“It would have helped with decentralizing the vaccine rollout and it took a month or two before we could start [doing that],” he said. “This could have very well started — even for the high risk groups — decentralizing it and really getting it into places where the vaccine is hard to reach.”

While an adjustment to the length of time the Pfizer vaccine can be stored and the more manageable temperatures for distribution could give Canada more flexibility in its rollout, the global benefits could be even more significant.

Alyson Kelvin, an assistant professor at Dalhousie University and virologist at the Canadian Center for Vaccinology and the Vaccine and Infectious Disease Organization in Saskatoon, says the change in recommendations are “exciting.”

“It will have a global impact, especially in light of the recent problems plaguing AstraZeneca,” she said, referring to the rare but serious blood clots that can occur after that COVID-19 vaccine. “The increased stability will allow the Pfizer vaccine to be more easily accessible in remote locations across the world.”

Chagla says it could also allow for the Pfizer vaccine to be transported more easily to countries experiencing devastating surges of COVID-19, such as India, which recorded the highest number of deaths in a single day of any country on Tuesday.

“From a global standpoint it’s huge … you could really expand how you do a vaccine campaign globally,” he said. “As long as you can transport it to point X and then put it in refrigeration temperature you have a lot more options.”

Bogoch says we could potentially see this vaccine transported on “the back of a motorcycle” or the “back of a lorry” in smaller clinics in developing nations.

Canada is among the countries sending medical supplies to India as it grapples with a devastating second wave of COVID-19, but getting enough supplies and distributing them are big hurdles. 1:59

“This really helps because you can mobilize this vaccine more readily in lower resource settings outside of bigger centres. I think that’s the key point,” Bogoch said.

Kelvin says she hopes the potential change in storage conditions could even bring down the cost of the Pfizer vaccine since ultra-cold temperatures of up to –80 C may not be necessary for shipping.

The Pfizer vaccine is estimated to cost about $19.50 US per dose in the United States, a price that Kelvin says is “astronomically” higher than the AstraZeneca-Oxford vaccine. It ranges from between $2 and $5 US per dose.