Quebec’s proposed changes to Constitution seem small, but they could prompt historic makeover 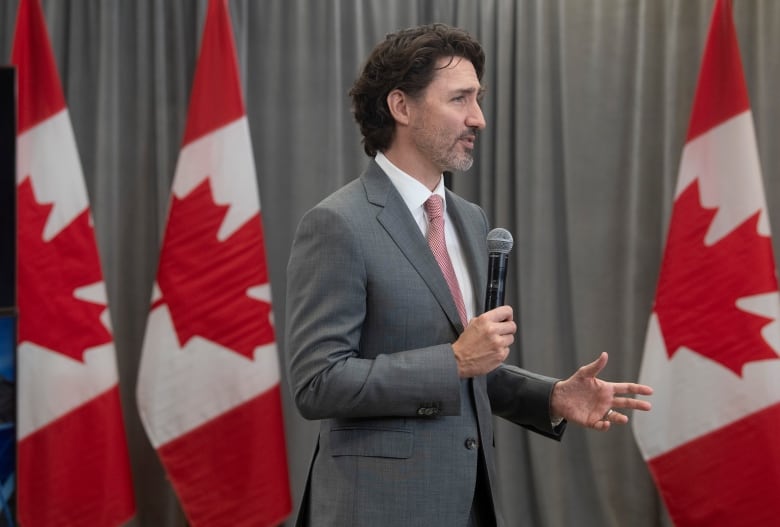 Prime Minister Justin Trudeau said on Tuesday that Quebec could rewrite a section of Canada’s Constitution — no permission needed from the provinces or the federal government.

This is either a very big deal that could alter the next election — and maybe even the nature of the federation itself — or simply a bit of cosmetic surgery to a 154-year-old document.

Quebec’s proposal was tucked into Bill 96, 100-page language bill tabled last Thursday, and yet few politicians or political experts are sure what to make of it.

Even Trudeau acknowledged that his support for the constitutional change was based on an “initial analysis.”

Basically, Quebec wants to insert two bullet points into the 1867 Constitution Act — one that says “Quebecers form a nation” and another that says “French shall be the only official language of Quebec. It is also the common language of the Quebec nation.”

Taken by themselves, there is nothing especially controversial about either statement.

The House of Commons recognized that Quebecers form a nation in a motion passed in 2006. And the second point captures an easily verifiable fact about how the government operates — and most people interact — in Quebec.

Where things get messy is figuring out how these two points get included in the Constitution.

Quebec points to Section 45 of the 1982 Constitution Act, which says, in effect, that any province can simply pass a law in its legislature to alter its own constitution. (FYI, provinces have constitutions, too. We’ll get back to that in a moment.)

Trudeau, in his comments on Tuesday, seemed to agree with Quebec’s assessment, saying, “Quebec, effectively, has the right to modify a part of the Constitution.”

The ‘nesting dolls’ of Canadian constitutions

Straightforward, right? Except that constitutions are “like nesting dolls,” said Eric Adams, a constitutional law professor at the University of Alberta in Edmonton.

“Provinces have their own written and unwritten constitutions, which form the basis of their own government and governing authority,” Adams said in an interview on Tuesday, shortly after Trudeau’s remarks.

“Those constitutions are also part of the larger structure of the Constitution of Canada.”

So while Quebec can alter aspects of its own constitution, any changes that also alter the Canadian Constitution are likely to run into roadblocks.

Emmett Macfarlane, an associate professor of political science at Ontario’s University of Waterloo who studies courts and the Constitution, wrote recently that Quebec’s proposal would “confer new, unprecedented recognition of a social fact by the Canadian Constitution.”

That’s the kind of change, he said, that would require the approval of Parliament, as well as at least seven provinces representing 50 per cent of the country’s population — a process that conjures up painful memories of the failed Meech Lake and Charlottetown accords.

Macfarlane added in a tweet on Tuesday that Trudeau was abdicating his duty as prime minister by agreeing that Quebec can alter the Constitution by itself: “He should stand up for [the Constitution], or resign.”

Quebec’s position, however, is backed by respected jurists in the province, including Benoît Pelletier, who served as intergovernmental affairs minister under former Liberal premier Jean Charest.

Pelletier advised the Coalition Avenir Québec government that its proposed changes to the Constitution wouldn’t affect federal-provincial relations and so would be acceptable under Section 45.

“It all depends on the meaning that you give to the verb ‘affect,'” he told a CBC Radio program recently.

He acknowledged that the constitutional changes would likely be challenged in court but argued they were worth fighting for.

“A constitution is supposed to be the mirror of a society. In the case of Quebec, that mirror should reflect Quebec’s specificity,” said Pelletier, who teaches constitutional law at the University of Ottawa.

Conservative support ‘will be very unpopular’ in West’

If the legal ramifications of Quebec’s constitutional proposal are unclear, then so, too, are the political consequences for Trudeau and his main rivals.

The Bloc Québécois, unsurprisingly, supports the amendment. And so does the New Democratic Party.

“If the Quebec government wants to make modifications to the Constitution to better protect the French language and the culture of Quebec, the federal government should work with the province to make it happen,” a spokesperson for federal NDP Leader Jagmeet Singh said in a statement to CBC News.

Conservative Leader Erin O’Toole told Montreal’s La Presse newspaper that he believes Quebec is able to alter parts of the Constitution by itself.

But earlier on Tuesday, Michelle Rempel Garner, an Alberta MP and the party’s health critic, posted her own reaction, suggesting Trudeau was setting a dangerous precedent.

“I mean if we’re going to play this game, let’s do it up right.”

The country’s equalization payment system almost certainly can’t be altered unilaterally. Premier Jason Kenney plans to hold a referendum on the equalization issue this fall, believing a positive outcome would force the other provinces to negotiate.

But Garner’s comments are a reminder that Western politicians remain sensitive to any hint of preferential treatment for Quebec, whether it comes from a federal Liberal or a federal Conservative.

Prime Minister Justin Trudeau spoke for the first time about Quebec’s Bill 96 during the regular pandemic briefing on Tuesday. 1:17

“A Conservative party that goes along with this will be very unpopular in the West,” said Ted Morton, a former Alberta cabinet minister and an influential figure in conservative circles in the province.

Morton even predicted that O’Toole’s backing of Quebec’s constitutional demands would ignite support for the Maverick Party, an upstart federal formation based in the West with similar ambitions to the former Reform Party.

“There are not very many rural seats in Alberta or Saskatchewan, but I guarantee you they’ll win them,” Morton said.

For a constitutional proposal that ostensibly changes very little, its consequences could be significant for all parties involved.