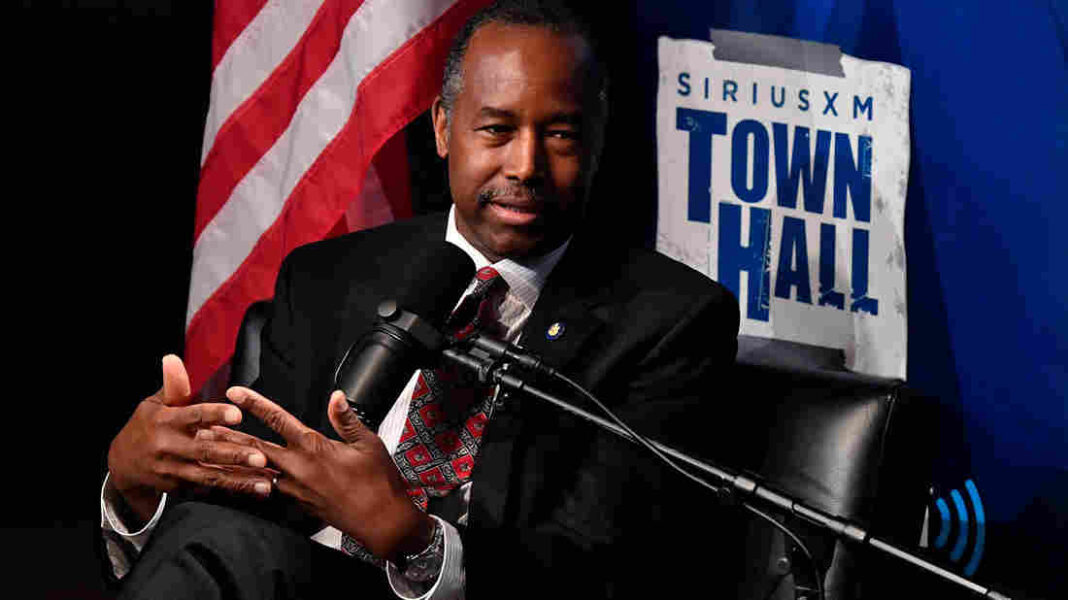 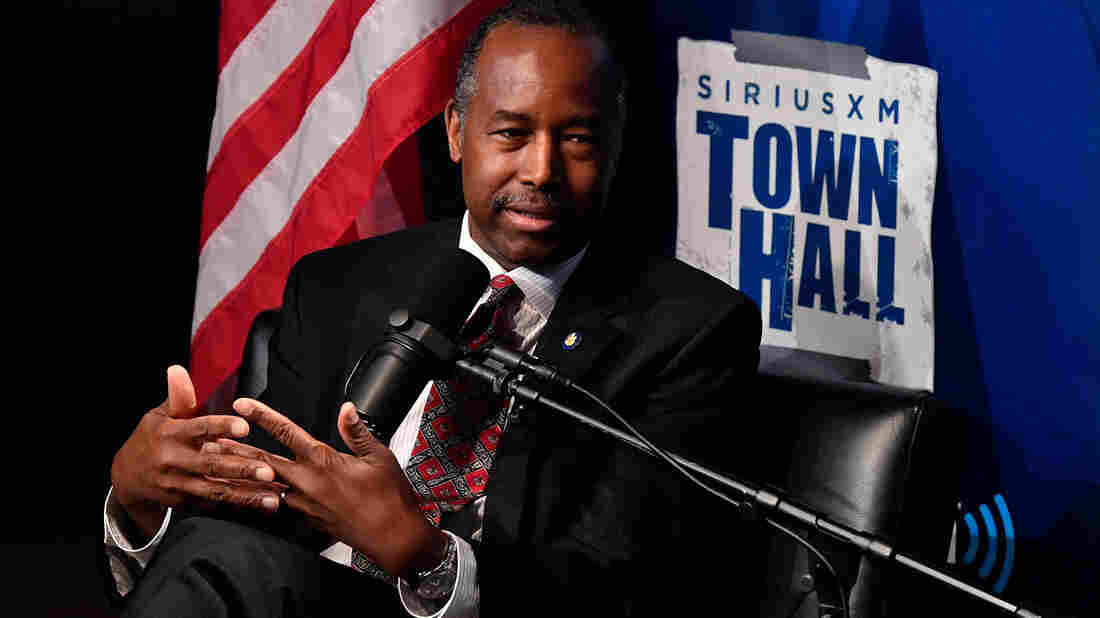 When it comes to poor Americans, the Trump administration has a message: Government aid is holding many of them back. Without it, many more of them would be working.

Office of Management and Budget (OMB) Director Mick Mulvaney said as much when presenting the administration’s budget plan this week to cut safety net programs by hundreds of billions of dollars over the next 10 years. The administration also wants to tighten work requirements for those getting aid, such as food stamps, or Supplemental Nutrition Assistance Program (SNAP) benefits.

On Wednesday night, Housing and Urban Development Secretary Ben Carson — whose budget to help low-income households would be cut by more than $6 billion next year — added his own thoughts. He said in a radio interview that “poverty to a large extent is also a state of mind.”

Carson — who himself grew up in poverty to become a widely acclaimed neurosurgeon — said people with the “right mind set” can have everything taken away from them, and they’ll pull themselves up. He believes the converse is true as well. “You take somebody with the wrong mind-set, you can give them everything in the world (and) they’ll work their way right back down to the bottom,” Carson said.

Anti-poverty advocates say both Carson and Mulvaney are fundamentally wrong, that most low-income people would work if they could. And many of them already do. They just don’t make enough to live on.

“All Americans, but particularly one of the top federal anti-poverty officials, should understand that the main causes of U.S. poverty are economic, not mental,” said Joel Berg, CEO of Hunger Free America. “Overwhelming facts and data prove that the main causes of poverty are low wages, too few jobs, and an inadequate safety net – not some sort of personal attitude problem.”

He and other advocates say the image of millions of able-bodied people sitting around collecting checks doesn’t match reality. About two-thirds of the 42 million people who get SNAP benefits are elderly, disabled or children. A majority of SNAP families with kids have at least one person who’s working, according to the U.S. Department of Agriculture.

Olivia Golden, executive director of the nonpartisan Center for Law and Social Policy (CLASP), says one of the biggest obstacles to getting people off government aid is the lack of decent-paying jobs.

“Two-thirds of poor children live with an adult who’s working,” she says. “So working is no guarantee of being above poverty.”

Golden says Carson’s suggestion that poor people are lazy or somehow at fault is “an idea that through American history has been an excuse for really bad policy decisions.” She cited lack of investments in education, and says the comments are especially egregious given the president’s budget proposal. It calls for steep cuts in education, health care, job training and other supports for low-income Americans.

Golden argues that, rather than discourage work, government support — such a food aid and health care — can encourage people to seek and keep jobs by helping them to stabilize their lives. She says it’s easier to work if you aren’t worried about being hungry or sick.

Michael Tanner of the libertarian Cato Institute also thinks Carson is wrong about poverty being a state of mind. “Poverty is being poor,” says Tanner.

But he agrees that government benefits can sometimes be a disincentive to working, because people make an economic decision about whether they’ll be better off if they take a job. By the time they calculate the loss of benefits, taxes they’ll have to pay and the cost of employment — such as child care and transportation — it’s often not worth it.

He also thinks that some people stuck in poverty do make bad choices — such as dropping out of school or getting pregnant — that worsen their economic outlook.

But Tanner says many poor Americans have to deal with conditions that are not of their making and prevent them from getting ahead. He thinks the answer isn’t cutting government aid, but dealing with the barriers to work, including a lack of education and a criminal justice system that leaves many — especially African-American men — with criminal records that prevent them from getting hired.

Joel Berg thinks raising the minimum wage would also help, as would making housing more affordable for low-income families. The Trump budget would cut some of these programs, overseen by HUD Secretary Carson.

In presenting the budget, OMB Director Mulvaney did offer this assurance for those people who are getting government aid. “We are going to do everything we can to help you find a job that you are suited to and a job that you can use to help take care of you, yourself, and your family,” he said.

He didn’t provide details other than to add, “If you’re in this country and you want to work, there’s good news, because Donald Trump is President and we’re going to get 3 percent growth, and we’re going to give you the opportunity to go back to work.”

Mulvaney also promised that the administration would not kick “anybody off of any program who really needs it … we have plenty of money in this country to take care of the people who need it.”

Defining just who does and doesn’t “need it” will likely be a big part of the debate as Congress considers what to do with the president’s plans.