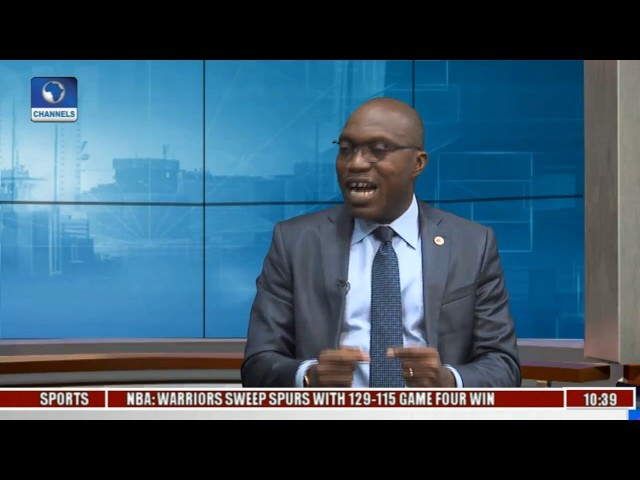 Early this week, newspapers reported that, as a result of the intervention of Acting President Yemi Osinbajo and Senate President Olusola Saraki, among others, the Kano State House of Assembly has dropped its probe into the allegation that the Emir of Kano, Muhammadu Sanusi II, misappropriated the sum of N6bn. Even when we grant that the eight-man probe set up by the Assembly barely disguised its intentions, there is still a whiff of contradiction in a reformist government intervening publicly to bail out someone facing corruption charges. That contradiction points up bigger ones in our system, namely, the political folklore that anyone well connected enough to the powers that be can be let off the hook .In other words, it reinforces the essentially political character of anti-corruption and probes in a context where the rule of big men and big money, rather than the rule of law, prevails.

The drama also reminds us, as Adeola Soetan bantered in the opening quote, that the problem in this and many other cases is not so much corruption as the urge to hit at critics and those who happen to be on the wrong side of the political divide. As this columnist has repeatedly narrated, President Muhammadu Buhari is to be thanked for placing political reform and anti-corruption squarely on the national agenda. Two years into his administration, the results are mixed, as too many untouchables flourish because of the selective application of what is essentially a noble programme. That apart, there is this uncomfortable feeling of one-upmanship, in which Buhari is more like a lone General, often acting without troops or elite buy-in into his flagship programme. Time will tell, however, whether the anti-corruption programme, as currently configured, will endure or will be seen as a flash in the pan of governmental rot and political decay.

On the economy, we cannot assess Buhari fairly without taking into account the traumatic backdrop of a sharp drop in the price of oil in the world market and the looting spree by Nigerian politicians across parties in the years preceding his inauguration in 2015. That granted, we must bring up to the table that there was too much bumbling, guesswork, hit and miss in the way the economy was managed until recently. Several lawyers such as Mr. Udo Udoma, Minister of  Budget and National Planning, are handling tough economic issues, while an air of incompetence lingers around the administration, when it comes to the economy. Behind the lines, however, light has begun to shine through the launch of the Economic Growth and Recovery Plan and the modest, though reversible foothold into recovery. In the area of security, Buhari deserves kudos for purposeful interventions, especially the beating back of the Boko Haram challenge and the release of close to half of the captured Chibok girls. Yawning gaps remain, regarding the ceaseless flow of light arms through our porous borders with neighbouring countries, the rampages of Fulani herdsmen, the upsurge of kidnapping and attacks on cities like Lagos through the creeks and waterways. We also need a security architecture in which the ordinary citizen is sufficiently mobilised and satisfied to act as support pillars for law enforcement agencies.

On social welfare, it is interesting that the government under a Social Investment Programme, has commenced the payment of N5, 000 to poor Nigerians and the reduction of unemployment through the N-power job scheme. Laudable as these are, they merely scratch the surface of a deepening social crisis, symptomised by sprawling urban ghettoes with a growing army of underclass, mounting graduate unemployment and desperate poverty. Add these to the rising inflation, regarding essential goods and services, and you begin to fathom the extent of misery in the land. Of course, this is not a problem that can be addressed fully within the life span of a particular administration, but much more than is currently on offer is needed to make a clear dent.

As far as the power sector is concerned, the many promises and rounds of meetings held by the Minister of Power, Works and Housing, Babatunde Fashola, have failed to turn the tide of powerlessness. It is a crying shame that a nation whose estimated power needs are in the neighbourhood of 150,000 megawatts does not generate up to 40,000 megawatts. Most Nigerians, depend on private sources to make up the power deficit, with its attendant risks. Nothing illustrates the ineffectiveness of successive governments more than the failure to arrest the electrical power jinx. Even if this is all that Buhari achieves in the two years remaining for his administration, Nigerians will be eternally grateful to him.

Still on social welfare, it is to be regretted that despite repeated promises to prioritise education, this government has continuously and tragically underfunded it. The 2017 budget, which allocates seven per cent of the total budget to education, follows a familiar pattern of talking big but acting little. Last year, the Academic Staff Union of Universities cried foul concerning the paltry allocation of resources to education. That outcry has not made any difference as the same percentage for 2016 is retained this year. It is unclear how government intends to oil the wheels of a far flung clientele, which includes over 50 Federal Universities, not to mention colleges of education, polytechnics and basic institutions. As it is, this is another case of Utopia postponed.

True, there is an emergent private sector in the educational industry, but can they, in their current underdeveloped form, replace public sector education? That is doubtful, just like hopes are dimming that the exodus of young Nigerians abroad, with its drain on scarce foreign exchange, is about to be reduced. Health and the related scarcity of facilities, such as potable water and waste disposal, among others, constitute endangered areas. As far as this writer is aware, there has been no noticeable improvement in health facilities in the last two years, a deficiency which comes to light during the ravages of epidemics. The adequate funding of health institutions speaks to the quality of lives of the citizenry, as well as markups in life expectancy. As matters stand, there is little or no respite in sight for the hard pressed common man and woman.

Overall, more talk and posturing about change have been more evident than policy deliverables and mold breaking steps. Although it is true that a lot can still happen between now and the end of Buhari’s tenure, the omens are not so bright. This is more so, if you take into account the lame-duck character of the presidency, in which the helmsman is incapacitated by a prolonged ailment that still remains a mystery to many Nigerians.

As far as the states are concerned, with a few honourable exceptions, they can be written off as settings of low productive governance activity. To end on an optimistic note, there is the good fortune that, in spite of all and no matter how tattered, democracy survives.