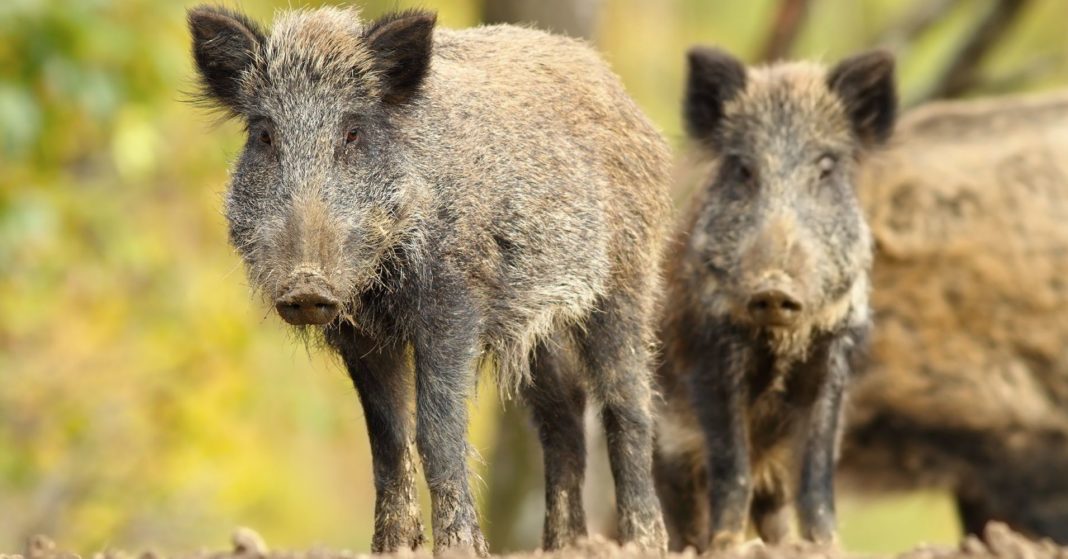 If wild pigs could fly, Texas farmer Richard Beyer wishes they would travel far, far away. He grows corn, cotton, rice and grain sorghum along the Gulf Coast and estimates damage from feral swine can sometimes wipe out one-fifth of his crop.

“They root up and make holes and tear up cotton fields,” he said. “For corn, rice and grain sorghum, they are pretty terrible on it too.”

Beyer said feral swine have been around as long as he can remember but it used to be one or two caught occasionally in fields and they were manageable. “They’ve gotten a lot worse — so bad that you can’t hardly trap them anymore because the numbers are so big.”

The U.S. Department of Agriculture estimates feral swine costs about $1.5 billion in damage annually, although experts at the University of Georgia suggest the cost maybe closer to between $2 billion to $2.5 billion. The damage to agriculture is estimated at just under $1 billion annually.

In response to the problem, Congress provided $20 million in funding in 2014 for the USDA’s Animal and Plant Health Inspection Service to create a national feral swine eradication program. That amount was increased by the Trump administration to $30.5 million.

The House version of the 2018 farm bill added about $100 million over five years toward wild pig eradication efforts and a control pilot program. However, funding hasn’t been finalized as the House is in the middle of conference negotiations with the Senate.

“If you’re going to design a good species that can adapt and get established, feral swine would fit that thing,” said Dale Nolte, the USDA’s national feral swine program manager. “They’re very smart, they’ve very adaptable, and because of that they damage almost all sectors.”

According to the USDA, there are more than 5 million feral swine in at least 39 states. In the early 1980s, they were found in only 17 states. The wild pigs came to North America with the Spanish explorers in the 1500s. A different variety, Russian boars, were later introduced in Texas in the 1930s.

The feral hogs don’t have many natural predators and are popular for recreational hunting, which may help explain why they have spread to so many states.

“The hunting culture is part of the reason why they were spreading,” said Michael Mengak, a wildlife specialist at the University of Georgia in Athens. “We have wild pigs in the South and we have pigs in Michigan and Pennsylvania. They didn’t get there on their own; they were probably transported there by people in the back of a pickup truck or a trailer.”

Wild pigs not only tear up farm fields but can contaminate water supplies and represent disease threats to humans, livestock and other wildlife. The intelligent animals also destroy golf courses and property around homes.

At the same time, the rogue pigs compete with other animals for food and can decimate native wildlife by getting into nests, eggs and preying on various species, including turtles, birds and reptiles. The feral swine also have been known to eat deer fawns if they find one.

One of the federal eradication programs underway involves testing sodium nitrite toxic bait, which when eaten in high doses by the wild pigs can be fatal in three hours or less. The substance is used in small quantities as a meat preservative to cure meats, including bacon.

Some of the early testing of the new toxic bait has been in western Texas. One early concern raised by using the bait was it could be eaten by other animals. But authorities have developed bait feeders that can only be opened by adult feral hogs to eliminate other species from consuming the poison.

“We’ve had rat poison going back to the Egyptians and we still have rats, so even if we do get a toxicant it won’t solve the problem overnight,” said Mengak. “It will just be another tool in our toolbox that helps us manage the problem.”

Last year, the U.S. Environmental Protection Agency approved a poison containing the blood thinner known as warfarin for killing the wild pigs. There was concern the warfarin-based toxin could hurt vultures, coyotes and other wildlife so the focus has since shifted to the sodium nitrite-laced toxic bait, which also has been used in Australia.

A team at Texas A&M University is working on developing an oral contraceptive for the wild hogs. One of the researchers on the team cloned the first pet cat known as Copy Cat in 2001.

“So far no one has developed anything that works well,” said Duane Kraemer, a senior professor of veterinary physiology at Texas A&M. “The main methods of control are hunting and trapping.”

Kraemer said it’s possible that scientists might be able to genetically engineer a male line of feral swine that would breed so that the offspring wouldn’t be born. But he said that would probably be a long-term prospect and be costly too.

There are estimates that the wild pig population in Texas is about 2.6 million and could double in five years’ time if there’s no control measures put on the animals. The cost to Texas agriculture annually from the feral swine is estimated at more than $50 million. The pigs also have become a menace in urban areas.

Last year, the city of Dallas approved a nearly $350,000, three-year contract to trap wild pigs on city lands. The trapping company sells the animals to a local meat-processing company.

Other entrepreneurs also are profiting from the feral swine problem, including chopper companies.

One helicopter company that specializes in the hog hunting goes by the name HeliBacon. It charges upward of $35,000 for special group packages that allow people to ride a helicopter to hunt the rogue animals.

“There’s no shortage of hogs for sure since they breed faster than they can be controlled,” said Chris Britt, founder and owner of Houston-based HeliBacon. “Business is actually pretty good. We fly four and five day a week for almost 10 months of the year.”

Britt said HeliBacon usually gets free access to about 300,000 acres of private farmland and ranchland in exchange for bringing paying customers to come and eradicate the feral hogs. “They’re happy to have us come fly the land because the feral hogs are such a nuisance both to the economy and the environment that they just want them gone,” he said.

Farmer Beyer said crop insurance doesn’t typically cover the losses for pig damage since most policies are focused on catastrophic losses due to weather. With no insurance to cushion the business, he’s now estimating losses every year for the damage even before it happens. “I need to do this just to see if I think I can still be profitable knowing I will take a hit,” he said.