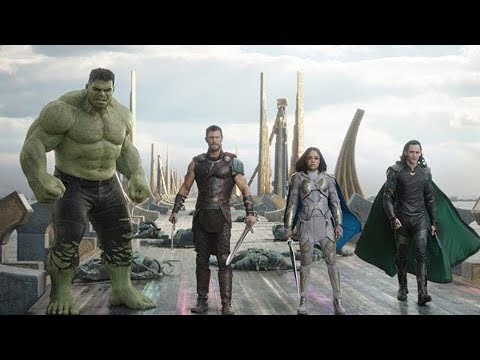 Thor is going to need all the help he can get.

The Japanese trailer for Marvel Sutdios’ Thor: Ragnarok premiered online Wednesday, giving fans their first look at Thor (Chris Hemsworth) interacting with Stephen Strange (Benedict Cumberbatch) since the mid-credits scene in 2016’s Doctor Strange. In their initial meeting, Stephen brought the crown prince in for a serious talk. “So, I keep a watch list of individuals and beings from other realms that may be a threat to this world. Your adopted brother is one of those beings,” he said, referring to Loki (Tom Hiddleston). “Why bring him here to New York?”

“A bit of a long story,” Thor explained, “but we’re looking for my father.”

“Great,” Stephen replied. “Allow me to help you.”

And that’s exactly what he’s going to do in Thor: Ragnarok (in theaters Nov. 3). In the new trailer, Stephen gives his friend a warning. “I sense a great change in your future. Destiny has dire plans for you, my friend.” Confident and defiant, Thor says, “I have dire plans for destiny.”

Perhaps Thor should have listened to Stephen. Held captive on the planet Sakaar without his hammer Mjolnir, he must win a gladiatorial battle against an old ally, Hulk (Mark Ruffalo), in order to return to Asgard and stop Hela (Cate Blanchett) from killing the Asgardian people.

Thor can’t go up against Hela alone, so he assembles a team that includes Hulk, Loki and Valkyrie (Tessa Thompson). At one point, Hela pushes Thor to the ground, grabs his face and hisses, “I’m not a queen or a monster; I’m the goddess of death. What were you the god of again?” Funny she should ask, because as the Norse god of thunder, Thor can summon the elements of the storm (lightning, rain, snow and wind). And he’s not afraid to do that, either.

Directed by Taika Waititi and produced by Kevin Feige, Thor: Ragnarok—the 17th film in the MCU—stars Idris Elba as Heimdall, Jeff Goldblum as Grandmaster and Karl Urban as Skurge.