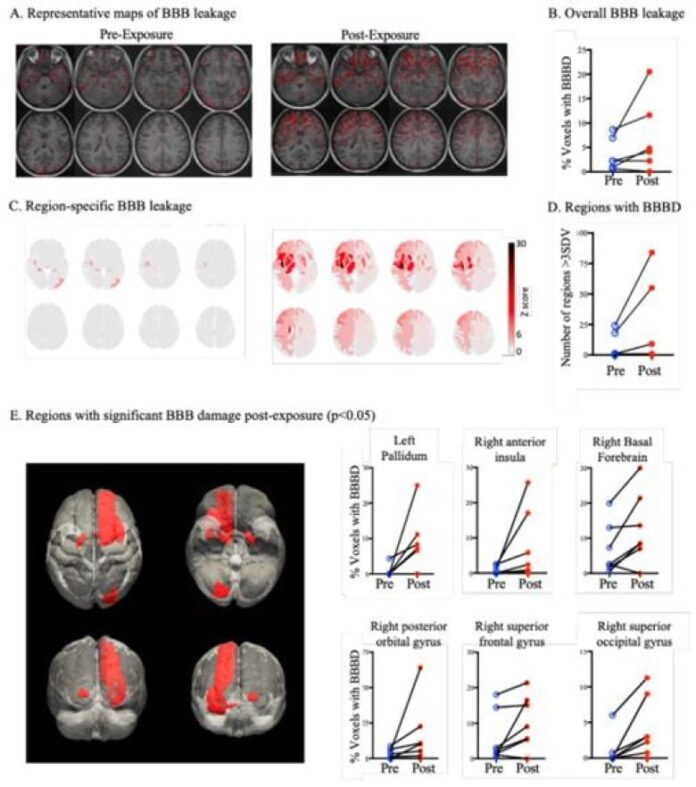 The mysterious ailments experienced by some 40 Canadian and U.S. diplomats and their families while stationed in Cuba may have had nothing to do with sonic “attacks” identified in earlier studies.

According to a new Canadian study, obtained by Radio-Canada’s investigative TV program Enquête, the cause could instead be neurotoxic agents used in pesticide fumigation.

A number of Canadians and Americans living in Havana fell victim to an unexplained illness starting in late 2016, complaining of concussion-like symptoms, including headaches, dizziness, nausea and difficulty concentrating. Some described hearing a buzzing or high-pitched sounds before falling sick.

In the wake of the health problems experienced over the past three years, Global Affairs Canada commissioned a clinical study by a team of multidisciplinary researchers in Halifax, affiliated with the Brain Repair Centre, Dalhousie University and the Nova Scotia Health Authority.

“The working hypothesis actually came only after we had most of the results,” Dr. Alon Friedman, the study’s lead author, said in an interview.

The researchers identified a damaged region of the brain that is responsible for memory, concentration and sleep-and-wake cycle, among other things, and then looked at how this region could come to be injured.

“There are very specific types of toxins that affect these kinds of nervous systems … and these are insecticides, pesticides, organophosphates — specific neurotoxins,” said Friedman. “So that’s why we generated the hypothesis that we then went to test in other ways.”

Twenty-six individuals participated in the study, including a control group of people who never lived in Havana.

The researchers — comprised of 15 principal investigators and their teams — conducted a thorough assessment of the Canadians’ symptoms, including blood tests and several brain imaging tests.

“[The results] all support the diagnosis of acquired brain injury in the Canadian diplomats and their families posted in Cuba,” the study report says.

The scientists were also able to test several of the subjects before and after they returned from Cuba, Friedman noted, and the team saw changes in the brain “that are definitely due to that time when they were in Havana.”

The report also examines different scenarios of neurotoxic attacks that occurred in history, including the Tokyo subway sarin gas attack in 1995 and the death of the half-brother of North Korean leader Kim Jong-un in Kuala Lumpur in 2017.

It concludes that these cases were the result of high-dose exposures, which is not consistent with what happened in Havana.

The symptoms experienced by the diplomats and their families, rather, are consistent with low-dose exposure, leading researchers to examine the effects of cholinesterase (ChE) blockers in commercial products.

ChE is one of the key enzymes required for the proper functioning of the nervous system. Certain classes of pesticides work by inhibiting ChE.

The researchers found that since 2016, Cuba launched an aggressive campaign against mosquitoes to stop the spread of the Zika virus.

The embassies actively sprayed in offices, as well as inside and outside diplomatic residences — sometimes five times more frequently than usual. Many times, spraying operations were carried out every two weeks, according to embassy records.

Toxicological analysis of the Canadian victims confirmed the presence of pyrethroid and organophosphate — two compounds found in fumigation products.

There was also a correlation between the individuals most affected by the symptoms and the number of fumigations that were performed at their residence.

Since these mysterious Havana symptoms became public in the summer of 2017, the main hypothesis about the source of the attacks has been some kind of unknown weapon using sonic or microwave technology.

With many victims reporting disturbing or even violent noises and pressure in their heads during the onset of symptoms, the idea of an “acoustic weapon” seemed plausible.

Another suggested reason for the symptoms — proposed and defended by several scientists — was mass hysteria.

The symptoms experienced by the victims — headaches, hearing loss, cognitive problems, loss of balance, etc. — are frequently found in the general population, these scientists argued, and can be attributed to many causes. They further argued that these symptoms may have pre-existed in the victims, becoming heightened in individuals worried about their safety in Cuba.

While a psychological component cannot be completely ruled out, according to the results of the Dalhousie study, it seems to have played a secondary role.

Cindy Calkin, a psychiatrist and member of the multidisciplinary research team, said she categorically rejects the idea of mass hysteria.

For Friedman, the most important outcome of the study is that the team raised a health issue that likely affects a broader population — beyond the diplomats and their families.

“We [will] continue the research in other ways to try to confirm which of the toxins is more toxic, at what levels — many things are not known yet,” he said. “It’s just the beginning of a research, but it’s what we’re working on now.”

The researchers are now looking to collaborate with Cuban officials to determine whether any Cubans suffered similar brain injuries, as their study only focused on Canadian individuals.

In an email to CBC/Radio-Canada, spokesperson John Babcock said that Global Affairs Canada hasn’t definitively determined a cause to the mysterious ailments at this point.

“While we are exploring all avenues, including the research at Dalhousie, no definitive cause of the health incidents has been identified to date,” he said.

Thousands of jobs wiped out as COVID-19 shuts down in-person conferences, industry events