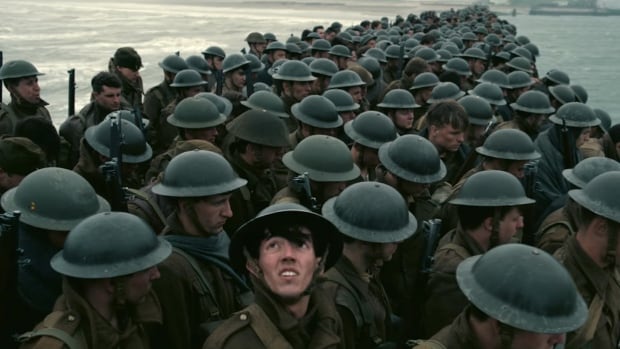 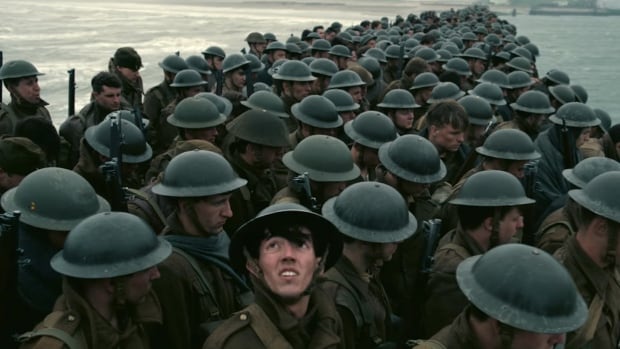 Elizabeth May is an expert on climate change and the environment. She has a law degree from Dalhousie University. And for a time, she studied theology at St. Paul’s University in Ottawa with an eye to becoming an Anglican priest.

But for all the Green Party leader’s interests and talents, it seems that history is not her strong suit.

The Green’s electoral platform, released Monday, begins with a personal message from May that casts the fight against human-caused global warming as a daunting, yet winnable struggle — likening it to the Allied efforts to defeat Adolf Hitler and the Nazis in the Second World War.

“Giving up is not an option. Political courage is needed. Incremental actions cannot meet the challenge,” she writes.

However, the story that May chooses to illustrate the necessary “can-do” spirit — about Winston Churchill and the spring 1940 evacuation of British troops from the beaches of Dunkirk, France — is rife with factual errors, and appears to be more in line with some fictionalized films than the history books.

“The entire British army was pinned down on a beach in northern France, at Dunkirk. France had just surrendered,” she begins, swinging and missing twice: The British had sent about a third of their army to the continent. And French troops fought bravely to cover their retreat to the Channel beaches, and continued to do so for weeks after the May 27-June 4 evacuations. Their formal surrender didn’t come until June 22, 1940.

May then turns her attention to the legendary “little ships,” the fleet of 861 civilian fishing boats, pleasure craft and ferries that helped retrieve the trapped soldiers. She writes that it was Winston Churchill’s idea to send them, although virtually every historical source credits Admiral Betram Ramsay and his staff for coming up with the plan.

And the Green leader suggests the small boats “rescued over 300,000 men,” when the fact is that a British Navy flotilla, including 41 destroyers, 36 minesweepers, and more than 100 other ships carried the bulk of the 338,000 evacuees back to the U.K.

John Broich, a British Empire and World War II historian at Case Western Reserve University in Cleveland, Ohio, gives May credit for trying to bring a historical perspective to her politics, but said she appears fuzzy on the details.

“That small ships story feels great, but it’s not true,” he said. “It was the destroyers that were going back and forth … And she says that Churchill came up with the plan? Oh my gosh, no, no!”

A Green Party spokesman confirmed that May did write the platform preface herself, and said that her primary source was Five Days in London: May 1940, a 2001 book by the late American historian John Lukacs.

Although another expert says he detects some Hollywood influences in May’s version of events.

James Holland, an English historian and broadcaster who wrote about the evacuations in his book, The Battle of Britain: Five Months that Changed History, said May’s tale appears to be a pastiche of factoids from Christopher Nolan’s Dunkirk and Darkest Hour, a 2017 Churchill biopic starring Gary Oldman.

He pointed to a section where the Green leader suggests that the British PM was “surrounded by military advisers, senior civil servants and Cabinet members demanding that he negotiate terms of surrender with Hitler.”

“That’s what happens in Darkest Hour,” said Holland. “But that entire film is a crock ….”

Holland said that the discussion of possible peace negotiations — first detailed in Lukac’s  book — was mostly confined to the five-man war cabinet, and that the main proponent for the talks, Viscount Halifax, the foreign secretary, ultimately found little support.

“It’s just sort of fake history on a catastrophic level,” he said. “Why would you write about this without checking the facts when it’s not your core subject?”

May’s message concludes with a call on Canadians to tap into “the spirit of Dunkirk.”

All hands on deck

“We can ask ourselves, ‘What can I do with my little boat? Where and how do I pitch in?’, she writes. “As in all efforts to tackle big threats and long odds, we need all hands on deck!”

Case Western’s Broich said he doesn’t think that the evacuations are really the metaphor that the Green leader thinks they are, given that it was the world’s then-most powerful navy that really saved the day.

“I would’ve thought it’d be far more natural to emphasize how World War II showed the transformative power of government and industry working together to solve a global crisis. Everyone sacrificed a little to gain a lot,” said Broich. “Still, I give her marks for effort.”

Perhaps May should have heeded the words of Churchill himself on Dunkirk.

“We must be very careful not to assign to this deliverance the attributes of a victory,” he told the House of Commons during his famous “we will fight them on the beaches” speech on June 4, 1940.  “Wars are not won by evacuations.”