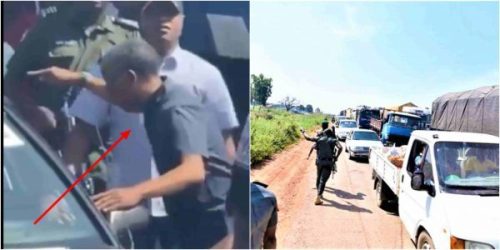 In the video, the governor could be seen re-directing commuters on the right way to go, as it was obvious there was gridlock and everyone was on stand-still.

The video is already going viral on social media and it has generated a whole lot of mixed reactions.