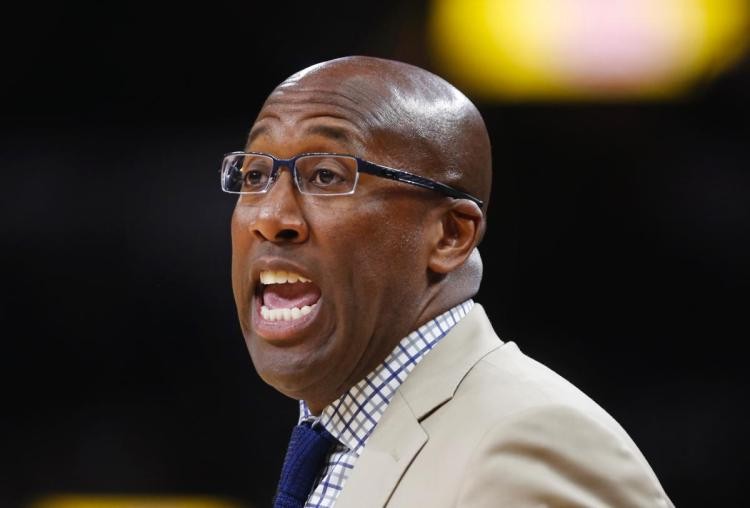 OAKLAND, Calif. — Mike Brown is ready for Tyronn Lue to pay up on a nearly two-decade-old bet. Yep, Lue owes him $100 and Brown plans to accept it at long last — perhaps even during the NBA Finals when they see each other.

All this time Brown never wanted the money he earned by beating Lue in a shooting contest when the Cavaliers coach was an NBA newcomer, yet Golden State’s acting coach — who spent two stints leading Cleveland — joked how Lue can surely afford it these days.

“I’m glad he finally admitted that he owes me money because for many years he wouldn’t admit that he owed me money. He does owe me $100 and since he got his new deal hopefully he can afford to pay me now,” Brown said Saturday post-practice. “I asked him many time for it but he’s denied it. He’s denied that the game ever took place.”

Lue insists he has tried to pay up — time and time again, to no avail.

“Mike, I owe him $100 from when I was a rookie. That’s all I ever know about Mike,” Lue said Saturday. “I tried to pay him and he wouldn’t take the money so he says I always owe him. He’s always been a great guy.”

The 40-year-old Lue was rewarded with a contract extension after the Cavs’ championship run last June for the city’s first major sports title in 52 years. Cleveland overcame a 3-1 Finals deficit to the Warriors, and now the teams are preparing to face off for a third straight year.

“I think what it has to do with, it has to do with the fact he’s got a nice, long, fat contract with the Cavs and he realizes that he can finally afford to pay me the money that he owes me for the shooting game back in 2000 or whenever it was,” Brown said with a grin.

Brown acknowledged he cannot recall any other details such as how many shots each man made, saying: “I don’t even remember, that was back when I was in shape and a good shooter. He’d kill me now”

“Yeah, he was with the Spurs and I was with the Lakers and we had a little shooting contest and I lost,” Lue said. “He wouldn’t take the money so from now on 19 years in a row always says, `You owe me $100.’ He won’t take the money. Always been close to Mike and I like Mike a lot, respect him a lot.”