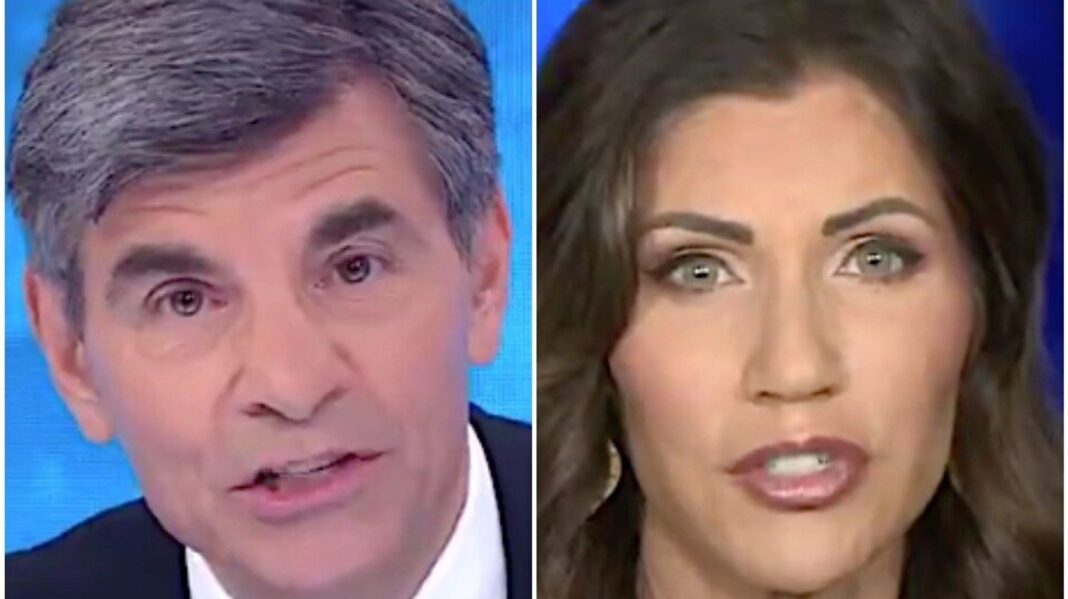 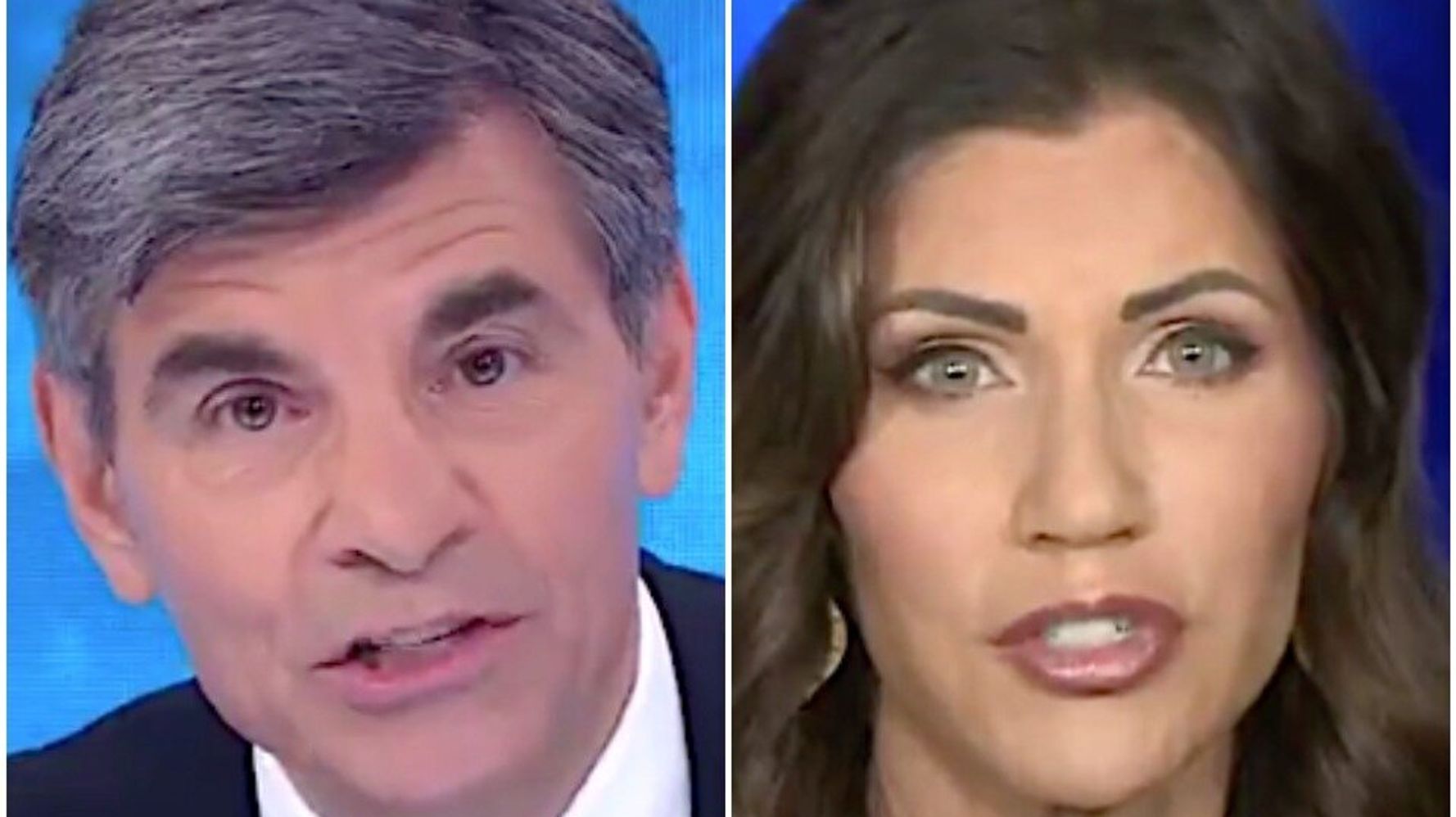 George Stephanopoulos rebuffed GOP South Dakota Gov. Kristi Noem’s assertion Sunday that any conversation about her working with President-elect Joe Biden was premature because of “illegal activities.” (See the interview below.)

On “This Week,” the ABC host noted South Dakota’s spiking coronavirus rate and asked Noem, a staunch Donald Trump acolyte, if she’ll collaborate with Biden to get COVID-19 under control.

Noem mostly shrugged off the question and thanked Trump for letting her “do the right thing.” She said the country has not finished counting votes and echoed Trump’s unsubstantiated claims of Democratic fraud.

Stephanopoulos noted that Republican officials across the country and GOP secretaries of state in Georgia and Arizona told him there was “zero evidence of widespread fraud.”

Pressed by @GStephanopoulos on whether she has any evidence to support Pres. Trump’s election claims, GOP North Dakota Gov. Kristi Noem does not provide any evidence, but also refuses to acknowledge that Joe Biden as the apparent winner of the presidency. https://t.co/RxWyF4Jwuf pic.twitter.com/VMNUeml0On

(The “This Week” tweet with the interview clip misidentifies Noem’s state.)

Noem also referenced the 2000 election in which Republican George W. Bush was eventually declared the winner over Democrat Al Gore after legal challenges in Florida.

“We gave Al Gore 37 days to run the process before we decided who was going to be president,” Noem said. “Why would we not afford the 70.6 million Americans that voted for President Trump the same consideration?”

Stephanopoulos noted that Gore trailed by a mere hundreds of votes in just one state, Florida, while Biden seized the lead by tens of thousands in some deciding states.

“That is not close. That is not within the margin that elections are usually turned around on,” he said.

“It starts with providing evidence, you still have not provided it,” Stephanopoulos snapped.