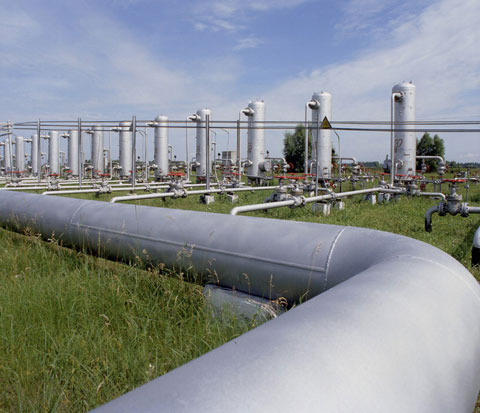 Gas pipeline rupture disrupts supply to 6 power stations
THE rupture of a major Nigerian Gas Company, NGC, pipeline has scuttled the delivery of gas to six power plants, thus culminating in the drop of power generation by 1,087 megawatts. Gas Pipeline Confirming the development,Transmission Company of Nigeria, TCN, disclosed that the incident, which occurred on June 15, 2018, as well as technical issues at Shell gas wells on June 16 have compelled the company to embark on load-shedding. It stated that the load-shedding was adopted to maintain stability of the national grid, thus avoiding total power system collapse, as there has been a sharp drop in generation into the grid by a total of 1,087.6MW The affected power stations include Ihovbor, Azura, Omotosho gas, Geregu gas, Olorunsogo gas, Sapele and Egbin Power Station, which has managed to generate 60MW only on each of its units, losing a total of 211MW. Also, Afam VI power station was shut down to enable Shell resolve its gas well issues and commence gas supply to Afam VI power station. General Manager, Public Affairs, Mrs. Ndidi Mbah, disclosed in an interview with Vanguard that: “With a total loss of 1,087.6MW into the grid, the transmission system has become quite fragile and that TCN is working hard to avert a collapse of the system, by engaging in load-shedding. “The load-shedding is to ensure that available generation is commensurate with what is allocated to discos nationwide, to create a balance and avert grid instability.” SERAP sues Fashola Meanwhile, Socio-Economic Rights and Accountability Project, SERAP, has sued Minister of Power, Works and Housing, Mr Babatunde Fashola, over “failure to account for the spending on the privatisation of the electricity sector and the exact amount of post-privatisation spending on Generation Companies, GENCOS; Distribution Companies, DISCOs, and Transmission Company of Nigeria to date, and to explain if such spending came from budgetary allocations or other sources.” In the suit number FHC/L/CS/972/18 filed last week at the Federal High Court, Ikoyi, Lagos, SERAP is seeking “an order for leave to apply for judicial review and an order of mandamus directing and/or compelling Mr Fashola to provide specific details on the privatisation of the electricity sector, the names of all the companies and individuals involved; and to publish widely including on a dedicated website any such information.”
Share
Facebook
Twitter
WhatsApp
Pinterest
Linkedin
ReddIt
Email
Print
Tumblr
Telegram
Mix
VK
Digg
LINE
Viber
Naver
Previous articleBuhari to sign budget tomorrow to avoid govt shutdown —Govt source
Next articleBoko Haram leader Shekau leads terrorists in prayer to celebrate Eid