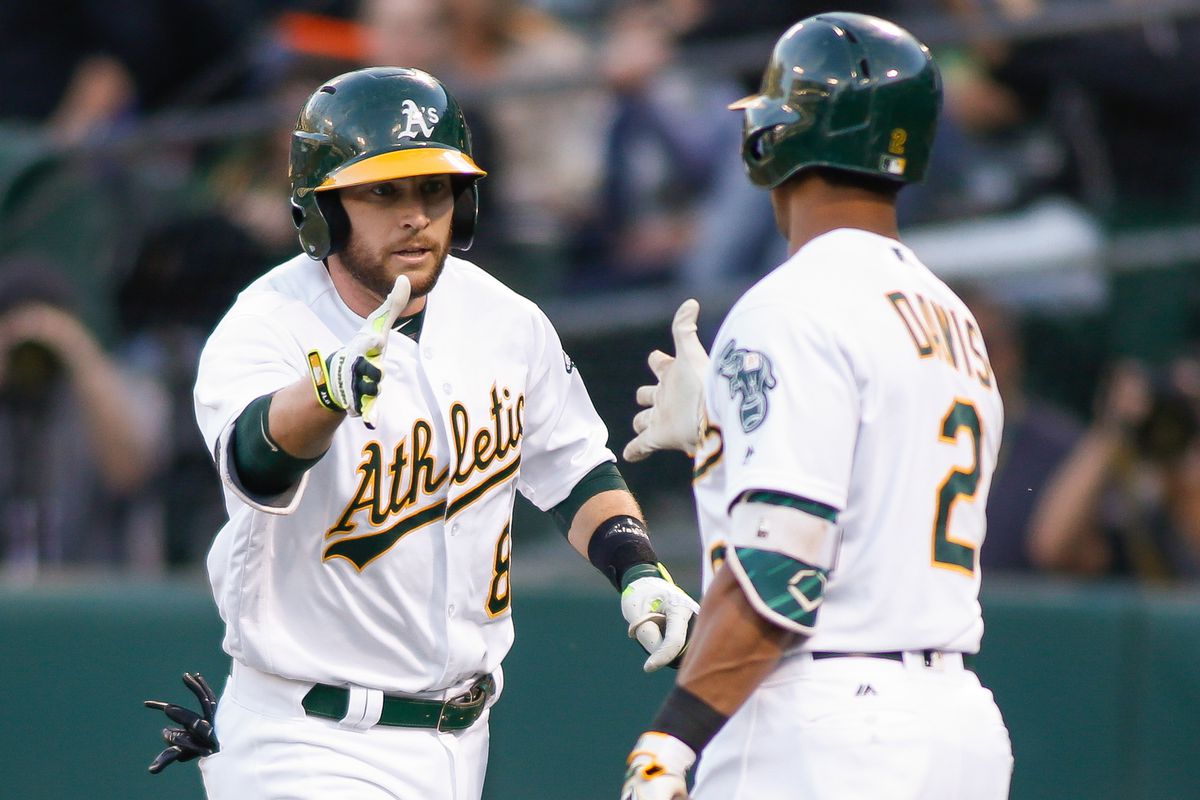 It’s the battle of “Who has the cheaper owners?” tonight in the bay as the A’s take on the Marlins in the first game of a 2-game series. Actually, that’s kind of a lie, as both teams are showing signs of wanting to shed their low payroll status. I lied to you. I’m a liar. The Marlins’ 2017 payroll is considerably larger than it was in 2016 (and only a little of that is Giancarlo Stanton), and while the A’s haven’t seen a significant increase in spending yet, the recent departure of Lew Wolff and the leadership of Dave Kaval are pointing towards a brighter future for our squad in Oakland as well. I really like the Marlins, Jeff Loria aside, and look forward to facing a Jeter/Jeb!-backed fish team in the World Series in 2019.

Jesse Hahn is pitching for Oakland. Hahn has actually been really good so far this year, looking more like his mid-2015 self. His fastball has had great life and his curve has been workable. His K/BB ratio could be better, but he has controlled hard contact (only 1 home run yielded all season) and has been a consistent strength in our rotation over the last month.

Pitching for the Marlins is Jose Urena. Over the last couple of years he has flopped between relief and starting for Miami, putting up an ERA in the 5’s and 6’s. This year, however, he owns a 1.91 ERA, including a 1.53 ERA in the 3 games he has started. He’s got a good fastball and a couple of offspeed pitches, though it remains to be seen whether he has truly turned a corner or whether he is a beneficiary of small sample size and we’ll see his ERA balloon closer to what it has been in years past. Either way, he’s been very good so far.

Oakland: It’s over, Marlins! I have the DH!

Giancarlo Stanton: You underestimate my power!

(hopefully no arms are cut off tonight)

Andrew Musgrave seventh in skiathlon at the Winter Olympics in Pyeongchang