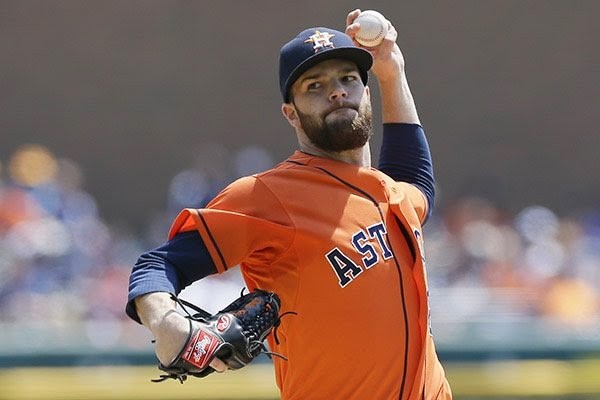 For most all of this season, when it has rained on the A’s, it has poured. If the offense was crushing the ball in one game, the starting pitching would get knocked around as well. If the starting pitching was keeping the other team at bay, the bullpen would find a way to let the opponents back into the game. If both pitching and hitting were in sync with each other, the most embarrassing defense in the MLB would rear its ugly head. The A’s need perfection, to be firing on all cylinders, in order to have a hope and a prayer against the toughest competition, and today, against the first place Yankees, the A’s were anything but perfection. They won 5-2.

Jesse Hahn has some of the best stuff of anyone on the A’s pitching staff, but from the first batter of the first inning it was clear that today he had little control over where that stuff was going. While he was admittedly getting squeezed, just a bit, from the home plate umpire, Hahn threw three balls to the leadoff batter Brett Gardner before retiring, but then proceeded to walk the next two batters who came up to the plate to give the Yankees an early rally opportunity. While he weaseled his way out of trouble with a strikeout on a fastball that just barely kissed the bottom line of the strike zone and a weak ground ball out, Hahn still was forced to throw thirty pitches in the opening frame and was going to be hard-pressed to make it deep in the game.

Hahn’s struggles continued into the second inning. After a leadoff home run from Matt Joyce in the bottom of the first staked Hahn, and the A’s, to an early 1-0 lead, Hahn gave up three consecutive softly hit singles to the bottom three hitters in the Yankees’ batting order, and then allowed a sacrifice fly to not only give up the A’s lead but to allow the Yankees to take a 2-1 advantage.

Jesse Hahn’s performance for his final three innings was admirable enough, considering his rocky first couple of innings, but despite his lacking control and inefficient pitching that pervaded his entire pitching performance on the day, his results were solid overall, and so ultimately there can’t be all too many complaints. The three straight hits Hahn allowed in the bottom of the second inning were the only hits he allowed on the entire day, and the only Yankee to reach second base and threatened to score arrived at second base on a throwing error courtesy of Adam Rosales. Hahn’s final line on the day was five innings pitched, three hits, two runs, three walks, and six strikeouts on 105 pitches.

With Hahn pitching below his usual standards, but getting good enough results despite that, it is only fitting that the A’s offense performed similarly. The last time the A’s faced Masahiro Tanaka, he struck out thirteen Athletics almost entirely via getting A’s hitters to chase splitters down and out of the zone. In today’s game, Tanaka was equally as, if not more effective, at getting the A’s to swing and miss, but fortunately, Tanaka’s mistakes were punished rather than squandered and the A’s were able to put runs on the board despite looking rather awful at the plate.

Matt Joyce got the scoring going for both teams with his first-pitch, leadoff home run, but then a characteristically flail-y at bat from Adam Rosales and an uncharacteristically flail-y at bat from Jed Lowrie paved the way for back-to-back four pitch strikeouts. Khris Davis ended the inning striking out on three pitches, all three batters striking out by chasing low and out of the zone splitters. In the second inning, Yonder Alonso got ahead in the count 3-0 and then chased a low and outside splitter that he beat into the ground for a quick out to start the inning, and then Ryon Healy hit a high, long line drive into the left-center field bleachers for a solo shot, tying the game at two apiece.

Matt Chapman followed the home run by nearly hitting one of his own, but the line drive off of his bat was too low and banged hard off the left field corner wall for a mere double instead.

All of the ducks abandoned on the pond would have been a problem did the A’s not have a rally in the fourth inning, led, once again, by Ryon Healy, who opened up the scoring again with his second home run of the game, and it was hit in almost the exact same spot as his first.

Chapman followed the home run with his second hit of the game, a single to left center, and, with two outs, Joyce, Rosales, and Lowrie hit three straight singles of their own to push two more runs across the plate and expand the A’s lead to three runs. The A’s may have scored five total runs, Tanaka struck out ten batters in four innings, and the long reliever, German, who replaced Tanaka got six more K’s of his own, bringing the A’s total strikeouts on the day up to sixteen.

While there were bad at bats up and down the order, Khris Davis had himself a particularly bad day at the plate, going 0-5 with four strikeouts. In the one at bat he did not strike out, he hit a pop up around home plate and didn’t run to first, only to see Chase Headley flub the pop up in fair territory and then make an easy throw to first base for the out anyways. Fortunately for Oakland, Davis’ mental error didn’t cost the team in the long run.

In relief for the A’s, Liam Hendriks entered the game in the sixth inning and was a dominant force. Unlike Hahn, whose pitches were all over the map in today’s affair, Hendriks was a strike throwing machine, and in his one inning of work retired all three batters he faced and got two strike outs to boot. In an inexplicable moment of horrendous strategy and clear tank-commanding, Josh Smith, owner of a 6.88 ERA and survivor of the Michael Brady call up, was brought in to pitch the seventh inning with the A’s holding onto a tenuous three run lead. But sometimes, even for the A’s, good results can stem from bad process and Smith pitched a harmless inning that didn’t allow any Yankees to reach.

Madson and Doolittle were their usual dominant selves and the Yankees never really threatened to make a comeback.

For a team that usually has to be perfect to win, and when not perfect tends to perform on a scale somewhere between embarrassing and frustrating, today was refreshing in that the A’s didn’t play all that well, but still managed to win pretty handily. The team will go for a four game sweep of New York tomorrow at 1:05.

A’s are one of three teams with 3 players with 15-plus HRs (Alonso, KD, Healy). Reds, Marlins are the others. #Athletics