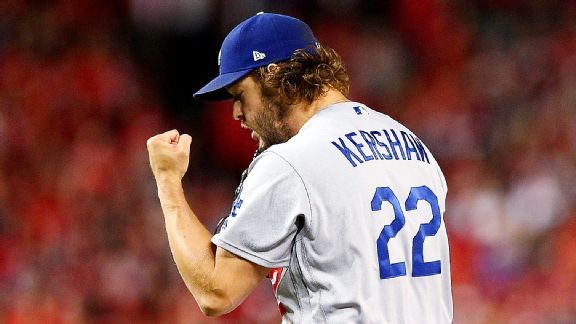 What a game! The A’s were sailing for much of the first half. Thanks to a Khris Davis double and a pair of productive outs from Yonder Alonso and Ryon Healy, the A’s grabbed a 1-0 lead in the second. And with the way Sonny Gray was dealing, you almost thought that would be enough. Little did we know through five innings that 20 runs were still to be scored.

Sonny Gray was excellent; he was even better than his line indicates. Save three batters, he pitched as well as any of our starters have this season. He was working both sides of the plate, keeping the ball down. He had the sinker/slider combination going and kept a very daunting Nationals lineup off balance for most of his seven innings of work.

He only ran into trouble for a ten minute stretch in the sixth. After a Matt Wieters walk and a Michael Taylor single, Trea Turner tripled, and then scored on a Brian Goodwin sacrifice fly. The A’s never regained the lead. Sonny threw 105 pitches across seven innings of work, striking out six, allowing four hits, and conceding three walks.

Not for the last time on Sunday afternoon, the A’s taunted us with the gift and the curse of hope, tying the game quickly on a dramatic home run from Khris Davis. Roark didn’t finish a changeup, it drifted to the inner third of the plate, and Khrush unloaded. The ball was absolutely hammered and slammed into the foul pole.

But as quickly as the A’s were back in the game, they were out of it again. The Achilles heel known as our bullpen blew another opportunity for a win; this time the culprit was the usually-steady Ryan Madson. Trea Tuner singled and immediately stole second. The A’s challenged the call, and while the play was close, he was safe. After a Brian Goodwin flyout, the A’s intentionally walked Bryce Harper. Madson forgot about Turner on second, and Harper and Turner and took off, swiping second and third base respectively. But the big damage was yet to come – Ryan Zimmerman, the latest flyball success story, hit a blast that found the seats in left.

Yet the A’s continued to battle and cut the lead to 6-4 in the eighth, courtesy of a Chad Pinder double. But the Nats scored five in the top of the ninth. The last two of those runs, scored on a Daniel Murphy single, didn’t feel significant at the time. What’s the difference between 9-4 and 11-4 anyway?

And so the bottom of the ninth opened with the score 11-4. Single. Single. Single. Infield single. Walk. Pitching change. Fly out. Grand slam. Ground out. Pop out. Inning over. Game over.

You really did not feel the A’s had a chance until Matt Joyce hit his towering grand slam that made the game 11-10. And all of a sudden all of those “tack on” runs in the top half of the inning became very important indeed. It was a game of waves, and the final wave the A’s were waiting for never came. But man, it was exciting, and even though we lost, it felt good to be exhilarated by this team again, even if it was only for a few moments in a losing effort.

This team isn’t that bad. They have some pop. The starters can pitch. There is a lot of young talent. But this isn’t a playoff team and won’t be until we get the bullpen sorted out and consistent production from outfielders not named Khris. Yet it’s hardly all bad. Yonder Alonso and Jed Lowrie have been terrific. Ryon Healy looks the real deal. And we should have some fresh new talent to evaluate soon, both from the draft and whatever Yonder/Sonny/Vogt/Any position player not named Ryon can be flipped for.

The other good news is it’s early June and the A’s are going to be around to keep us company for another four months. Baseball is a wonderful companion, and the A’s are back at it tomorrow night. Have a great rest of your weekend everyone.