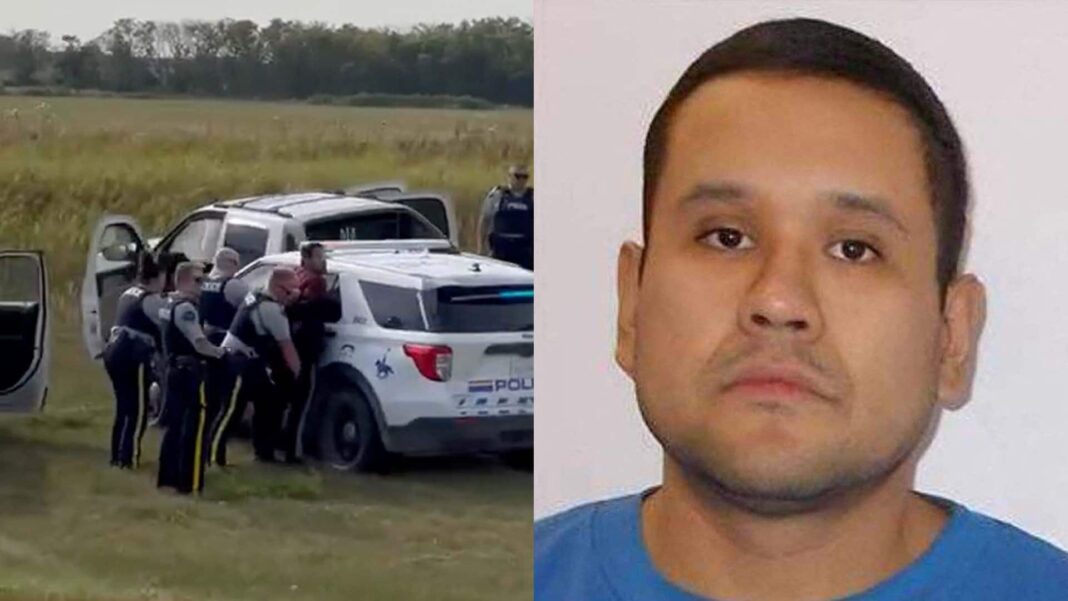 The main suspect in the recent stabbing rampage in Saskatchewan died Wednesday afternoon shortly after police captured him.

Myles Sanderson went into medical distress after he was arrested, and was pronounced dead at a hospital in Saskatoon, Rhonda Blackmore, commanding officer of the Saskatchewan RCMP, told a news conference Wednesday night.

Sanderson was arrested near Rosthern, Sask., at about 3:30 p.m. CST, according to RCMP, shortly after it issued an alert that a person with a knife was travelling in a vehicle, last seen in Wakaw, about 90 kilometres northeast of Saskatoon.

Blackmore said the RCMP doesn’t have a motive for the attacks that left 11 dead and many more injured. “Now that Myles is deceased we may never have an understanding of that motivation,” she said.

She expressed relief that Sanderson is no longer on the run. “This evening our province is breathing a collective sigh of relief.” 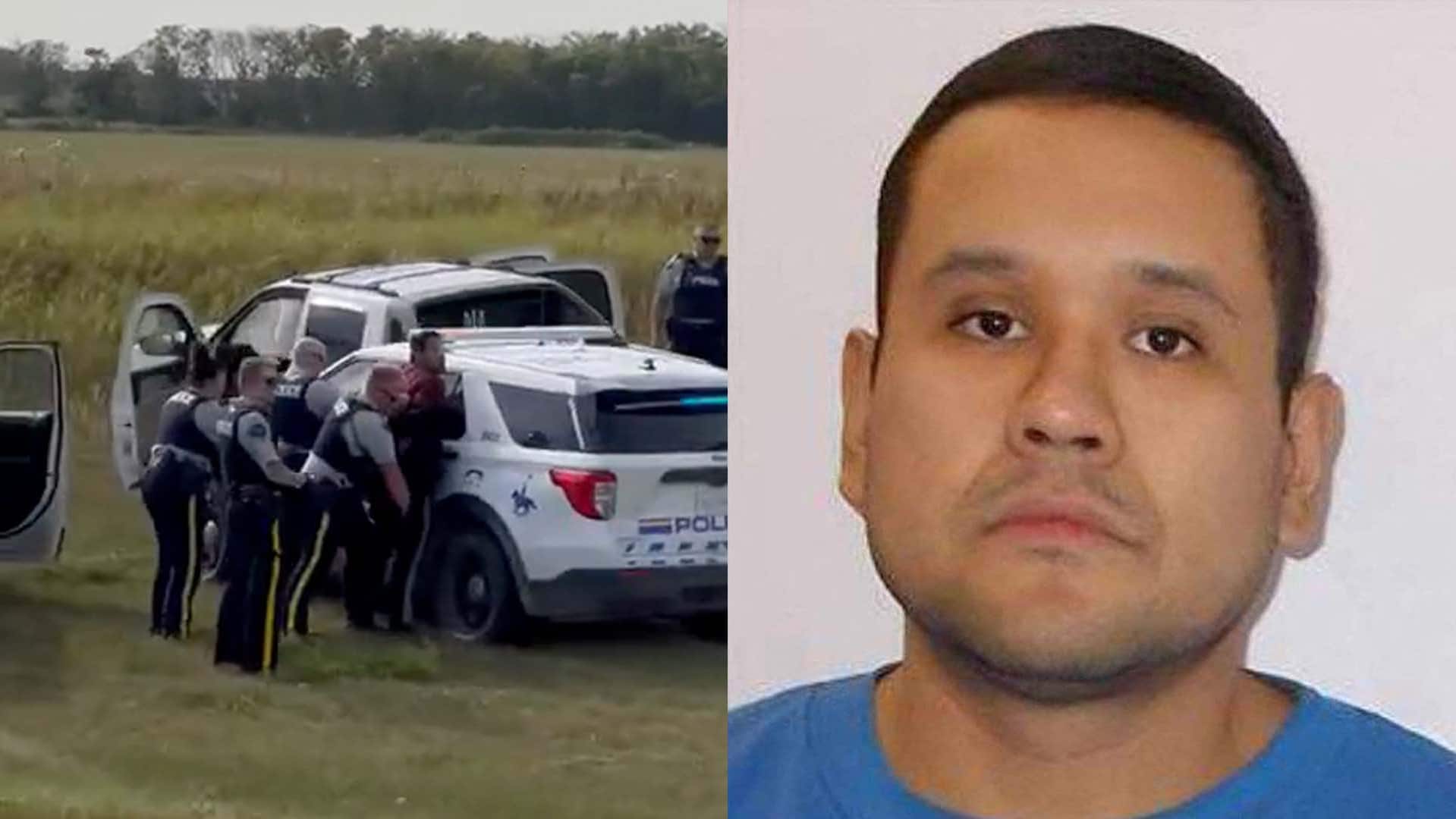 Myles Sanderson, the man accused of killing multiple people in a string of stabbings in Saskatchewan Sunday, was taken into custody late Wednesday afternoon and died sometime after that.

RCMP told people in the Wakaw area to seek shelter immediately and shelter in place. They warned people to be cautious about letting others into their residence, to not approach suspicious persons or pick up hitchhikers.

The stabbing rampage left 10 people dead and another 18 injured in 13 different crime scenes in the James Smith Cree Nation area and in the nearby village of Weldon, Sask.

CBC News spoke with a man who says Sanderson broke into his mother’s rural property, about 30 kilometres northeast of Wakaw, around 2 p.m. CST.

CBC has agreed not to name the woman or her son because she was the victim of an alleged crime. The woman is extremely shaken up by what happened, according to her son.

The son said his mother, a widow, saw Sanderson walk up to the front door, which was locked, and ran into the bathroom in her bedroom, locking both the bedroom and bathroom doors.

She had her cellphone and was trying to call police when Sanderson smashed the front, bedroom and bathroom doors.

The son said Sanderson was armed with a knife, but told the woman that he wouldn’t hurt her.

Sanderson took the keys to the woman’s truck, along with her cellphone, cigarettes, water and a Pepsi, the son said.

Sanderson asked the woman to go with him, according to her son, but she refused believing that he would kill her.

When Sanderson left the property, the woman called a relative using a landline who then called RCMP, the son said.

Blackmore confirmed the details about the break and enter and stolen truck. She said the woman was not injured.

Sanderson was alone when he was arrested but RCMP can’t say if he was alone all day. They will be investigating whether anyone assisted him while he was on the run.

Before news of his death, people expressed immense relief that Sanderson was caught.

Darryl Burns, brother of Lydia Gloria Burns, a front-line worker who died in the rampage, said the family can now prepare for his sister’s return and is planning a wake for her tonight. 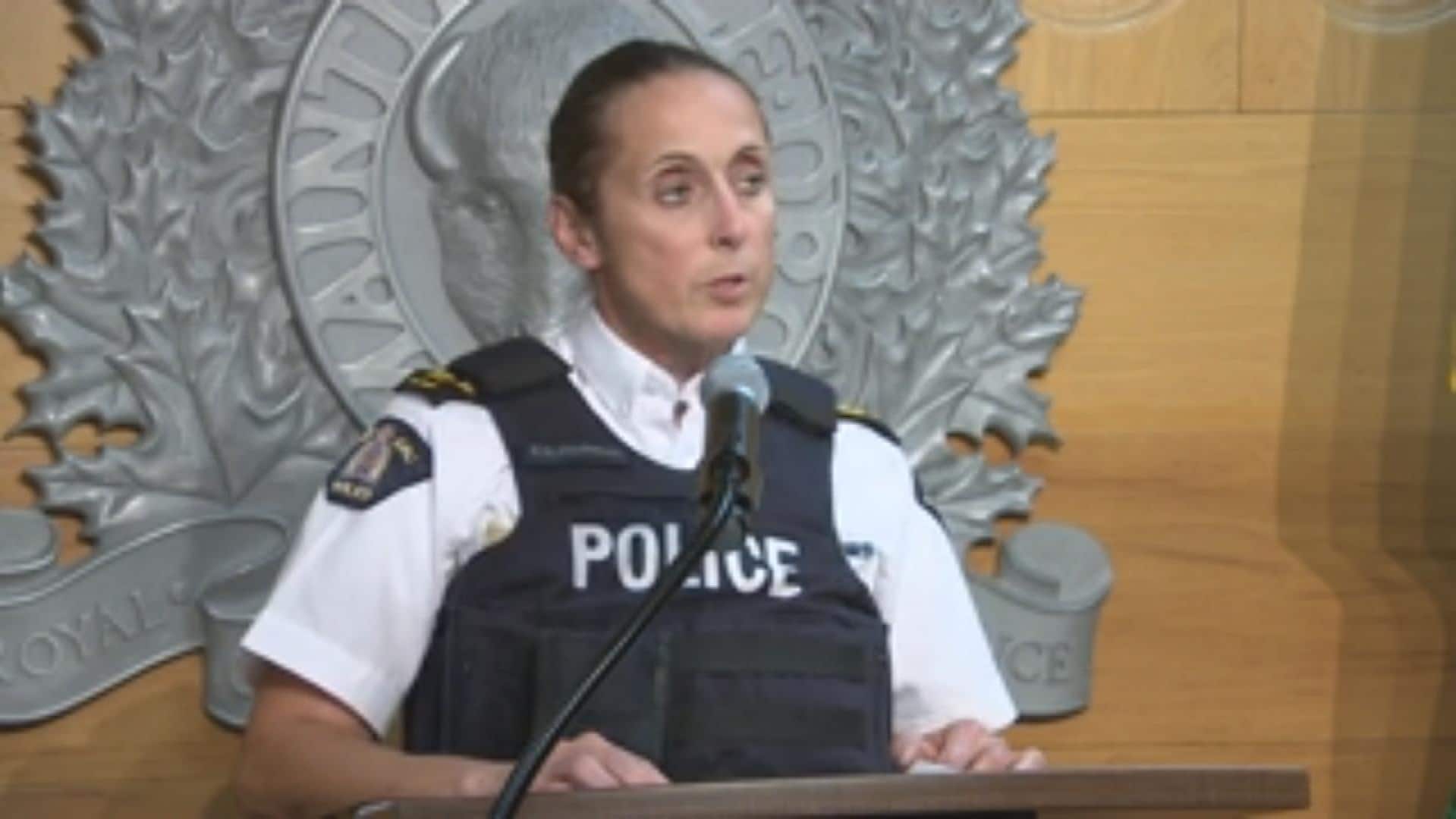 ‘I hope that now you will be able to start healing’: Sask. RCMP commanding officer

Assistant Commissioner Rhonda Blackmore, the commanding officer of Saskatchewan RCMP, talks about how she visited the James Cree Smith Nation, Weldon, and Melfort communities and saw the generosity and compassion their residents shared.

The Saskatoon Tribal Council (STC) also said in a statement before the arrest that it’s relieved Sanderson has been arrested.

“Now people can start to feel safe again but also now is the time for healing to begin,” said STC Chief Mark Arcand, who lost his sister and nephew in the attacks.

Dennis Helmuth, mayor of Rosthern, which is about six kilometres from where the arrest was made, said the town is feeling some comfort today.

“Mostly a feeling of relief and I think incredible sadness is going to become dominant as we continue to come to grips with what has happened in our province,” he said.

Authorities had been searching for Sanderson since Sunday.

Sanderson was charged with first-degree murder, attempted murder and breaking and entering. His brother, Damien Sanderson, 31, was also facing charges before he was found dead on Monday.