France to lower school starting age from six to three 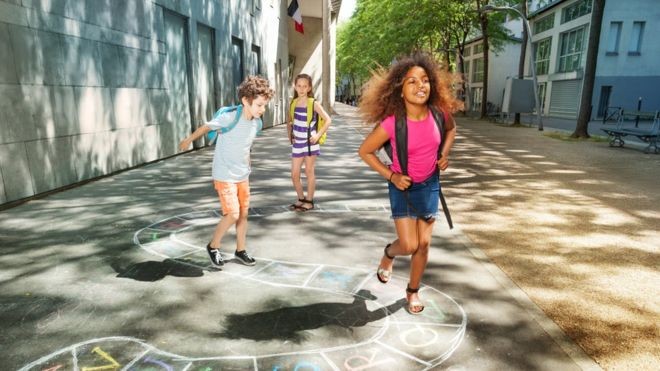 France to lower school starting age from six to three

Children in France will start school at the age of three instead of six, under new reforms announced by President Emmanuel Macron.

The change will give France one of the lowest compulsory school starting ages in Europe.

But it will only affect a small number of children, as the majority of French families already choose to send their children to school at three.

Only 2.4% of children are not enrolled at that age, government figures show.

Mr Macron said the change was intended to reduce inequality in education, as parents in poorer areas of France and in overseas territories are less likely to send their children to school at an early age.

In Paris, 93% of three-year-olds are enrolled but the figure is much lower in some overseas territories, according to Le Monde.

“I hope that with this obligation, from the start of the school year in 2019, we can… correct this unacceptable differential,” Mr Macron told a conference on Tuesday.

He hailed the change as “a founding moment in the French education system”.

There is much debate about when children should begin formal education.

A study published in 2015 found that children who started school later were less likely to be inattentive or hyperactive in class.

Finland, Poland and Estonia – three of Europe’s most academically successful countries – have a school starting age of seven.

But children in those countries have usually been in a nursery, where they have been learning through play and games. Class sizes are also generally smaller.