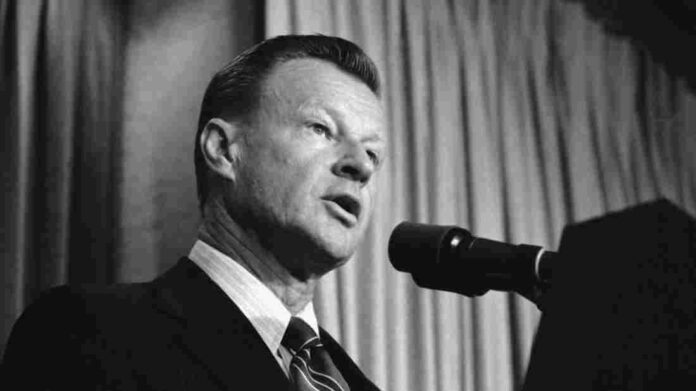 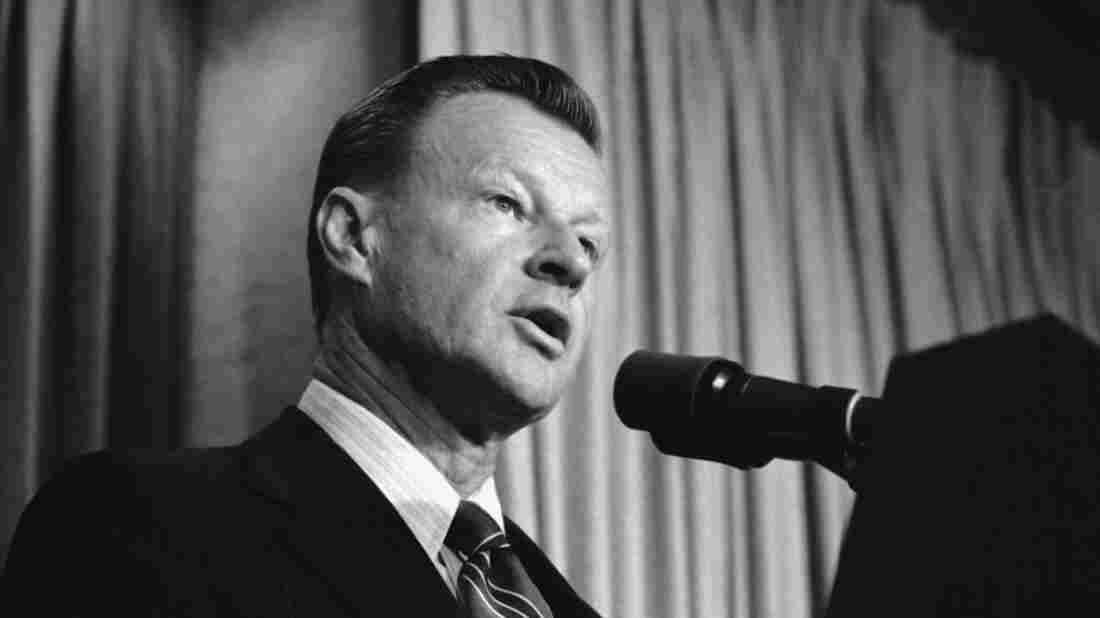 National Security Adviser Brzezinski on May 11, 1979. He served throughout the Carter administration. Tasnadi/AP hide caption

National Security Adviser Brzezinski on May 11, 1979. He served throughout the Carter administration.

Zbigniew Brzezinski, the national security adviser to President Jimmy Carter and a noted foreign policy expert and thinker, died Friday at the age of 89.

One of his most well-known accomplishments came in 1978, when Brzezinski helped President Carter reach an agreement between Israeli Prime Minister Menachem Begin and Egyptian President Anwar Sadat to secure the Camp David peace accords between the two countries.

Brzezinski talked in 2003 about the impact the agreement had on the countries involved in negotiations:

“So if you will, for the Israelis, the benefit was strategic; for the Egyptians, the benefit was national, territorial; for the United States, it created an opening wedge for a continued effort to promote peace, but an effort which, as we all know unfortunately, over the last 20 years, 25 years, hasn’t really paid off, hasn’t really been successful, in part because, as I said earlier, presidential leadership has not been present and the United States has not continued to play the role of a balanced and fair mediator.”

Brzezinski was national security adviser to President Carter throughout the Iran hostage crisis, when 52 American hostages were held in Iran for 444 days. He advocated a commando mission to rescue the hostages that ended in failure.

Brzezinski also helped in the normalization of U.S. relations with China in December 1978, when the two countries established formal diplomatic relations for the first time.

He was a strong opponent of the Soviet Union and supported funding anti-Soviet militants in Afghanistan. According to The New York Times, Brzezinski rejected a U.S.-Soviet-China dynamic embraced by one of his predecessors, Henry Kissinger, and instead favored “deliberate ‘strategic deterioration’ in relations with Moscow, and closer ties to China.”

Brzezinski was involved in agreements in 1977 and 1978 to give control of the Panama Canal back to Panama in 1999.

“He was brilliant, dedicated, and loyal, and remained a close advisor to my work at The Carter Center,” former President Carter said in a statement. “I will miss him.” 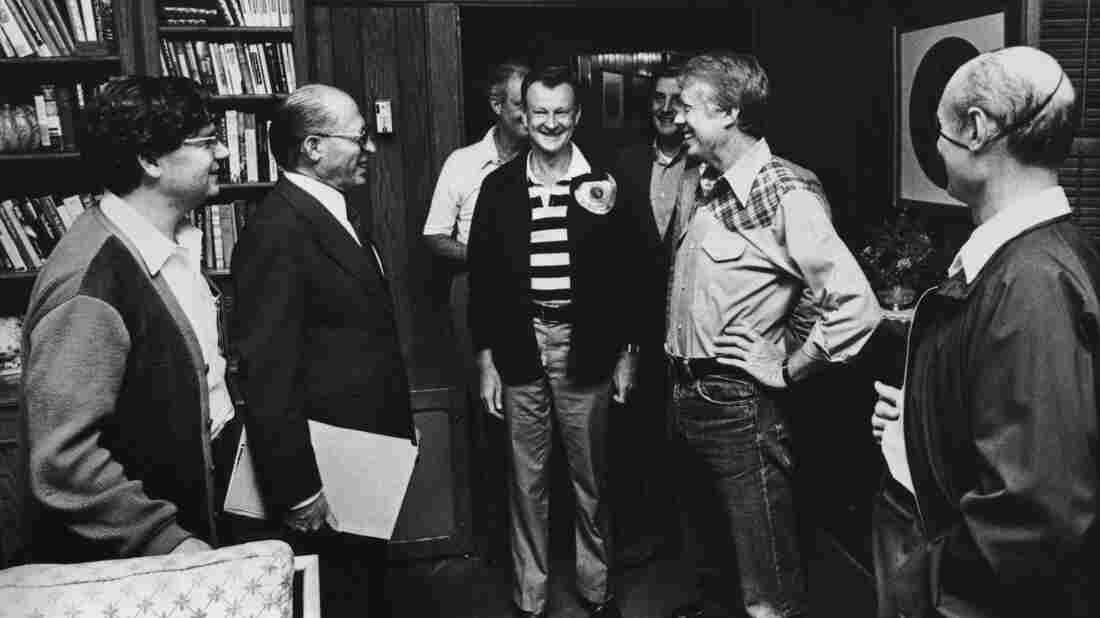 The American and Israeli teams meeting at Camp David, Maryland in September 1978.

Following his work in the White House, Brzezinski continued to be an influential voice on foreign policy matters. He served as a counselor and trustee at the Center for Strategic and International Studies and a professor at Johns Hopkins University.

Brzezinski “graded” the foreign policies of the three presidents that followed Reagan, telling NPR that he would give George H.W. Bush a B, Bill Clinton a C and George W. Bush an F.

In 2006, he strongly criticized the George W. Bush administration’s war effort in Iraq and the wider idea of a “war on terror,” which he told NPR was a “demagogic slogan.”

“We’re dealing with a bunch of fanatics,” he told All Things Considered. “We’re dealing with some truly fundamentalist haters of the West. We’re dealing with some outraged ethnic and nationalist feelings. But to elevate this into a global ideological collision indirectly somehow reminiscent of the 20th century struggle with Nazis and/or communism is an absurdity which either reflects profound ignorance or a totally manipulative desire to use public anxiety for political purposes.”

Brzezinski told MSNBC in 2015 that he was supportive of President Obama’s nuclear deal with Iran, one of Obama’s signature foreign policy accomplishments. “I think ultimately, if it works, it is a very good deal. I think it increases security and stability” in the Middle East, he said.

Earlier this year Brzezinski told Rachel Martin on Morning Edition that President Trump “has not given even one serious speech about the world and foreign affairs.”

“I don’t understand it,” he said. “I don’t see any sense of direction and a set of goals that need to be achieved, any warnings against some potential dangers that have to be faced.”