Federal government diverting veterans in crisis away from emergency fund, say outside agencies 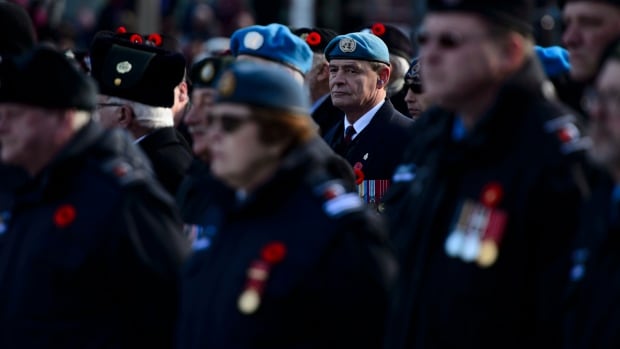 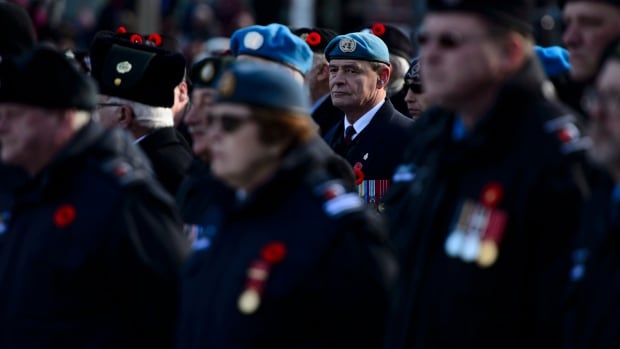 Former soldiers in crisis are being sent regularly to outside agencies for emergency assistance by case managers at Veterans Affairs Canada — even though the Liberal government has its own, modest relief fund.

Both Veterans Emergency Transition Services Canada (VETS Canada) and the Royal Canadian Legion report an increase in the number of cases being referred to them directly by the department, which is either unable — or unwilling — to tap into the federal treasury.

“The thing that we find really frustrating is when [case managers] call us and they say, ‘We’re just going to send them to you guys because you guys are faster'” in providing assistance, Deb Lowther, a co-founder of VETS Canada told CBC News. “It’s still an emergency.”

In the 2017 federal budget, the federal government set up a $1 million fund for veterans and their families who are “at risk due to an urgent and unexpected situation.” It began handing out cash at the start of this fiscal year in April.

In some instances, it appears, the way the federal government defines ’emergency’ for the purposes of the fund is up for debate.

There have been cases of recently-released soldiers, whose pensions and veterans benefits have not arrived, being unable to meet the rent, Lowther said.

‘To them, it’s not an emergency’

“They’re referring people to us for things like rent. Well, that is an emergency,” she said. “But they’re saying unless [the veteran] has an eviction notice in hand, to them it’s not an emergency. Our perspective is, we don’t want it to get to that point.”

CBC News has spoken to half a dozen veterans who have seen their requests for help from the fund rejected for various reasons. None of them wanted to go on-record, citing fear of retaliation.

They complain that the fund’s eligibility criteria appear to be arbitrary.

Lowther’s organization was created to help get homeless veterans off the streets; she said it now averages up to 300 calls for assistance per month. Half of them are being sent directly from Veterans Affairs, she added.

The Royal Canadian Legion faces a similar, but somewhat different problem. It helps veterans complete the paperwork for long-term benefits; for those in immediate trouble, it dips into the Poppy Fund to bail them out.

The number of those cases has been on the rise, said Brad White, the Legion’s national executive director.

“I’ve seen an increase where Veterans Affairs Canada is referring people to the Legion to complete the paperwork, instead of [the veteran] doing it themselves,” he said in a recent interview.

Some of the cases cited by Lowther, however, would not have been captured by those statistics because the veterans involved would not have formally applied to the fund, having been diverted elsewhere first.

A spokesman for Veterans Affairs defended the practice, saying “referrals to outside agencies are made for a number of reasons.” In an email, Martin Magnan said that a number of outside groups or institutions may be called upon by the department, depending upon the circumstances of the individual veteran.

Reasons for diverting a case would vary, Magnan said.

“Referrals may also be made to outside agencies where situations do not meet the definition of an emergency under the Veterans Emergency Fund, or where the financial needs of the veteran’s request exceed the annual household limit of $2,500.”

For example, Magnan said, the program was not meant to “support ongoing financial payments such as rent and mortgage.”

It can, however, make exceptions and provide “some short-term funding to give them time to find a longer term solution.”

Based on Lowther’s experience, those exceptions seem rare; she noted that several recent cases that came before VETS Canada involved rejected pleas for short-term relief.

White did not provide statistics about the size of the increase in cases the Legion has seen, but said he believes government staff need to be more aware of the fund’s availability.

“I would hope if an individual walks into a Veterans Affairs office and is requesting assistance, and it falls within those funds, that those funds are actually provided to them without question or hesitation,” he said.

“I can understand why that’s happening. I can go out on a limb here and say they just don’t have the people trained and ready to handle the cases coming down their way right now.”

White said the enormous backlog of benefit claims and the associated workload may affect the ability of government staff to deal with veterans in crisis.

Magnan said frontline staff are aware of the fund, and have been trained in its use. There appears to be a startling disconnect, however.

Magnan said there are “no departmental policies which state veterans must first seek assistance from other sources.”

At least one senior Veterans Affairs executive denied there was even a problem when it was raised during a closed-door stakeholders meeting in Ottawa last month.

Lowther said there have been occasions when her organization has worked effectively with case managers to get a veteran off the street and into shelter.

The challenge, she said, is keeping them from getting there in the first place.