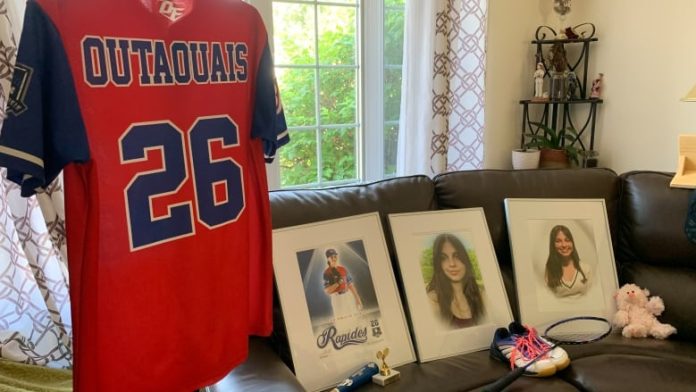 The family of a teenage girl in the Outaouais who died suddenly of a severe allergic reaction is petitioning the government of Québec to create an allergy clinic in every region to prevent their tragedy from being repeated.

On the night of June 25th, Sarah-Émilie Hubert, 15, suffered a severe allergic reaction. She was allergic to milk and eggs.

After administering an EpiPen — a spring-loaded injector containing epinephrine which is often prescribed to those diagnosed with severe allergies — her father, Stéphane Hubert, and mother, Lyne Robert, took her to the emergency room as she continued to experience difficulty breathing.

“Since my daughter died, I can’t do anything,” Hubert said.

In the wake of their daughter’s death, the family is petitioning the government of Quebec to set up allergy clinics in all regions throughout the province, including the Outaouais.

“We need someone to make it happen,” he said.

At the time of this writing, the petition has garnered over 500 signatures.

“These are things that exist, that work. I don’t know what we’re waiting for.… It can save lives.”

Dangers of severe allergy were clear

Sarah-Émilie Hubert was aware of the dangers posed by her allergies. She even made anaphylaxis, the immune reaction to an allergen that can cause difficulty breathing and a drop in blood pressure, the subject of a high school project.

In her presentation, recorded on video and viewed by Radio-Canada, she lamented the lack of allergy resources in the region.

Currently, the nearest such clinic in Quebec is located at the Centre hospitalier universitaire Sainte-Justine in Montreal.

“We’re telling ourselves now: we should have moved to Montreal,” said Hubert in an earlier French-language interview with Radio-Canada, less than two weeks after his daughter’s death.

“We had hoped that things would be developed in the Outaouais,” added Robert. “That’s what we told Sarah-Émilie. There are some in Montreal, it will happen in Gatineau, it will come.”

Allergy clinics in the Outaouais did not come fast enough for their daughter.

In a French-language statement emailed to Radio-Canada, the Outaouais’s public health authority, the Centre intégré de santé et des services sociaux de l’Outaouais (CISSS), said while the region does have access to two allergy specialists, the services on offer could be improved.

“Work is currently in progress,” reads the statement.

Dr. Peter Lin, a family physician, said that allergy clinics can provide dedicated, specialty care to those with severe or complex allergies, which could have long-term benefits for those patients and the health-care system as a whole due to reduced strain on emergency rooms.

“In a specialized centre, they would have all that information and it would be easy for them to package it together,” Lin said.

“So it might cost money to set it up … in the long run it’s actually going to save money and perhaps save lives.”

Lin said that an added benefit of more allergy clinics would be a much greater data set with which to conduct research into allergies, possibly allowing medical professionals to predict a young person’s allergies based on their family history.

He sees “huge potential … in terms of allergy prediction and making sure that people never have this horrible event where somebody is lost because of an allergic reaction.”

Sarah-Émilie Hubert had a passion for baseball from a young age. Her team paid tribute to her during a recent game, and will wear a sticker on their batting helmets in memory of their teammate for the remainder of the season.

Maryse Gaudreault, member of the National Assembly of Quebec for the riding of Hull, has agreed to meet with the family in early August. She said she will also attend Sarah-Émilie’s funeral service scheduled for Monday, to support the family.

Gaudreault is bringing the family’s petition for more allergy clinics to the province’s legislature. The petition will remain open to new signatures on the website of the National Assembly of Quebec until the end of August.