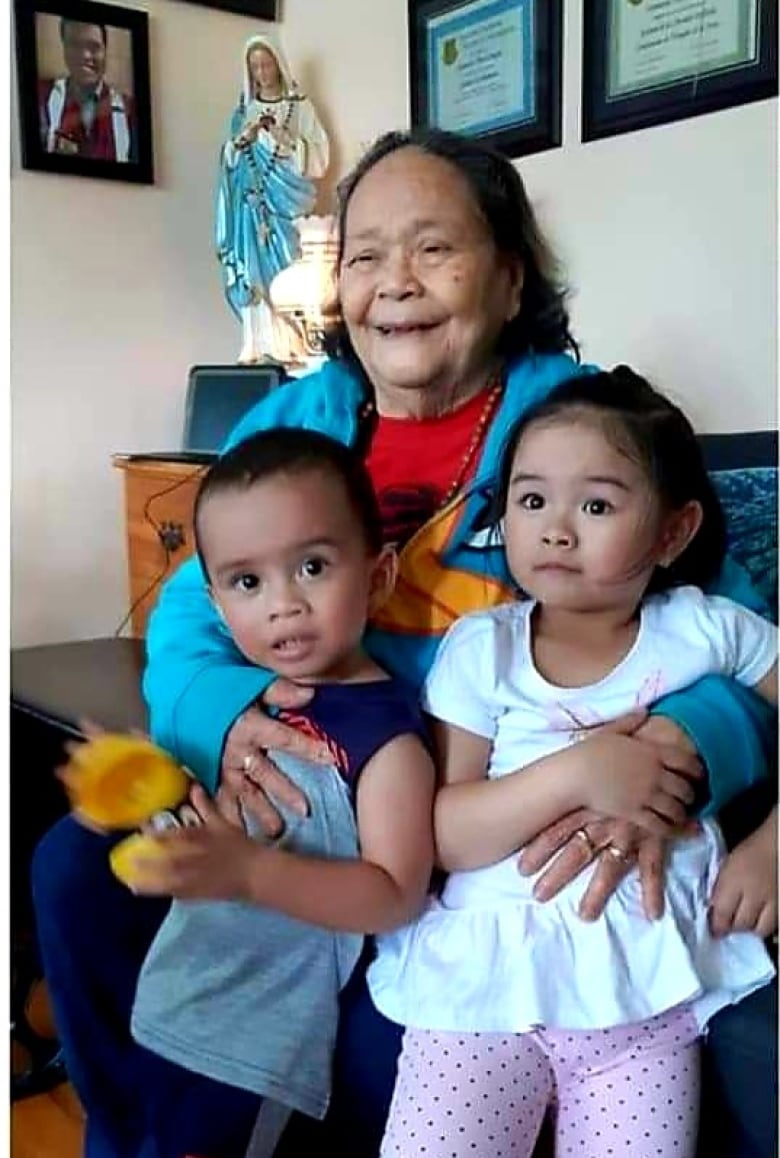 The family of Candida Macarine, the 86-year-old woman who was found dead on the floor of a room in the ER of Montreal’s Lakeshore General Hospital in February 2021, has written to Quebec’s chief coroner asking her to reopen the investigation into the death.

CBC has obtained a copy of a letter the family drafted with the help of Center for Research-Action on Race Relations (CRAAR) to Quebec’s chief coroner, Pascale Descary.

“The family and CRARR have serious and legitimate reasons to believe that the report made by coroner [Amélie] Lavigne contains major omissions of crucial and pertinent evidence,” the family said in the letter.

The family believes if the case had been more thoroughly examined, the coroner would have come to a different conclusion on the causes and circumstances of Macarine’s death.

And they suggest that race and language may have played a role in the treatment Macarine received at the hospital.

The report from coroner Lavigne released last month concluded Macarine likely died naturally of a heart attack, and that there was nothing to suggest possible negligence or abandonment on the part of nursing staff.

The report’s lone recommendation was for the hospital to improve surveillance of visual and auditory alerts of patient-monitoring systems.

At the time of Macarine’s death, the hospital did not tell the family that Macarine had been found dead of the floor of a room in the ER that staff had flagged to managers as having visibility problems, making it difficult to monitor patients there.

The family only discovered that after seeing a CBC news story the morning of Macarine’s funeral.

Since then it’s been an uphill battle to get more information from official sources, and the coroner’s report is just the latest in a string of disappointments.

The family wrote to the coroner after reviewing all the medical files the coroner had in its possession. The detailed letter spells out several things the family believes the coroner overlooked, including:

The family believes Macarine wasn’t properly monitored and should have been placed in intensive care hours earlier.

“The coroner did not even question how, despite both audio and visual alarms, there was no one at the nursing station who heard and saw these alarms,” said the family.

“These are questions that the coroner should have probed and explained in her report,” they said.

The family also noted one of the doctors on duty that night wrote in his notes that Macarine spoke neither English nor French. The letter said that’s not true and that Macarine could speak English but wasn’t wearing her hearing aid that night.

“That should have triggered a reflex to review more carefully the nature and quality of care given to Ms. Macarine,” the letter said.

“How did this perceived lack of knowledge of spoken official languages influence her treatment?” the family’s letter asked.

“The troubling question that has sadly lingered in the minds of family members upon reading this ‘no English, no French’ line is: ‘How did hospital staff communicate with her during the four hours she was in the hospital?'” the family’s letter said.

“When compared to the impressive contextual analysis and examination by the coroner of medical staff’s conduct and testimonies in the Joyce Echaquan investigation, which, in our opinion, sets new standards for investigation of situations of deaths of persons whose race or ethnicity could be a factor, Coroner Lavigne’s report is seriously flawed,” the letter said.

“We urge you to order a new investigation into the death of Ms. Macarine in light of overlooked facts and new facts brought to your attention,” the letter concludes.

Jake Lamotta-Granato, a spokesperson for the coroners office, responded to CBC in an email.

“The chief coroner will examine and rigorously analyze any request from the family as soon as possible,” Lamotta-Granato said.

The hospital had promised to renovate the ER to improve monitoring of patients in the weeks after Macarine’s death, well before before the coroner’s report was released.

Those renovations have not yet happened.  A spokesperson for the local health agency that oversees Lakeshore, the CIUSSS de l’Ouest-de-l’Île-de-Montréal, told CBC in an email Monday that those renovations are still in the “planning stages.”

Members of Macarine’s family and CRARR are set to hold a news conference Tuesday in Montreal to discuss the case further.