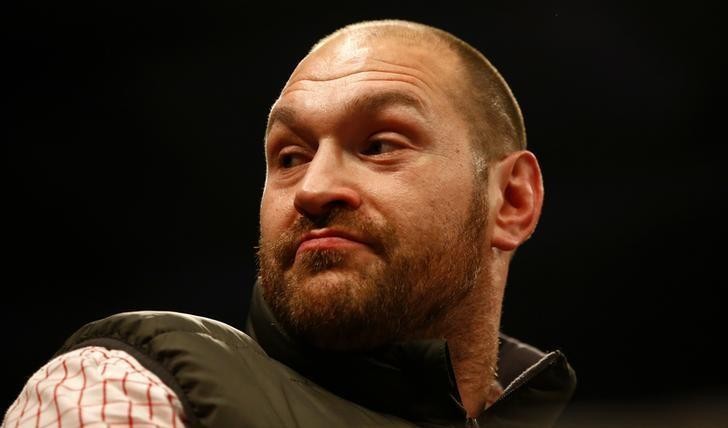 “Been very blessed in my life & career (to) achieve the upmost (sic) in boxing, was a epic journey along the way,” he wrote. “Thanks to all the fans that supported & believed in me along the way. Hope you enjoy it as much as I did. THE END.”

Fury’s post was accompanied by a photo of him holding three world title belts he won from Wladimir Klitschko by giant upset decision on Nov. 28, 2015, in Dusseldorf, Germany. Fury (25-0, 18 KOs), troubled by drug and alcohol addiction as well as mental health issues, has not fought since.

Fury, who turns 29 on Aug. 12, twice pulled out of a rematch with Klitschko in 2016 and was eventually stripped of the titles for twice testing positive for cocaine in tests conducted by the Voluntary Anti-Doping Association that was overseeing testing for the fight.

England’s Fury also had his license suspended by the British Boxing Board of Control and has also ballooned in weight. In addition, even if Fury wanted to box he faces a U.K. Anti-Doping hearing for a previous charge of using a performance-enhancing drug, the banned steroid Nandrolone, stemming from a 2015 fight before he defeated Klitschko.

The 6-foot-9 Fury has previously said on social media that he was hanging up his gloves only to quickly retract the announcement.