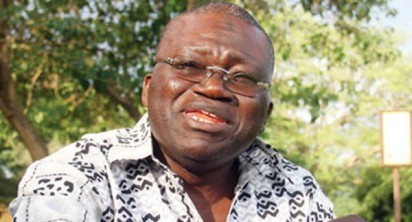 PORT HARCOURT—THE Federal Government has been urged to constitute a minimum wage committee to upwardly review the existing minimum wage and minimum pension.

Vice President, Industrial Global Union, Mr Issa Aremu, who made the appeal  in Port Harcourt at a sensitisation workshop between Central Bank of Nigeria, CBN, and labour leaders in the South-South region, stressed that the nation needed a properly motivated work force to contribute meaningfully to the development drive of the government.

He commended the CBN, for some of its policies on dollar restrictions  on some goods produced locally, adding that the monetary policies of the CBN should be complemented by “fiscal and industrial policies to reinvent Nigeria’s economy.”

In a paper on Bank Verification Number and update on Cashless Policy, Mr H. Abdulahi said that the bank verification  number was evolved to protect the account owner from fraud, adding that the cashless policy had reduced incidents of robbery to the lowest level.

Continuing, he said it was not the CBN that debited customers for stamp duty, adding that the bankers’ bank merely  directed banks to comply with the policy.

In another paper, Mr Abubakar Abasu said that the CBN came up with reforms to strengthen commercial banks in the country, adding that the consumer protection  unit was created and later upgraded to Consumer Protection Department.

He said that the CBN created a dispute resolution  scheme for depositors who may not be satisfied with the efforts of their banks to resolve their problems.