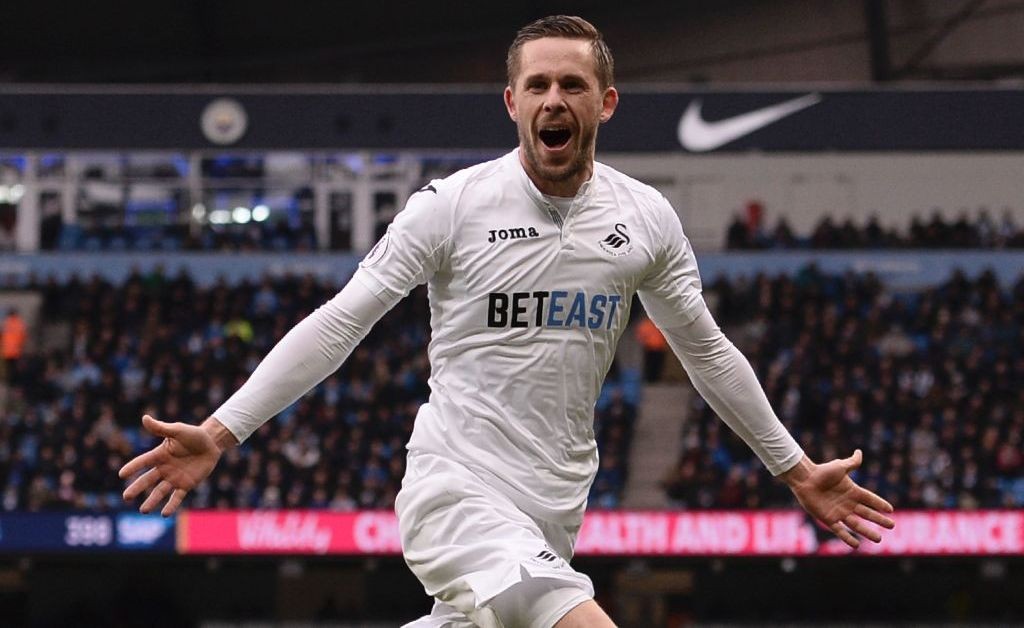 Everton have failed with a £40m bid for Gylfi Sigurdsson

Gylfi Sigurdsson will miss Swansea’s tour of the United States in the wake of a failed £40m transfer bid from Everton..

Sky sources say the Toffees’ interest has translated into an offer £10m short of the £50m Swansea are demanding for their goalscoring midfielder.

And it is understood a rival – and more valuable – bid from Leicester has already been rejected by the City board.

Swansea believe the £50m figure could be met with the inclusion of add-ons in any deal for the Iceland international, who scored nine goals and set up 13 more in last season’s Premier League.

Sigurdsson played in a pre-season friendly at Barnet on Wednesday evening, but a City statement the following morning confirmed he would not be travelling to the US.

“Gylfi did not feel in the right frame of mind to travel due to the current uncertainty over his future,” the statement read.

Speaking after the Barnet game – and before news of Everton’s offer emerged – manager Paul Clement admitted he did not know whether Sigurdsson would be a Swansea player by the time of their opening game at Southampton on August 12.

He told Sky Sports News HQ: “I know there is a lot of speculation and clubs that are strongly interested in him, but there’s nothing more than that at the moment. We have not rejected anything and Gylfi has not come to us and said ‘I want to leave’.

“He is a player here at the moment. We are not sure whether he is going to be here for this season. If another club comes up with the right valuation, according to us, then it would be a different matter possibly.”