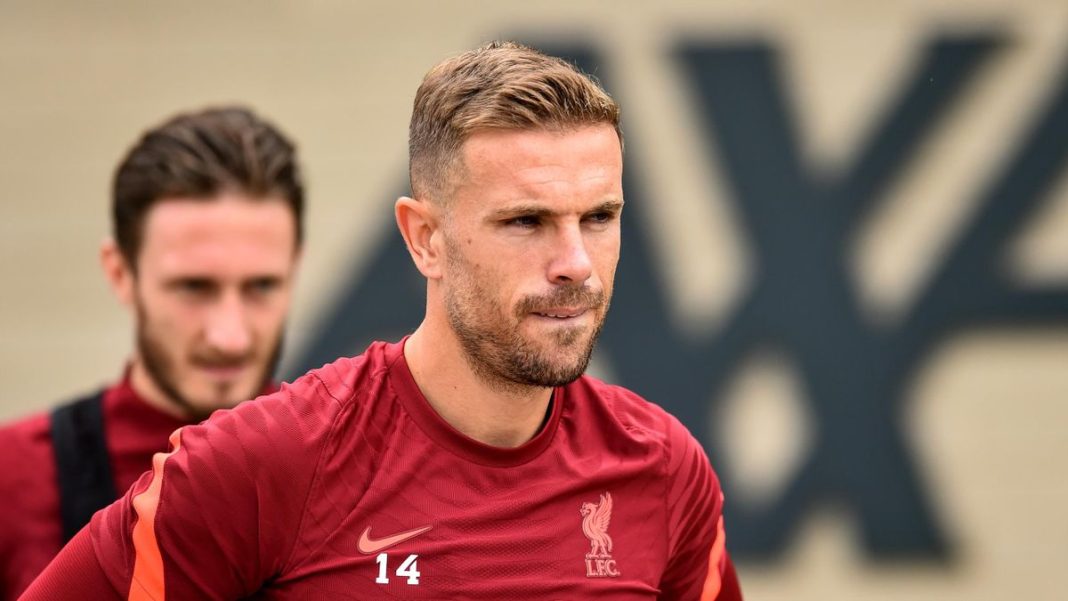 Henderson has no doubt that Mason Mount will ‘bounce back from the penalty miss and also believes the midfielder has the ‘world at his feet.

Mount and Chelsea captain Cesar Azpilicueta missed from the spot at Wembley on Saturday, with the Blues losing 6-5 in the penalty shootout.

After the 23-year-old’s penalty was saved by Alisson Becker, the Chelsea youth product cut a dejected figure as Liverpool lifted the trophy.

“That is always a big thing for me,” Henderson told Sky Sports.

“You’ve got to be respectful to the opponent, especially with players you play within your national team.

Aslo read: Be Ready For Your Wife To Cheat Too – Paul Play Warns Cheating Husbands

“You know how good they are and that they are good people. Especially in penalty shootouts, it’s never nice for people to miss.

“I knew he’d be feeling really down and to be honest, he probably didn’t want me going over there thinking back, but I just wanted to give him a little bit of support because he’s a top player, a great lad and he’s still very young.

“He’s got the world at his feet and I’m sure he’ll bounce back and when he gets the opportunity again, he’ll step up and put the ball in the back of the net.”

Henderson led Liverpool to a 2-1 win over Southampton on Tuesday to brighten their chances of winning the Premier League trophy on the final day of the season on Sunday.

Liverpool is now just one point behind Manchester City going into the final day. Pep Guardiola’s City welcomes former Liverpool captain, Steven Gerrard and his Aston Villa side to Etihad while the Reds play host to Wolves.