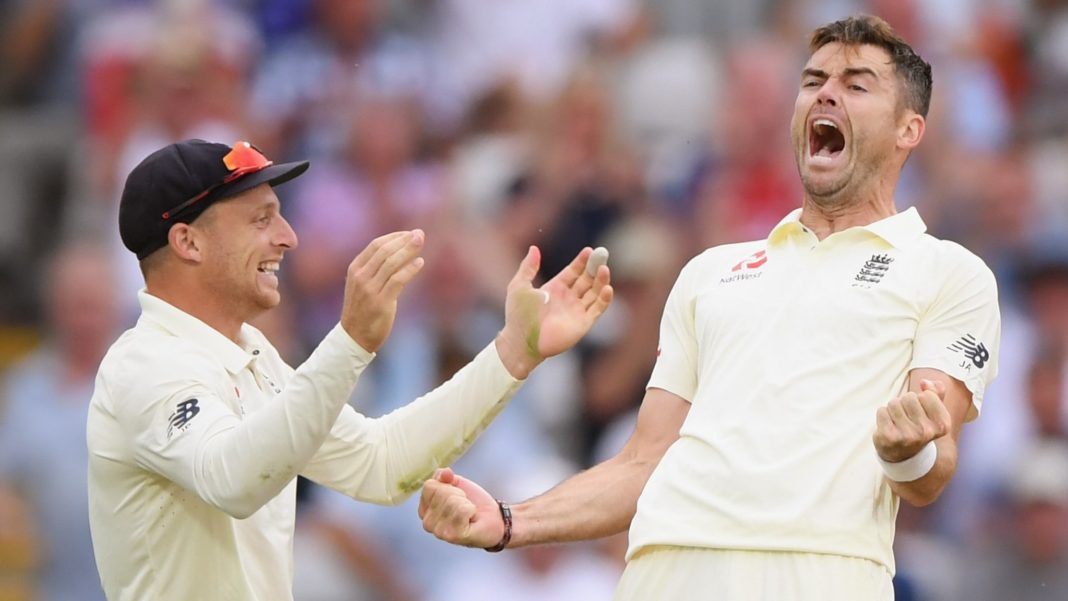 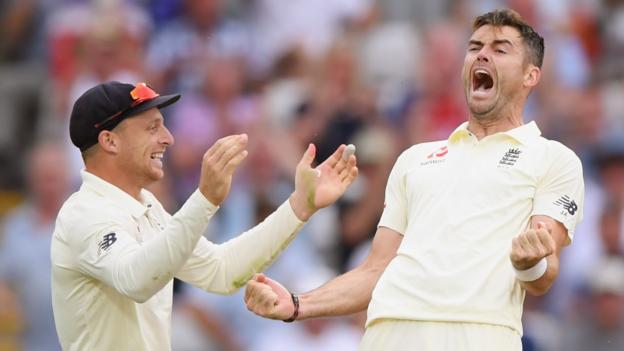 England’s first Test against India is set for a thrilling finish after Sam Curran’s counter-attack dragged the hosts back into the game on the third day at Edgbaston.

Ravichandran Ashwin dismissed England’s top order and Ishant Sharma took three wickets in an over to leave England in disarray on 87-7.

However, Curran hit an enterprising 63 to help the hosts reach 180 and set India 194 for victory.

Stuart Broad took two wickets as India slipped to 78-5, but captain Virat Kohli ended the day unbeaten on 43 with his side 110-5, requiring a further 84.

It was another disappointing showing with the bat for England, the same problems of lack of patience and poor technique plaguing the top and middle order.

But Curran, 20, kept them in the game and Ben Stokes, Curran and James Anderson claimed a wicket apiece to take the game into a fourth day.

India require their highest run-chase in England to take a 1-0 lead in the series, surpassing the 174 they made at The Oval in 1971.

Their chances largely lie with Kohli, who has scored 50% of their runs in this match and seems determined to put his dismal tour four years ago behind him.

Former England captain Michael Vaughan on BBC Test Match Special: “We are in for a riveting morning.

“We keep saying Virat Kohli can’t keep seeing his team over the line in run-chases, but we saw he has the mindset and the game to do so.

“England have got to strike early. Joe Root won’t sleep tonight. He has got to trust his bowlers and stay calm. He has to hope his side take their chances.”

Ex-England spinner Phil Tufnell: “England need to avoid running up and not trying to get Kohli out. You have got to be on it every ball to both batsmen.

England threw the game away a couple of times and but hauled themselves back into it for a third time.”

Cricket correspondent Jonathan Agnew: “This has got 2005 written all over it.”

Under the Edgbaston lights and supported by a sell-out crowd, England produced their most impressive bowling performance for some time.

There were errors again in the field – Dawid Malan put down his third catch of the match when he dropped Murali Vijay at second slip – but Broad produced an energetic spell to strike twice in two overs.

He and captain Joe Root encouraged the crowd to make more noise as Vijay was trapped lbw offering no stroke, before Broad found the outside edge of Shikhar Dhawan’s bat as he attempted an expansive drive.

England kept the pressure on India and were rewarded when Stokes found movement away off the seam to end KL Rahul’s uncomfortable innings for 13.

India tried to rebuild but wickets fell regularly, with Ajinkya Rahane edging Curran behind before Ashwin, promoted up the order, did the same to Anderson.

Curran, after a spell of intelligent bowling on Thursday to claim four wickets, brought a similar intensity to his batting.

With England reeling on 87-7 and Ishant – who finished with 5-51 – finding seam movement, left-hander Curran gave himself time to get used to the pace of the pitch.

As Adil Rashid struck out, Curran rotated the strike and played defensively against Ashwin as the two put on 48 – helped by Dhawan putting both players down at first slip on 13.

Once Rashid fell for 16 after a brief delay for bad light – his middle stump knocked out of the ground by Umesh Yadav – Curran began to play more offensively.

He hit Ashwin for six down the ground and clobbered the next ball for four over long-on, before Ishant was flat-batted for six over extra-cover as Curran reached his maiden Test half-century.

Such was Curran’s confidence that in his second Test he protected Broad – appearing in his 119th – from facing the seamers.

They shared a 41-run stand before Broad attempted a flat-footed drive and sent an outside edge to first slip.

Curran was left annoyed when he attempted to run Yadav down to third man and was caught by wicketkeeper Karthik, but he was given an ovation by the crowd and Kohli.

“I didn’t want to overthink it and tried not to think about the situation too much,” Curran told Test Match Special.

“You saw what Virat did to us in the first innings. He hung around with the tail and scored for them and I almost tried to do the same.”

Keaton Jennings fell for eight – a leading edge flying well held at gully by Rahul – before Root was left in disbelief as, on 14, he turned a regulation delivery straight to leg slip.

The middle order crumbled in a period of smart swing bowling from Ishant, who moved the ball away from the right-handers.

Malan, Jonny Bairstow and Stokes fell in similar fashion: tentative against Ishant, they were caught in the cordon off thick edges.

Jos Buttler’s dismissal, caught behind attempting to drive the second ball after lunch, was Ishant’s third wicket in the over and left England in serious danger of losing inside three days.

Curran helped them to a decent total but, with five Tests in six weeks, they will need to find a way to stop these collapses happening.