A multimillion-dollar park and ride in Ottawa that OC Transpo advertised as “perfect for customers” in south Orléans has largely sat empty since opening three years ago, and residents nearby say it’s a waste of their tax dollars and are still scratching their heads as to why it’s even there.

“We all feel the same. It’s not being used. It’s a waste,” said resident Rylee Batista.

The Chapel Hill South park and ride sits at Navan Road and Brian Coburn Boulevard — a major artery in south Orléans. It opened on Oct. 27, 2019, and cost the city about $8.2 million.

The lot has 263 free parking spaces and was slated to expand to 427, according to OC Transpo’s website.

But the stop services only two regular bus routes — the 32 and 34 which run about every 25 minutes most of the day — and according to OC Transpo, two other buses run on weekday mornings to high schools nearby.

An OC Transpo online pamphlet about the park and ride touts it as “perfect for customers travelling from south Orléans and nearby communities,” and tells customers to “park your car and let OC Transpo take you the rest of the way — 35 minutes to downtown!”

But that’s far from reality.

But it takes about 53 minutes from that same address directly to CBC Ottawa by transit.

CBC has visited the park and ride three times between September and October for two-hour periods, twice during rush hour. At most, it observed five cars parked there, and sometimes none.

On each occasion, CBC observed one transit rider getting off the bus and driving away in their car; several non-transit users — like a skateboarder and dog walkers — parked there for recreational purposes.

But the city maintains the location “is strategic.”

Stanimir Cvetanov runs by the park and ride almost daily. The resident of Chapel Hill South said he was so baffled by the emptiness, he wrote a one-star Google review.

“Textbook example of wasting tax payers’ money. Barely anyone used it even before the pandemic,” his review reads.

Cvetanov told CBC that as a transit rider pre-COVID, he was “initially excited” for the park and ride thinking more express buses would run from it.

That enthusiasm was short-lived.

“That got me upset, like, you built something so huge for just two bus lines?” said Cvetanov.

Batista, president of the Chapel Hill South Community Association, said the lot was mainly used as an “$8 million cement playground” during the pandemic.

“We’ve come here with our Rollerblades to play hockey,” she said.

Batista has seen kids on bikes, motorized toy cars and skateboarders use the space.

WATCH | ‘No reason’ anyone in Chapel Hill would use park and ride, says association: 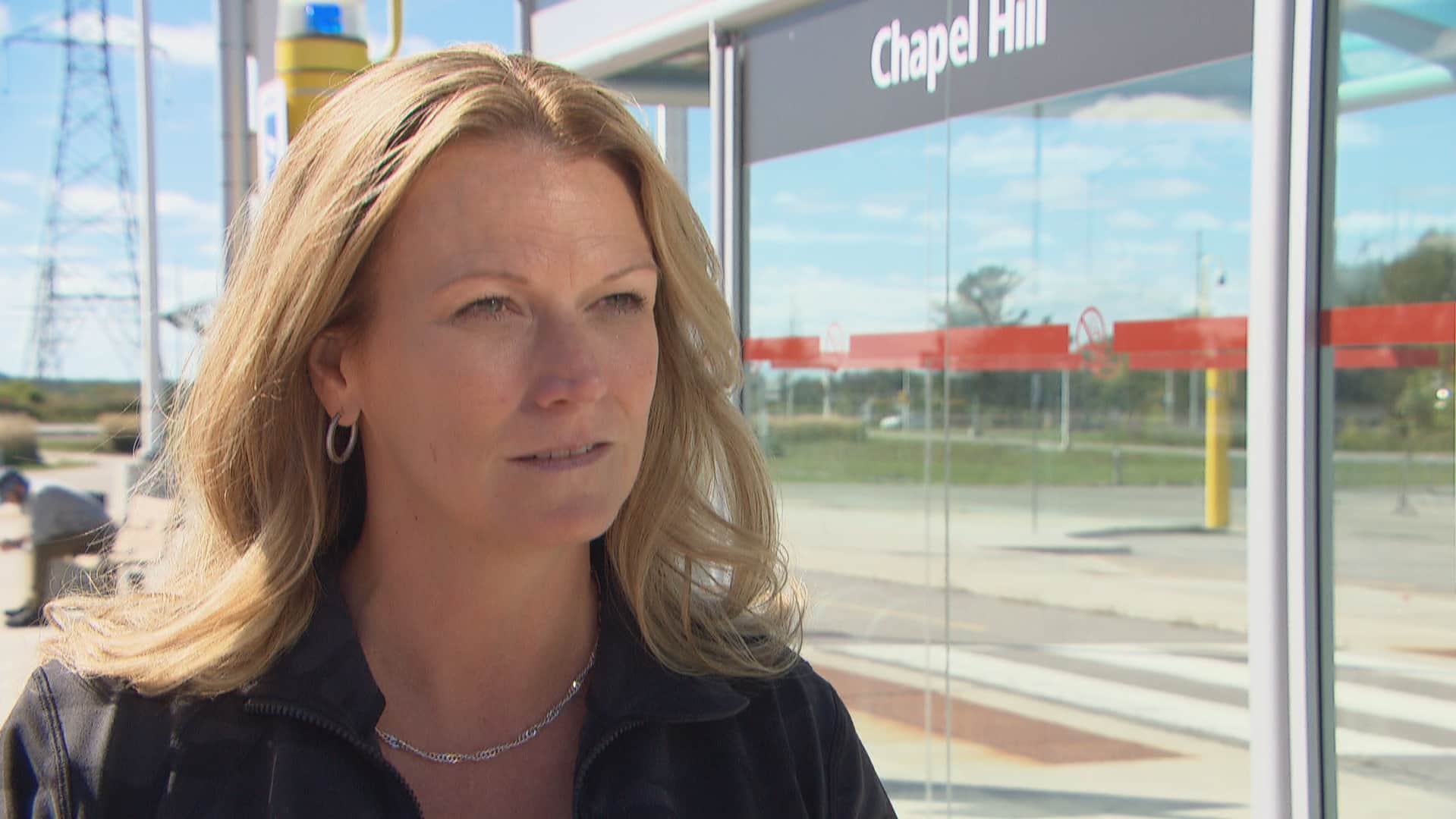 At night, though, it was used as a car drifting and racing spot, so barricades were put in to try to prevent that, she said.

“You can hear them spinning out or drifting,” recalled Batista, pointing to the fencing. “That’s what this has done — it has cut down that noise.”

The park and ride also replaced a forest, she said, causing some residents to worry about the impact it might have on the green space and ravine nearby.

Batista said she’s spoken to councillors about its future, and other issues with transportation in south Orléans.

‘Cart before the horse’ situation: resident

Heather Buchanan, a resident of the nearby Bradley Estates neighbourhood, calls the park and ride a “glorified transit stop.”

Buchanan sits on the development committee for her community association and explained that the lot was built in anticipation of a future Bus Rapid Transit (BRT) corridor — bus-only roadways — in the area, a project which has not materialized since the 1990s.

Most recently this March after years of studies, planning and consultations, city council voted to move ahead with one of the handful of short-listed options — Option 7 — to extend Brian Coburn Boulevard, and to create a Cumberland Transitway through the Greenbelt which would link the park and ride to Blair Road.

But the city hasn’t set aside money for its $300-million projected cost, and it’s running into issues with NCC which owns the Greenbelt but refuses to release it. Some documents forecast it may not happen until well past 2030.

“We were all quite enraged that we were going to have this ‘cart before the horse’ parking lot,” she said. “This is all predicated on a BRT … that does not exist.” 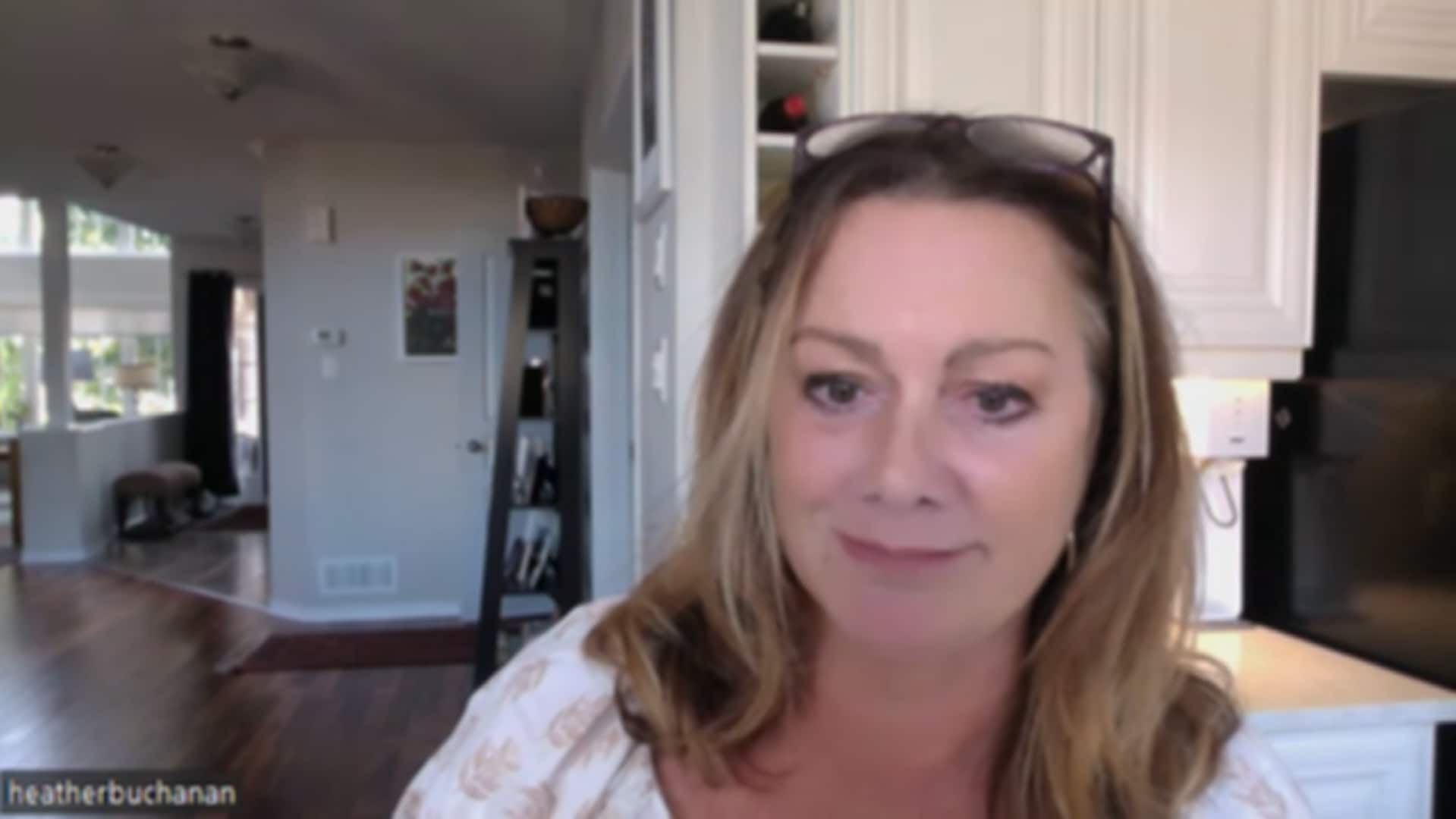 Underused Orléans park and ride a case of putting ‘the cart before the horse,’ resident says

If the city wants south Orléans residents to use the park and ride now, she said it needs to first improve the roads that get them there.

Buchanan said the money would have been better spent building a larger park and ride at Blair LRT Station, which currently has only 21 spaces for permit holders.

“That park and ride is basically a white elephant,” said Rachelle Lecours, president of the Greater Avalon Community Association, which represents communities east of the lot.

“People are upset because that money could have gone to provide better … bus service.”

Lecours said the two buses that run through it do “milk runs” in nearby communities, so it’s easier for residents to hop on the bus near their homes anyway.

As an interim solution while waiting for the future BRT, she suggests implementing express buses taking people directly from the park and ride to downtown or LRT stations — either Blair or Cyrville station, which is not as busy.

CBC asked the city for an interview with OC Transpo, but it said no one is available.

Instead, it provided an emailed statement from its transportation planning director who said the location “is strategic,” based on the future BRT and population growth in southeast Orléans.

Meanwhile, a statement attributed to Pat Scrimgeour, director of customer systems and planning, blames the pandemic, citing usage “has still not yet reached levels seen before the pandemic.” Several residents have told CBC the park and ride was underutilized in the five months it was open prior to the pandemic.

He said the city doesn’t keep track of how much it spends on maintenance of that park and ride.