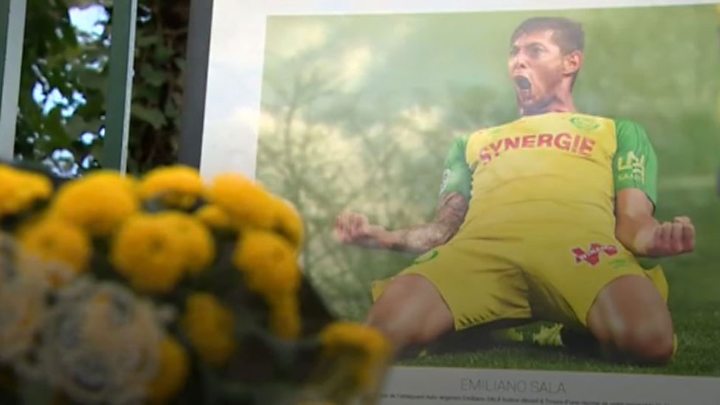 Footballer Emiliano Sala was exposed to high levels of carbon monoxide prior to a fatal plane crash in the English Channel, a report has revealed.

Sala, 28, and pilot David Ibbotson, 59, crashed on 21 January while travelling from Nantes in France to Cardiff.

Toxicology tests on Sala’s body showed CO levels in his blood were so great it could have caused a seizure, unconsciousness or a heart attack.

The Sala family said there should be a detailed examination of the plane.

Mr Ibbotson, from Crowle, North Lincolnshire, has still not been found.

What does the report say?

The Air Accidents Investigation Branch (AAIB) said Sala’s blood had a COHb (carboxyhaemoglobin – which forms in red blood cells upon contact with carbon monoxide) level of 58%.

At this level, symptoms would include include seizure, unconsciousness and heart attack.

It added: “A COHb level of more than 50% in an otherwise healthy person is generally considered to be potentially fatal.”

It is likely Mr Ibbotson would also have been exposed to carbon monoxide.

Piston engine aircraft such as the Piper Malibu involved in the crash produce high levels of carbon monoxide.

The gas is normally conveyed away from the aircraft through the exhaust system, but poor sealing or leaks into the heating and ventilation system can enable it to enter the cabin.

Several devices are available to alert pilots over the presence of carbon monoxide – they are not mandatory but can “alert pilots or passengers to a potentially deadly threat”.

How have experts interpreted the report?

Retired pilot and aviation safety commentator Terry Tozer said the finding was “a surprise”, adding: “It shows you can never tell what the root cause of an accident is until the investigators have dug into the nitty gritty.

“How and why did the carbon monoxide get in? Presumably through the exhaust system… the fumes get into the ventilation system.”

Mr Tozer said he had never encountered anything similar before and would not expect carbon monoxide poisoning to be a big risk on such an aircraft.

He added: “It’s not like a car where you can open the windows. It can creep up on you, and that could be a slow process.

“It’s odourless so you wouldn’t necessarily know you were being fed these fumes unless you had a detection system – but that isn’t mandatory for this type of aircraft.”

Mr Tozer agreed with the Sala family that salvaging the wreckage and examining it would be the only way to find how the leak occurred.

“Aviation accidents usually come about when a number of factors accumulate.

“So, we start with the pilot and his lack of qualifications, then circumstances that delay the flight to night time, possibly feeling pressure the pilot then takes off when he shouldn’t and finds weather that he is struggling with and the final straw is that his ability is impaired by poisoning from a leak in the exhaust and he loses control.”

What will happen next?

AAIB investigators are working with aircraft manufacturers in the USA – where the Piper Malibu was registered – to look at how carbon monoxide could have entered the cabin.

“Operational, technical and human factors” will be considered.

Geraint Herbert, the AAIB’s lead inspector for this investigation, said: “Symptoms at low exposure levels [to carbon monoxide] can be drowsiness and dizziness, but as the exposure level increases, it can lead to unconsciousness and death.

“The investigation continues to look into a wide range of areas in relation to this accident, but in particular we are looking at the potential ways in which carbon monoxide can enter the cabin in this type of aircraft.”

Wednesday’s bulletin was the second to be released following the crash, but the investigation is not expected to report its full findings until early 2020.

Cardiff City said it was “concerned” by the report, adding: “We continue to believe that those who were instrumental in arranging its [the plane’s] usage are held to account for this tragedy.”

In an interview in February, football agent Willie McKay, who commissioned the flight, told the BBC he and his family paid for it.

He was not involved, he said, in selecting the plane or the pilot and it was not a cost-share arrangement.

Why hasn’t the plane been recovered?

Daniel Machover of Hickman & Rose solicitors, who represents Sala’s family, said: “The family believe that a detailed technical examination of the plane is necessary.

“The family and the public need to know how the carbon monoxide was able to enter the cabin. Future air safety rests on knowing as much as possible on this issue.”

She told Sky News it had never occurred to her that carbon monoxide could potentially have played a part.

She called it “a massive shock”, adding: “You can’t smell it. You can’t see it. It’s lethal, they wouldn’t have known. So it’s nothing to do with the flying or anything like that, it’s down to the aircraft.”

The AAIB responded to calls for the plane to be retrieved by saying it filmed substantial video evidence at the scene after the aircraft was found in February.

“It was not possible at the time to recover the wreckage,” it said.

“We have carefully considered the feasibility and merits of returning to attempt to recover the wreckage. In this case, we consider that it will not add significantly to the investigation and we will identify the correct safety issues through other means.”

The statement said after a “violent impact with the sea”, the wreckage may not even give definitive answers and the reasons for not retrieving the plane had been explained in detail to both the Sala and Ibbotson families.

How dangerous is carbon monoxide?

Carbon monoxide is an invisible killer with no smell, colour or taste.

It is deadly because the gas starves the body of vital oxygen.

Your red blood cells contain haemoglobin – its job is to pick up oxygen from the lungs and transport it around the body.

The problem is haemoglobin prefers carbon monoxide and binds to the gas incredibly tightly – the more carbon monoxide the body is exposed to, the less oxygen it can carry.

This has consequences throughout the body, but highly active tissues in the heart and brain are affected first.

What else do we know?

Sala signed for Cardiff on 19 January – just two days before the crash – and had returned to Nantes to say goodbye to his former teammates.

An official search was called off on 24 January after Guernsey’s harbour master said the chances of survival were “extremely remote”.

But an online appeal started by Sala’s agent raised £324,000 (371,000 euros) for a private search, led by marine scientist and oceanographer David Mearns.

Sala’s body was recovered from the wreckage of the Piper Malibu N264DB on 7 February and subsequently repatriated to Argentina.

Mr Ibbotson has still not been found, but it has since been discovered he was not qualified to fly at night.

Details released about Mr Ibbotson on Wednesday showed he had about 3,500 hours of flying experience – of which 30 were flying similar types of aircraft.

Since Sala’s death, Nantes and Cardiff City have been involved in a dispute over the transfer fee after the Welsh club claimed the deal was not legally binding.

Sala’s family and friends claimed he was “abandoned like a dog” before his death.

His father Horacio died in April, three months after his son, after suffering a heart attack at home in Progreso, Argentina.