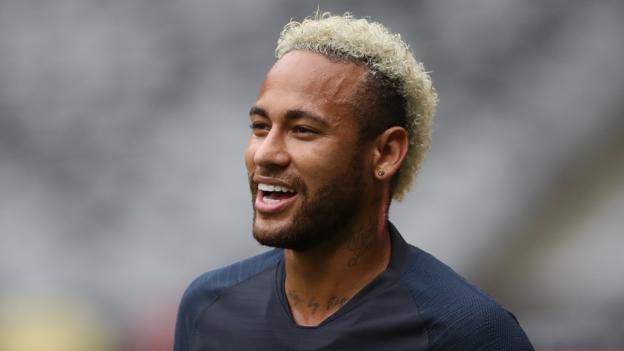 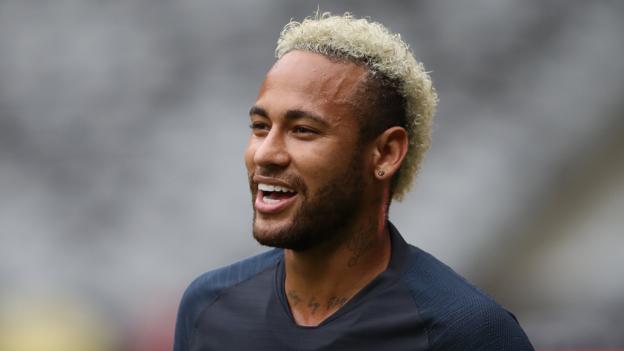 Ivan Rakitic was also discussed with the French club as part of the deal for the 27-year-old Brazil international.

Real have put forward a deal that includes money as well as Gareth Bale and James Rodriguez.

PSG asked for Vinicius Junior but Real did not put his name in the frame.

Neither bid has been accepted, but it is thought PSG would prefer to sell to Real.

Neymar became the world’s most expensive player in 2017 when PSG paid him 222m (£205m) so that he could buy himself out of his contract at Barcelona.

The striker has scored 34 league goals in two seasons for the French champions, although injuries interrupted both of those campaigns.

PSG fans held up a banner telling Neymar to “go away” on Sunday as he missed his side’s Ligue 1 opener against Nimes after sporting director Leonardo said on the eve of the game that talks about the Brazilian’s exit were “more advanced than before”.